By Blessed-CeeJay (self media writer) | 1 year ago

It is no more news that the POTUS (President of United States of America) has contracted the dreaded Corona Virus disease which has been ravaging the whole world and it was also reported that he has returned to the White House yesterday after 3 days in the hospital. 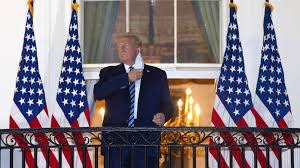 After his return to office he Tweeted on the Bird App saying and i quote "Flu season is coming up! many people every year, sometimes over 100,000, and despite the Vaccine, die from the Flu. Are we going to close down our Country? No, we have learned to live with it, just like we are learning to live with Covid, in most populations far less lethal!!!" end of quote. 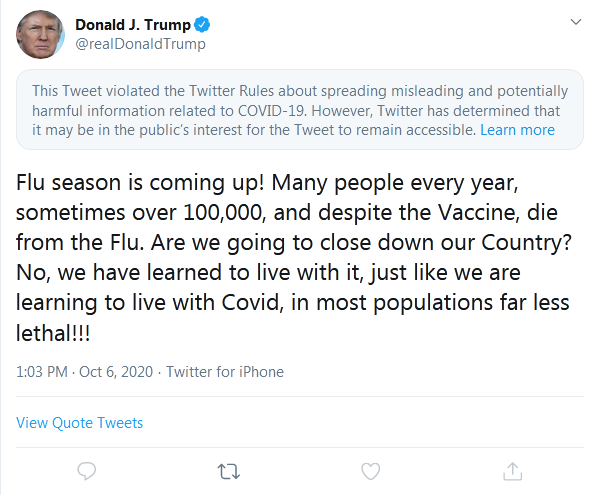 Netizens rebutted what he tweeted and reported it, saying it was misleading and potentially harmful and that he was encouraging people to shun the established safety measures concerning Covid forcing the social media giant to sensor the tweet for violations of the twitter rules.

It seems that he was not satisfied with it and has gone on a twitter storm after sunset yesterday just tweeting and retweeting random stuff almost sounding "Extra Deranged". Here below are some of the tweets he made. 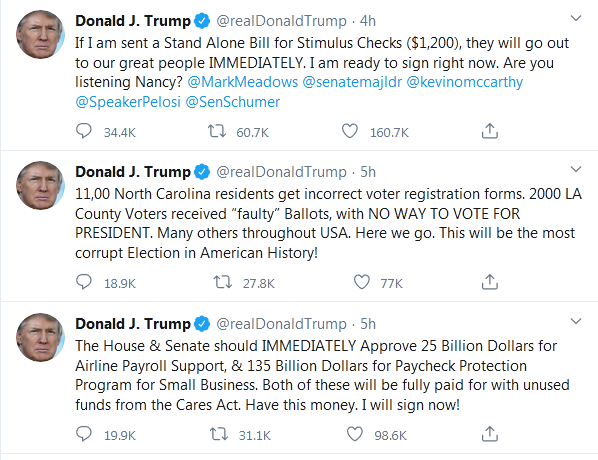 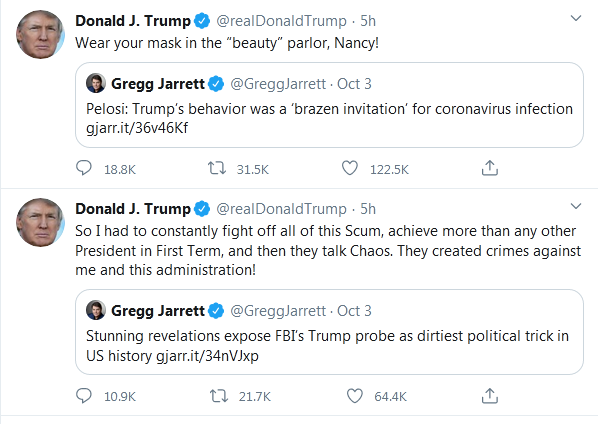 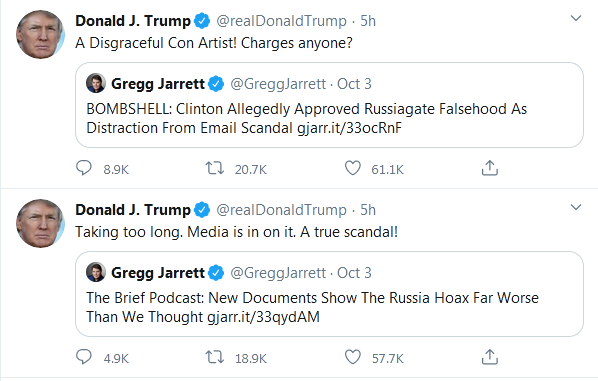 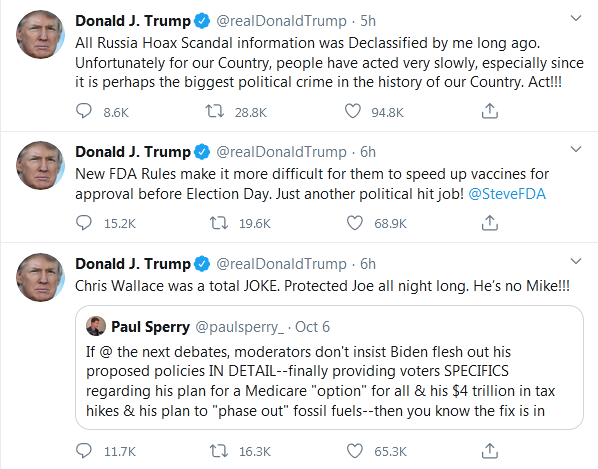 Many people are of the opinion that POTUS is going on a breakdown due to some drugs in his system and also some are of the opinion he was just over hyperactive yesterday night and decided to unleash his extra energy on twitter, some are saying that it was due to the fever delirium that led to his actions; and people are already calling for his resign. 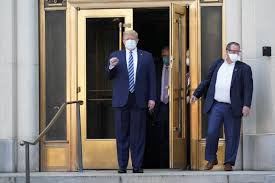 What do you think is the reason for this?

Content created and supplied by: Blessed-CeeJay (via Opera News )