Check Reactions From PDP As Lawyer Claims Magu Could Be Reinstalled

The Peoples Democratic Party, PDP have reacted to the claim by Mr. Magu's Lawyer that the former EFCC boss could be restored back to the office. 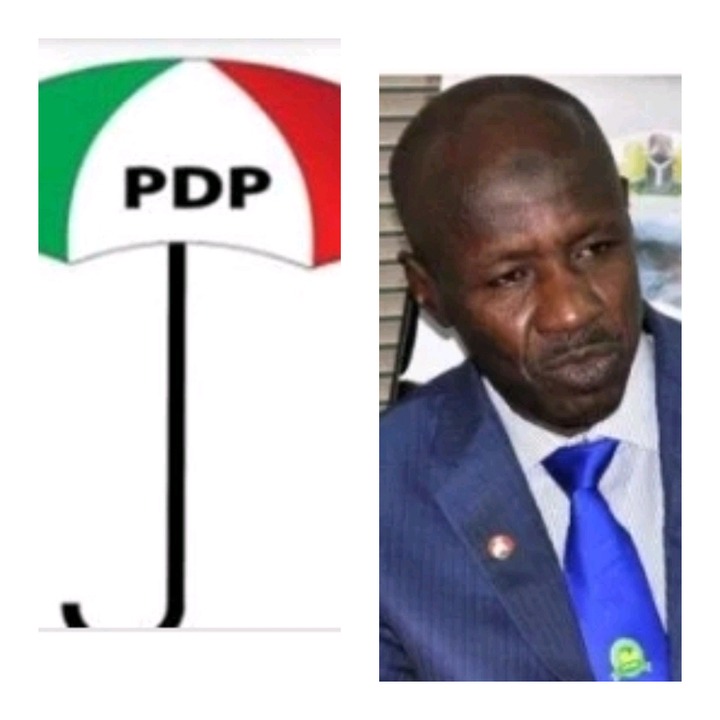 PDP‚Äôs spokesman, Mr. Kola Ologbondiyan has described the claim as a big slap to President Buhari and the panel he set up to investigate the allegations.

Ologbondiyan had claimed that Mr.¬ÝMagu‚Äôs lawyer, Wahab Shittu had boasted that his client is justifiable and could be reinstated as EFCC acting chairman.

According to Kola Ologbondiyan, if Magu is reinstated, that will be a proof of compromise and incompetency on the part of the presidential panel investigating the allegations against Magu.

He said the members of the People's Democratic Party (PDP) and all reasonable Nigerians will be shocked to learn that the lawyer to the suspended EFCC acting Chairman, Wahab Shittu, boastfully declared that he had been sent by Mr. Magu to announce to the mass that he will be restored back to the office.

He also said that such an aggressive statement by Magu‚Äôs lawyer simply implies that the presidency of Buhari and the set up precedential panel have compromised the probe.

He also proved that the statement by Magu‚Äôs lawyer has to deepen the public impression that the investigation has become a fraud and that the charges against Magu will soon be covered rather than prosecuting the offender in a court of law.

¬ÝIn summary, the PDP has expressed their fear that Mr. Magu's lawyer has boasted that his client will soon be put back to his position, and if this happens, the so-called presidential panel, led by Ayo Salami has failed woefully

The past activities of EFCC under Magu‚Äôs leadership is currently being investigated by the retired Justice Ayo Salami-led panel.

Salami‚Äôs panel which was set up by the Presidency has suspended Mr. Ibrahim Magu, who was alleged of fraud, mismanagement, and insubordination.

Magu‚Äôs questioning came after an accusation by Abubakar Malami, who is the Attorney General of the Federation, AGF.

Mohammed Umar was chosen to replace Magu. Umar is now the head of the anti-corruption commission.

What is your opinion about these articles?