By SadiqIsah'sBlog (self media writer) | 1 year ago

The leaders of a nation play a great role in deciding the future of the nation and are responsible for the nation’s progress.

A nation can progress only through decisions of learned and educated leaders.

Many nations fail because they have leaders with less knowledge and intellect to make the right decisions for the country.

Intelligence and education are indispensable components of good leadership.

According to Plato one of the ancient philosophers, it is believed that a learned leader stands a better chance of doing well more than his educated counterpart.

Although African countries are rated as underdeveloped countries with sometimes less than generate l average literacy level, we see a lot of the most highly educated leaders coming from Africa.

Over the years Africa has had some of the most educated presidents in the world and here are the current ones.

Here are the top 10 most educated African presidents.

Paul Biya is the second president of the Republic of Cameroon haven’t and hasn’t office since 1982 and for more than 36 years he has been at the helm of the country.

He was born in Mvomeka'a a small village in the South Region of Cameroon.

He studied at the Lycée General Leclerc in Yaoundé where he obtained a baccalaubaccalaureate France at the Lycée Louis-le-Grand, Paris, going on to the Institut des Hautes études d'Outre-Mer, where he graduated in 1961 with a Higher Education Diploma in Public Law.

He is currently one of the most educated presidents in Africa as well as the second longest-serving president in Africa.

Jorge Carlos Fonseca is a Cape Verdean politician, lawyer and university professor who has been President of Cape Verde since 2011. He served as Minister of Foreign Affairs from 1991 to 1993. Supported by the Movement for Democracy, he won the 2011 presidential election in a second round of voting. Jorge Fonseca completed primary and secondary education between Praia and Mindelo, and later, his higher education in Lisbon, Portugal.

He has a Bachelor degree in Law from the University of Lisbon in Portugal and a Masters Degree in Legal Sciences Faculty of Law, from the same university making his one of the most Educated current African Presidents

Hage Gottfried Geingob is the third and current President of Namibia, he has been in office since 21 March 2015. 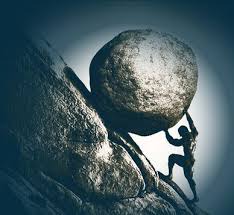 He received his early education at Otavi in South-West Africa under the Bantu Education System. He joined the Augustine, where most of today’s prominent political leaders of Namibia were educated.

President Geingob has a Bachelor of Arts degree from Fordham University, New York, and an M, aster of Arts in International Relations from Graduate Faculty of The New School, New York.

7. George was – President of Liberia

Prior to his election to the presidency, Weah served as Senator for Montserrado County.

During his football career, he played as a striker and is the first and only African player to win the FIFA ballon dor.

We attended Muslim Congress and High School at Wells Hairston High school, He has a BA in Sports Management from Parkwood University in London.

George was also has a Degree in Business Administration from Devry university Miami and a Master's degree in management from Kellers graduate school of management putting him on the list of the most educated presidents in Africa.

Faure Essozimna Gnassingbé has been the President of Togo since 2005.

Content created and supplied by: SadiqIsah'sBlog (via Opera News )