By NaijaReacts (self media writer) | 2 years ago 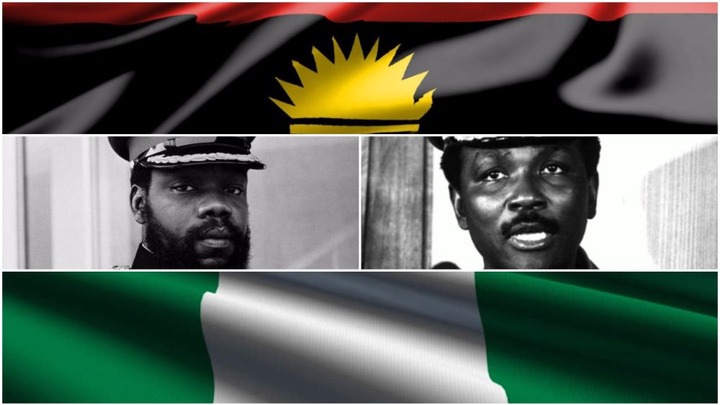 One of the benefits of history is that it informs numerous generations on the things that once happened.

Igbo is one of the major ethnic groups in Nigeria, located on the Eastern part of Nigerian National Map. They are known basically for business and developing of their residential communities. Their basic religious belief is Christianity, mixing up though with Pagans and very few Muslims.

Igbo recognized states are five, which are Abia, Anambra, Ebonyi, Enugu and Imo States in their alphabetical order. These five states shares different traditions, yet have been stronger in spirit of unity among themselves.

THE 3 MAJOR MISTAKES EVERY WISE IGBO PERSON WILL NEVER WANT TO REPEAT.

No historian in Igbo land will ever give ear to the words of anyone whom would ever tell them to refuse to be counted during any future Census in Nigeria. 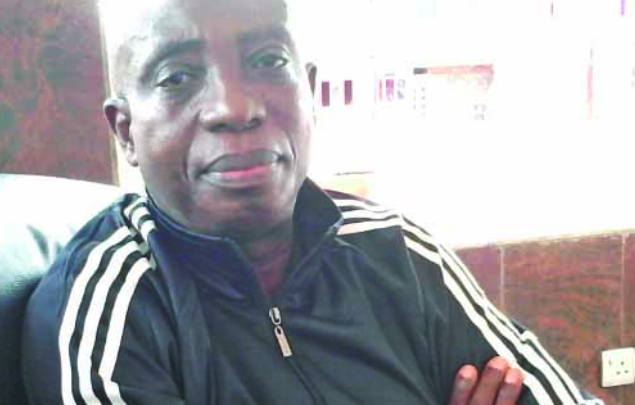 This is so because, the Igbos are yet to come out of the problem they were thrown into, when Chief Ralph Uwazuruike, the leader of Movement for the Actualization of the Sovereign State Of Biafra (MASSOB) asked the Igbos to boycott the 2006 census of the nation which remains the last census till date, in a bid for the actualization of Biafra quickly. The Igbos who obeyed Uwazuruike’s misleading and mischievous call did not realize the implication then: when the census was conducted, the population of the Igbos were declined. Federal resources are usually distributed based on population of an area.

Even generations to come can never boycott census of their nation in Igbo land.

Igbos have woken from trusting and believing lies. Some elections were boycotted in the South-Eastern, which has brought them more set back politically. 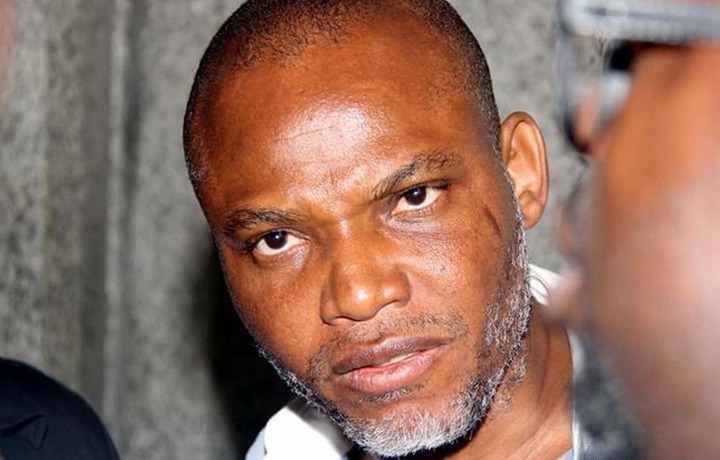 Igbos proved this when Nnamdi Kanu, leader of the Indigenous People Of Biafra (IPOB), started hitting the airwaves and heating up the Nigerian polity with the London-based Radio Biafra, a platform through which he released his hate speeches and insults, he probably thought the development earned him the mouthpiece of the Igbo race. Moreover, when his sit-indoor-order reportedly received about 80 percent compliance within some major cities in the South-east zone of Nigeria, he might have felt that circumstances have automatically placed the leadership of the entire Igbo race on his palms. Apparently, the same way unfolding situations in the 1960s placed the leadership of Igbo land, and indeed, the defunct eastern region on the shoulders of the then young Biafran leader, Col Emeka Ojukwu. But the two scenarios are not the same. They can hardly be. Kanu perhaps felt emboldened to speak, even about matters he ought to have maintained silence on. Towards the end of June 2018, the IPOB leader reportedly called on Anambra people to boycott the governorship election scheduled for November 18 2018. However, for the first time, the leadership of Ndigbo seemed to have risen up to the occasion by not only scolding Kanu but also calling him to order. That Kanu heads IPOB and directs a pirate Radio Biafra, does not make him the Igbo spokesman. The highest Igbo socio-cultural organization, Ohanaeze Ndi-Igbo, hit hard on IPOB and Kanu with a warning to desist from actions capable of heating up the polity. Ohanaeze was reacting to IPOB’s call for a boycott of then governorship poll in Anambra State. Igbos insisted that the leaders of any Pro-Biafra movement must not arrogate to themselves the supreme leadership of Igboland.

Their action aborted the new problem that would have landed on the Igbos. It made many Igbos to refused boycotting of the 2019 Presidential election.

War is one of the things that every wise person must avoid at all costs.

Although, the Eastern Region Consultative Assembly unanimously asked the then leader of defunct Eastern Region, Col Emeka Ojukwu, to declare the Republic of Biafra. But unlike Kanu, who is still acting alone, basking in the euphoria of gullible Igbo young men and women who, one prays, wouldn’t push him to do things that may burn the fingers of Igbo people. 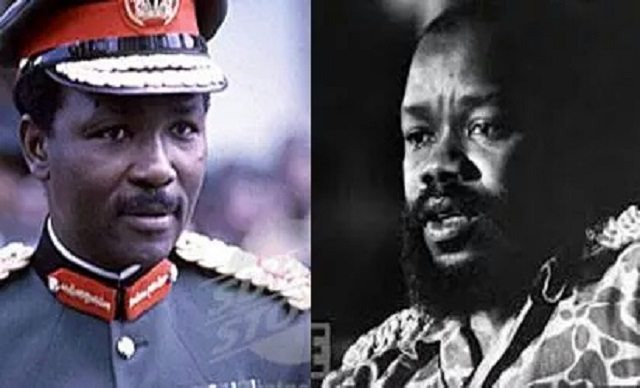 Let our Igbo Youths have a rethink. May God forbid, if another civil war erupt now, where will they start, who will give them the "false promised" ammunition, what military training or experience do they have? 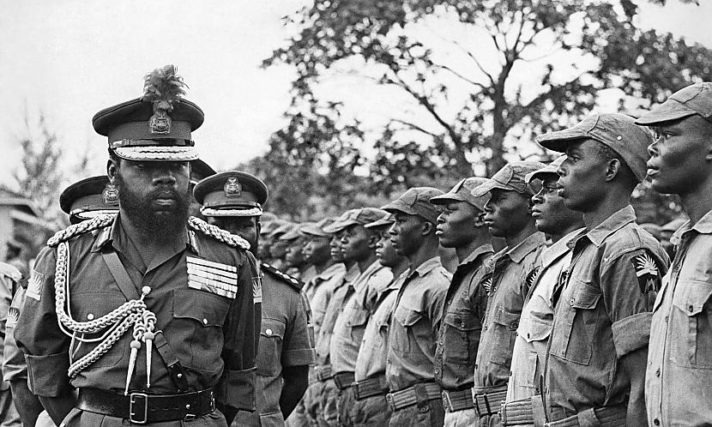 As old and exposed as I am, I will never be in support of any other brand of Biafra agitation that would involve physical engagements, assault or insults and preaching ethnic hatred. The Biafra agitation I support is a peaceful one. A Biafra founded through a referendum or legislative process backed by law and not violence. 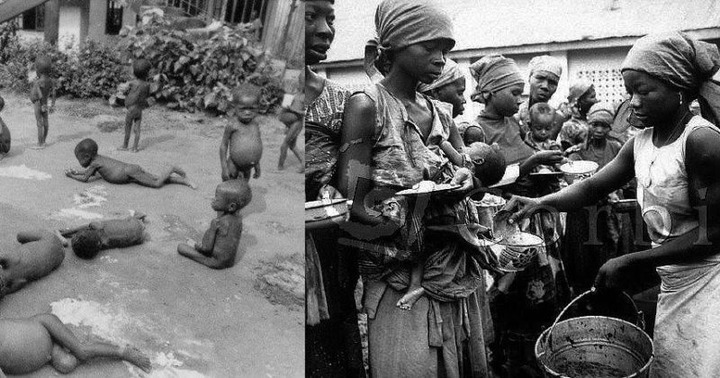 But Kanu ‘who was born yesterday’ and didn’t experience the agonies of the Civil War is busy crusading for violence, blood, war. He is still basking in the euphoria of the media spotlight he has gotten so far.

I am fully in support of a united Nigeria where peace, love, fairness, justice, equity and equality of opportunity are paramount regardless of creed, ethnicity, gender or political affiliation.

I also declared my support for the restructuring of Nigeria on the basis of fairness and equity, while also appealing to the federal government and all Nigerian leaders to quickly set in motion the process of dialogue among Nigerians on the modalities of achieving the issue within a reasonable time frame.

👉 NNAMDI KANU IS NOT A MESSIAH