The Minister of Niger Delta Affairs, Senator Godswill Akpabio, on Monday said most contracts of the Niger Delta Development Commission were awarded to members of the National Assembly.

Akpabio said this in Abuja at the sitting of the House of Representatives committee investigating the NDDC.

Also on Monday, the NDDC acting Managing Director, Prof Kemebradikumo Pondei, slumped while being interrogated by the lawmakers.

Besides the forensic audit of the commission ordered by the President, Major General Muhammadu Buhari (retd.), both the Senate and the House of Representatives are currently investigating alleged financial recklessness in the commission.

Pondei and other top officials of the NDDC had on Thursday walked out of the House of Representatives committee probing the commission after calling for the resignation of its Chairman, Mr Olubunmi Tunji-Ojo, accusing him of “crime against the commission.”

When the committee began its sitting on Monday, its chairman, withdrew from the probe and his Deputy, Thomas Ereyitomi, presided over the hearing. The Ondo State Governor, Mr Rotimi Akeredolu, has emerged the candidate of the All Progressives Congress for the October 10 governorship election in the state.

In the result declared around 12.25am, Akeredolu won in all the local government areas of the state, defeating other seven contestants.

The primary of the APC was conducted with over 2,500 delegates from the 18 local government areas of the state who converged on the International Event Centre, Alagbaka, Akure, the state capital, to cast their votes.

Scores of armed security men from the police, the Department of State Services, the National Security and Civil Defence Corps and men of the Federal Road Safety Corps, were deployed in the venue of the exercise.

Revised 2020 Budget: Education and other concerns 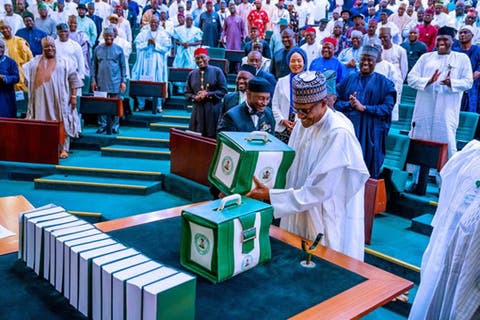 ADVERSITY comes in many forms-acute, cyclical, long-term and systemic. It sometimes affects individuals or single firms; other times it cuts across a wide swath of entities. However, its pathology is consistent: Adversity constrains a key resource which then depresses demand, supply or both.

That gives rise to unmet needs and releases other resources that become redundant. Unarguably, the above words by Bhaskar Chakravorti, a distinguished scholar at MIT’s Legatum Centre for Development and Entrepreneurship, made a whole lot of sense. But one distinction to make is that while some afflictions are natural, many are self-inflicted and the rests are inflicted by those in the position of authorities on their subject via bad policies and enactments of unjust laws.

As we all know, while an unjust law on the other hand is a code that is out of harmony with moral laws, bad governance on its part entails the lack of diligent exercising of the economic, political and administrative authorities to manage a country’s affair at all levels within the rule of law in such a manner that delivers maximum dividends to citizens. Conventionally also, governance is anchored on the Constitution and effective leadership. The Edo State Government has said the protest by workers of the defunct Edo State College of Education Ekiadolor is politically motivated, noting that the protesters were sponsored by politicians hellbent on derailing development in the state.

Commissioner for Education, Hon. Jimoh Ijegbai, in a chat with journalists, denied the claims by the protesters, noting that not only have arrears owed by the previous administration been cleared, but that the workers are being paid even while they were not working.

He traced the genesis of the agitation by the workers to the policies of former Edo State Governor, Comrade Adams Oshiomhole, who had converted the college to Tayo Akpata University without a clear-cut direction on managing the interest of the workers. 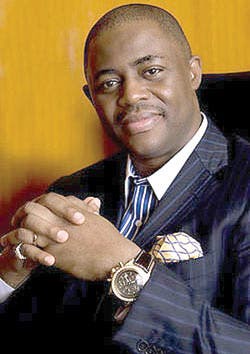 This is contained in a statement signed by the Emir of Shinkafi, Alhaji Muhammad Makwashe and made available to newsmen in Gusau on Monday.

Makwashe said that the title was conferred to the former minister following his support and contrib utions to the development of Shinkafi emirate.