Days After He Was Arrested And Sacked For Criticizing Buhari, Check Out What Dawisu Has Done Next

We all remember Salihu Tanko-Yakassai, not so? The media adviser to Kano State Governor Abdullahi Umar Ganduje who was arrested some weeks ago for criticizing President Buhari and the APC administration. 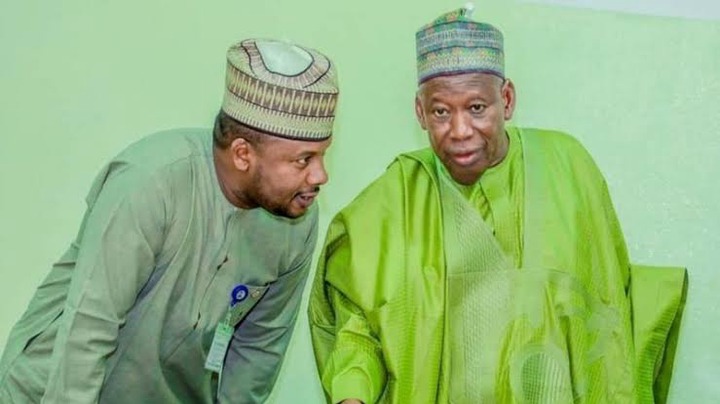 In a post which he made on Twitter, Salihu Tanko, popularly known as Dawisu, had said that the APC government has failed Nigerians at all levels in their number one responsibility of protecting the lives and properties of the citizens. He said that not a single day passes without one insecurity problem or the other, and that this is a huge shame, and that the government leaders should resign if they cannot deal with the terrorists in the country. 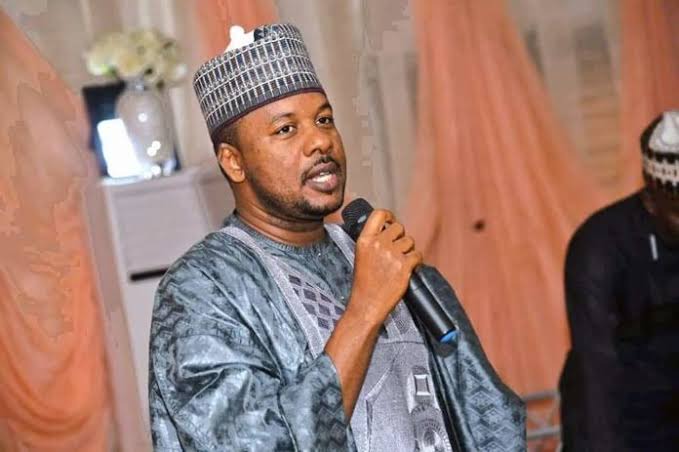 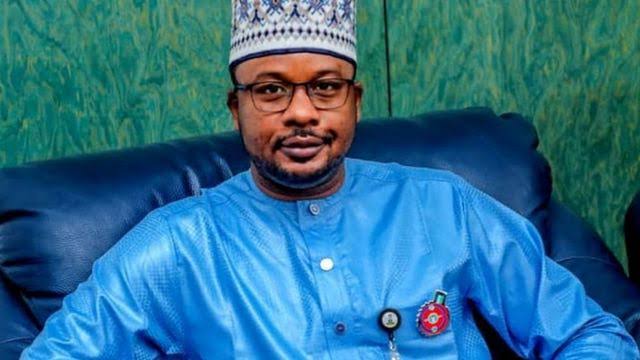 Shortly after the tweet, the shocking report had emerged that Salihu has been arrested by operatives of the State Security Service (SSS). While speaking about the arrest of his son, his father, Yakassai Tanko had said that his son was arrested on his way to the bathing salon to cut his hair. 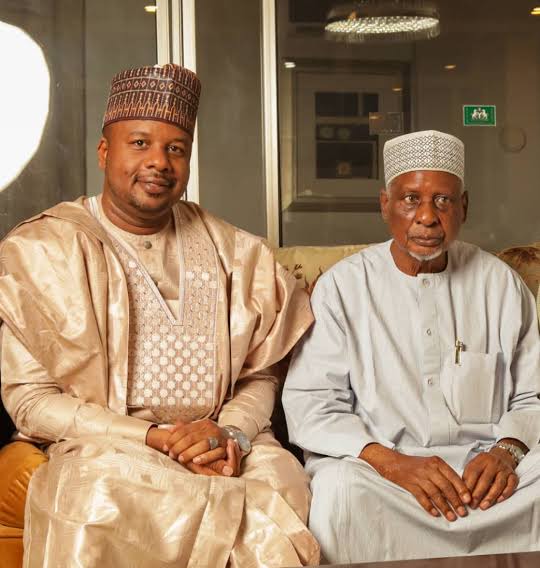 His arrest and detention had generated a storm on social media, as people began calling on the government to release Dawisu immediately, because as a citizen of the country, he has the freedom of speech. They said the arrest was a clear infringement on his fundamental human rights.

As if arresting him was not enough, reports later emerged that Dawisu has been sacked by the state government.

The State Commissioner for Information, Muhammad Garba, while confirming his sack to the media, had said that Dawisu was sacked because he failed to differentiate between personal opinion and official stance on public matters, and that he cannot be allowed to serve in a government he does not believe in. 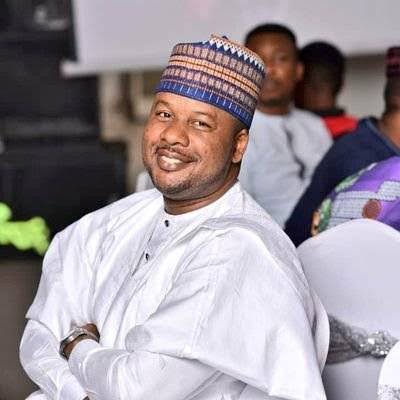 Since after his sack, the concerns of some people have been how life is going to be for him after that, and what his next line of action will be.

And in a rather surprising way, he did something today that attracted hundreds of reactions from people. He took to his Twitter handle to announce that he has left Nigeria.

Though he did not mention the country he left to, but many felt that it is a good move for him because his life may not be safe if he continues to stay in Nigeria.

See the photos of his departure that he shared: 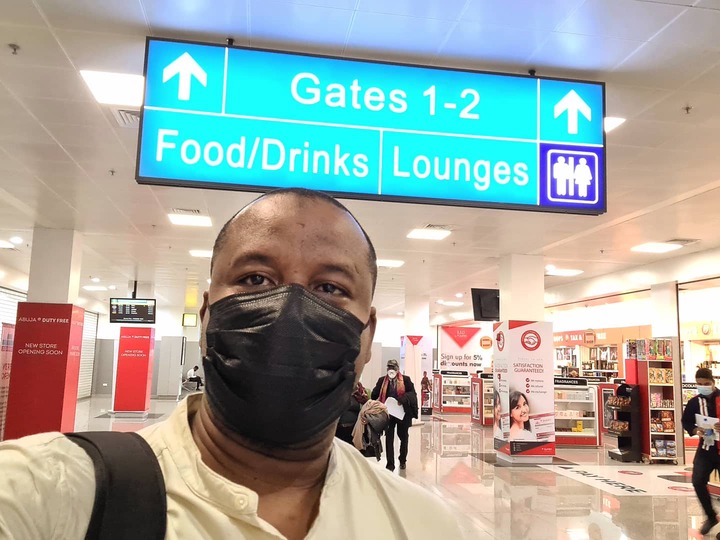 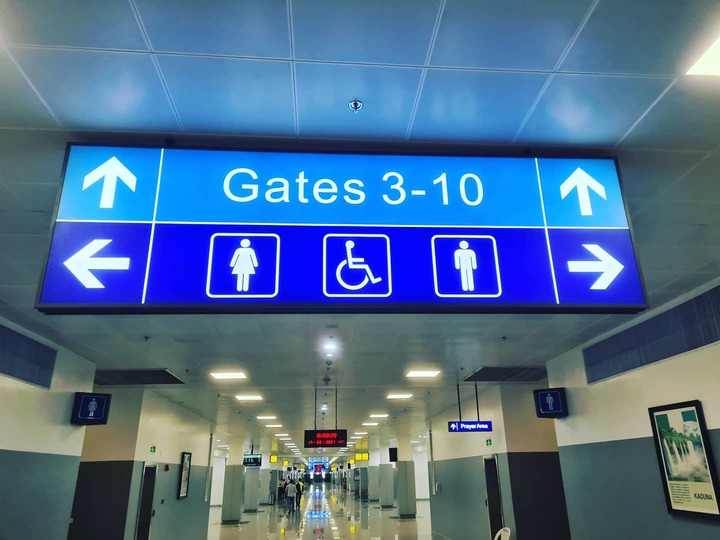 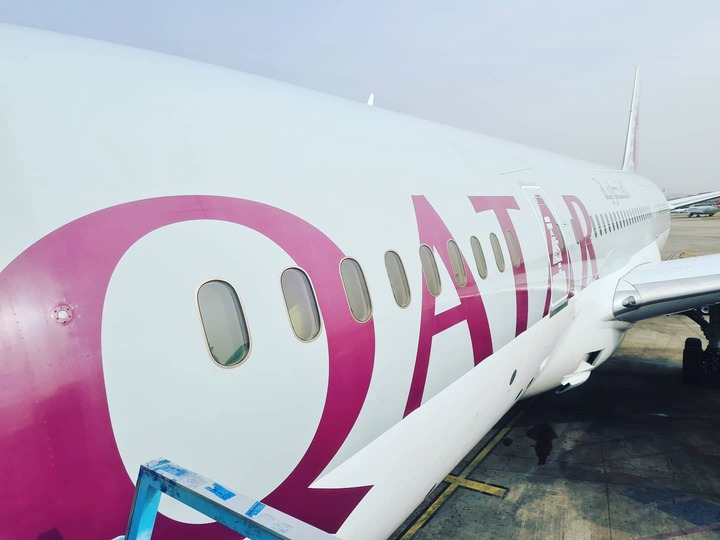 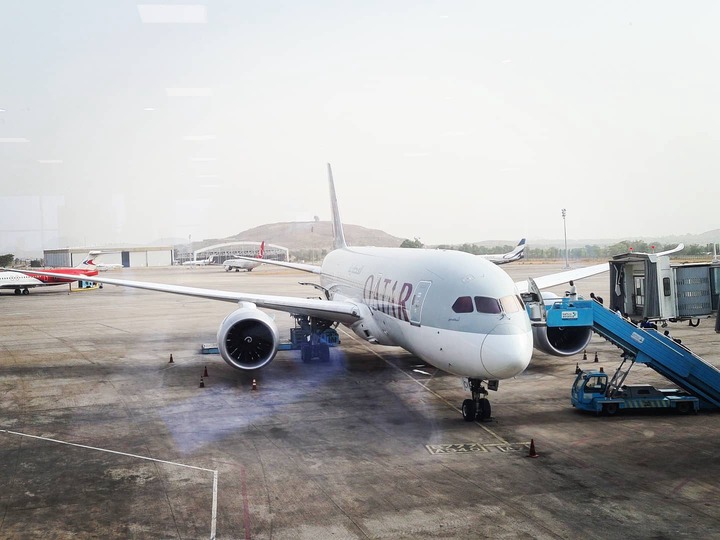 Others also made joke about his departure, saying that he could not withstand the heat, but had to run away after just one arrest. Below are some of the reactions from the public: 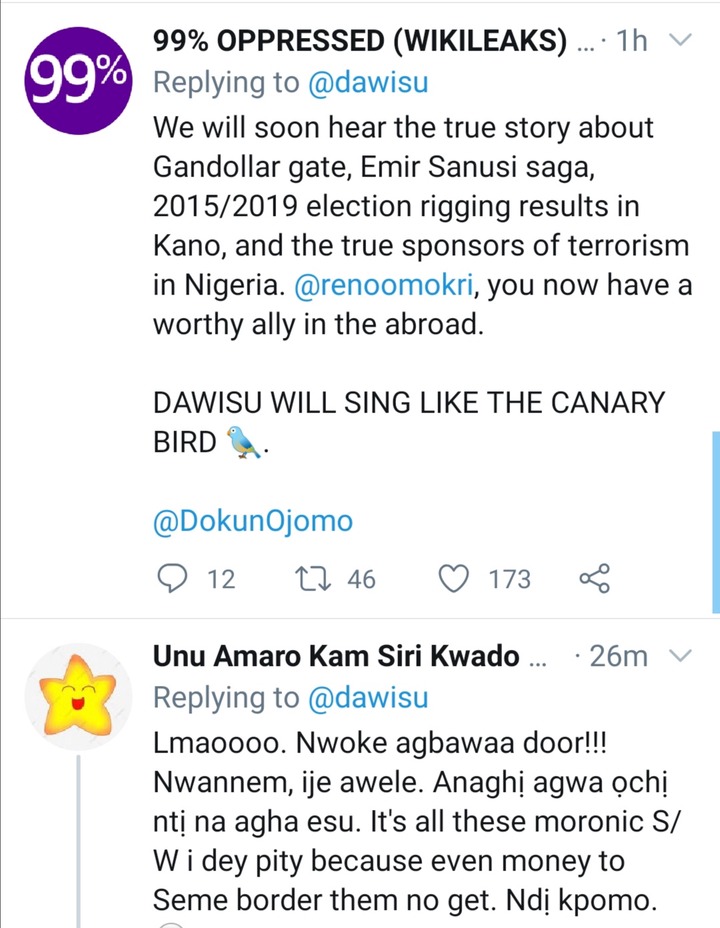 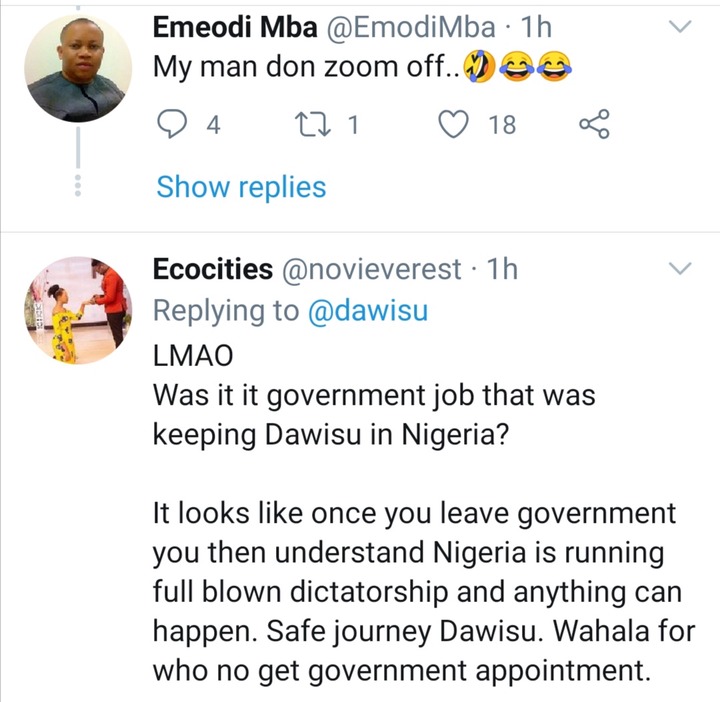 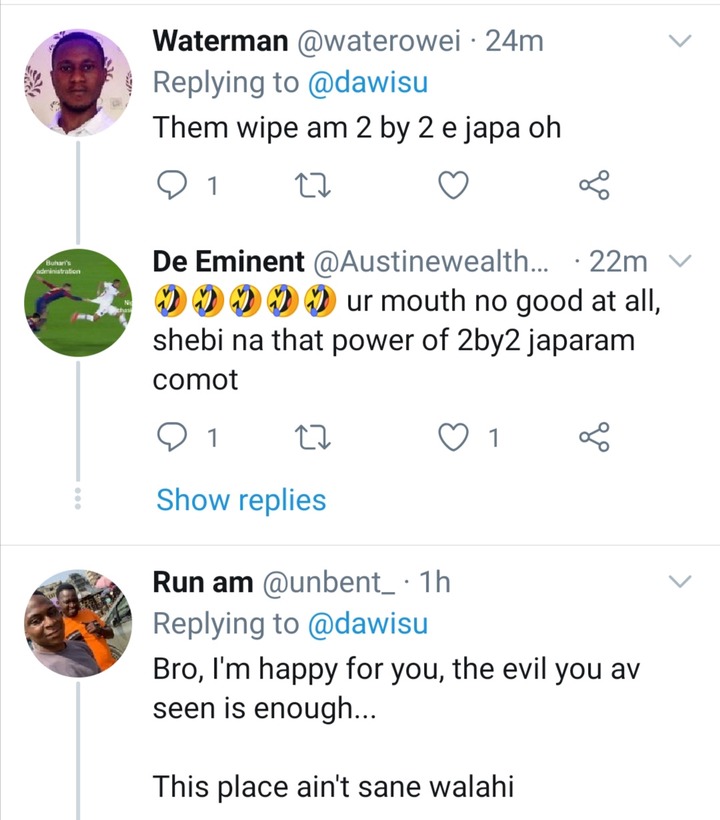 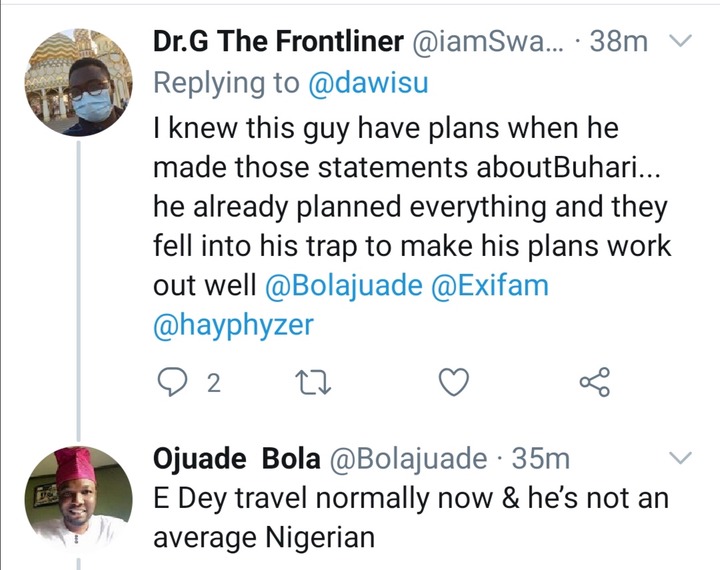 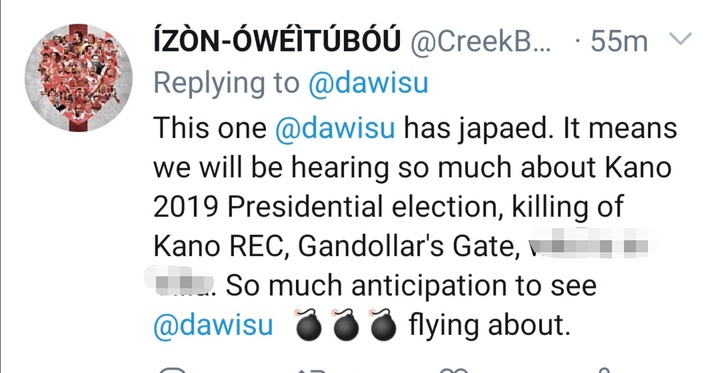 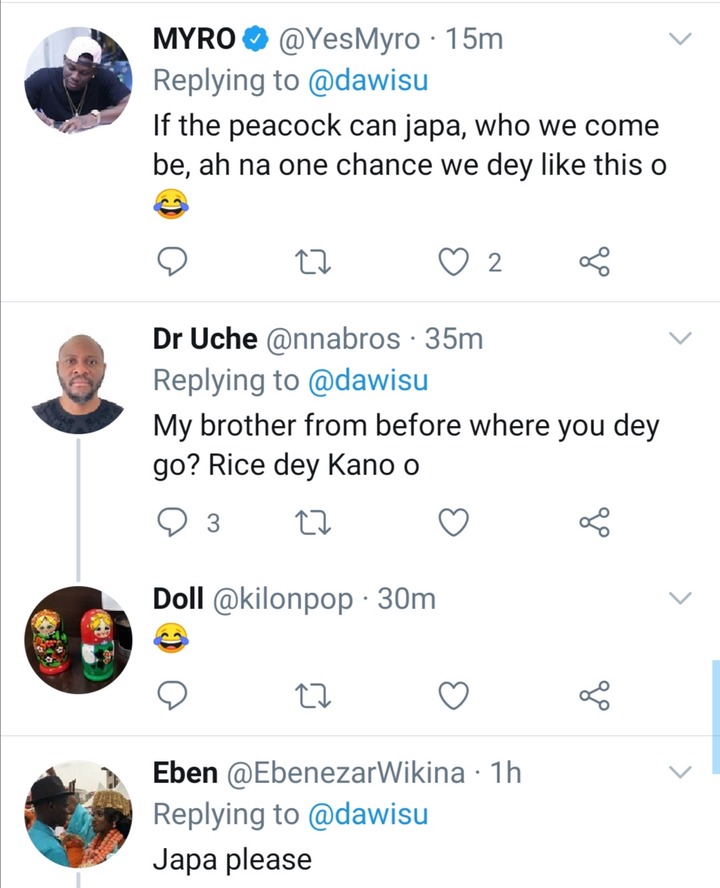 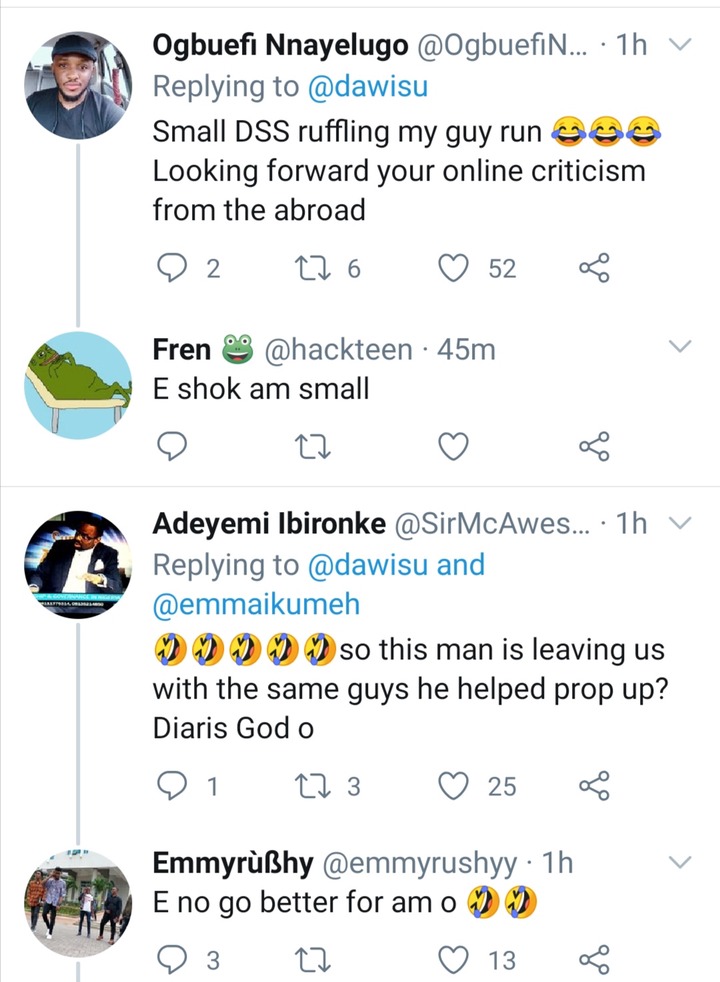 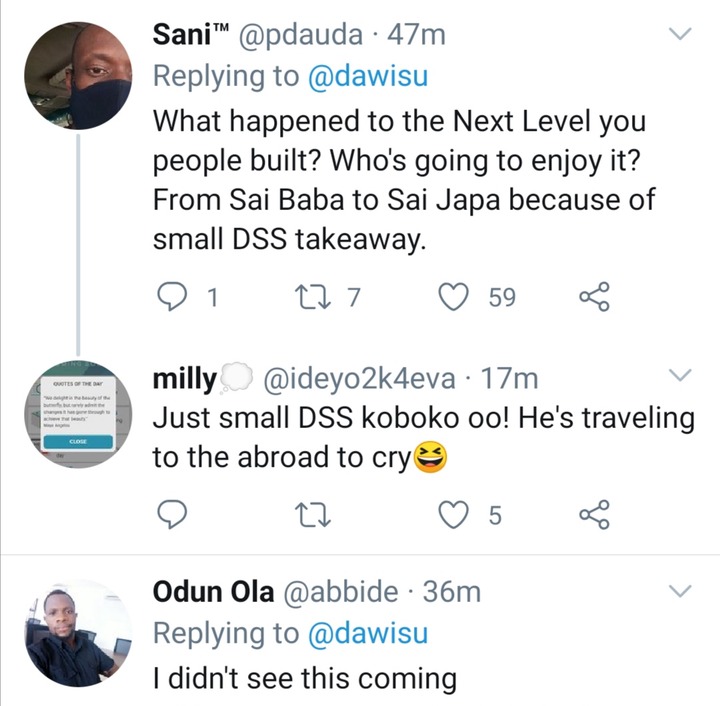 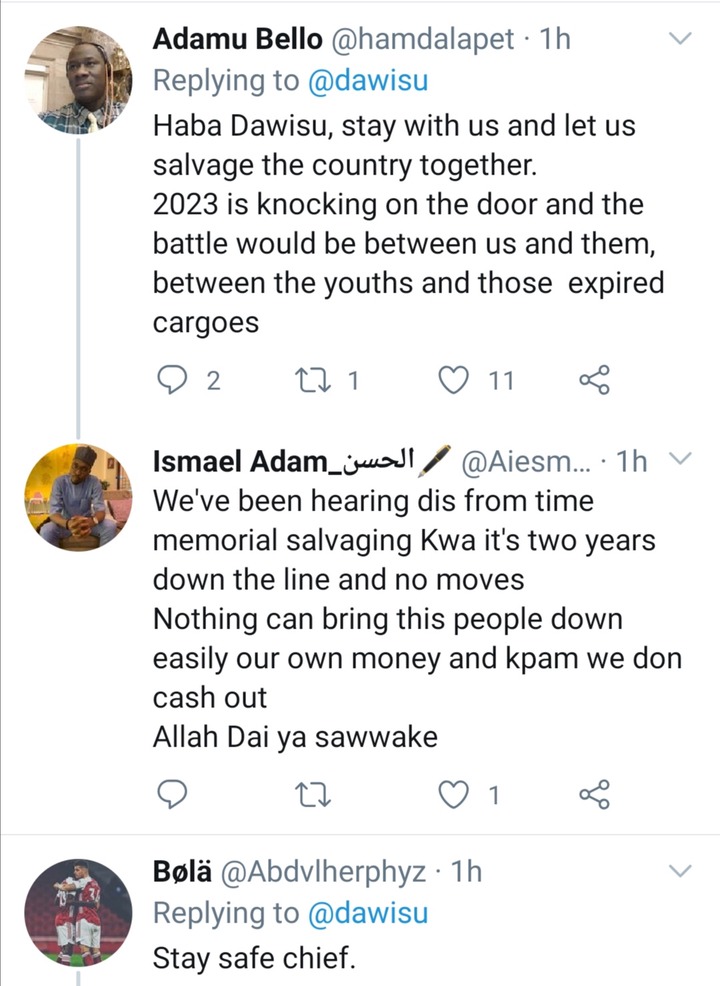 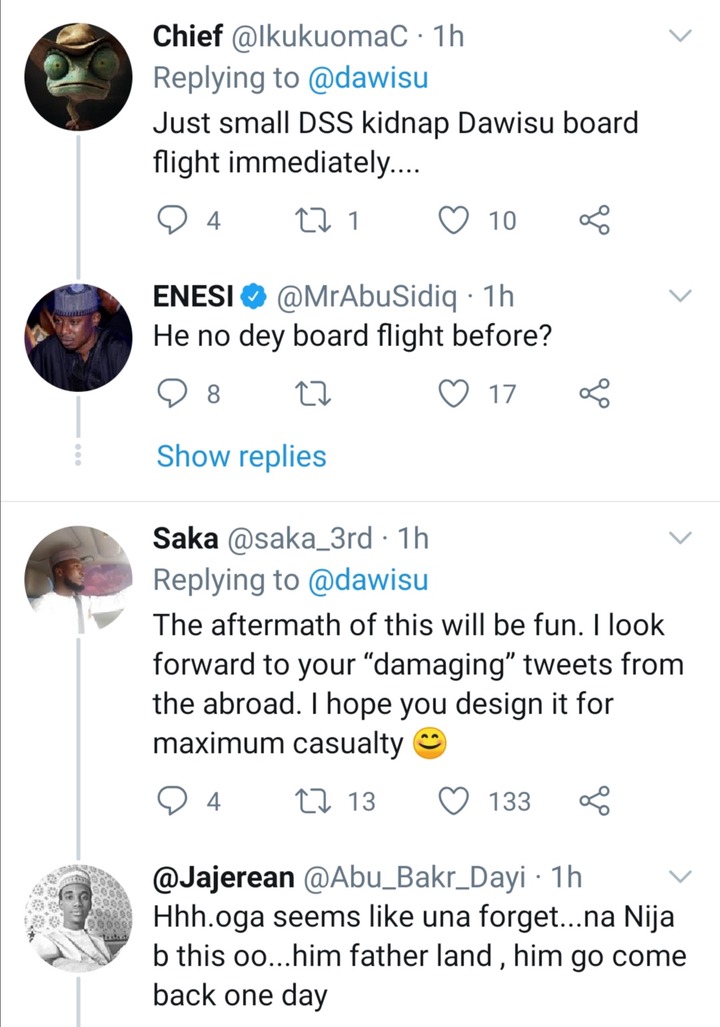 Do you think running away is the best thing for Dawisu to do instead of staying to put his own efforts into making Nigeria a better place? Tell us what you think, and also share the article so that others can contribute too.

Say No To Super League", Football Fans Around The World Blast Their Club Owner As They Joined League