Reno: Since the JangebeGirls have been released, gunships should kill the bandits in Zamfara forests

Not long after the reports of the release of the schoolgirls of Government Secondary School in Jangebe, Zamfara State had dribbled in that Reno Omokri has charged the administration of President Muhammadu Buhari with one thing.

Reno, the self acclaimed Buhari tormentor in one of his tweets on Friday evening, emphasized that Zamfara State needed the soldiers, artillery and helicopter gunships the most when he said “If the soldiers, artillery, and helicopter gunships sent by @MBuhari to terrorize Orlu, had been in Zamfara, where they are really needed, the #JangebeGirls wouldn’t have been abducted. SE is peaceful. Yet, there are more checkpoints there, than in the NE/NW.”

And just as he learned about the release of the JangebeGirls that he charged the administrations of president Muhammadu Buhari to send forth the same level of helicopter gunships to the Zamfara forests where the schoolgirls were kept, and destroy the bandits the way the ESN were killed by the military in the forest of Orlu.

“Now that the #JangebeGirls have been released, we expect the @MBuhari administration to send the same level of helicopter gunships to the Zamfara forests where they were kept, 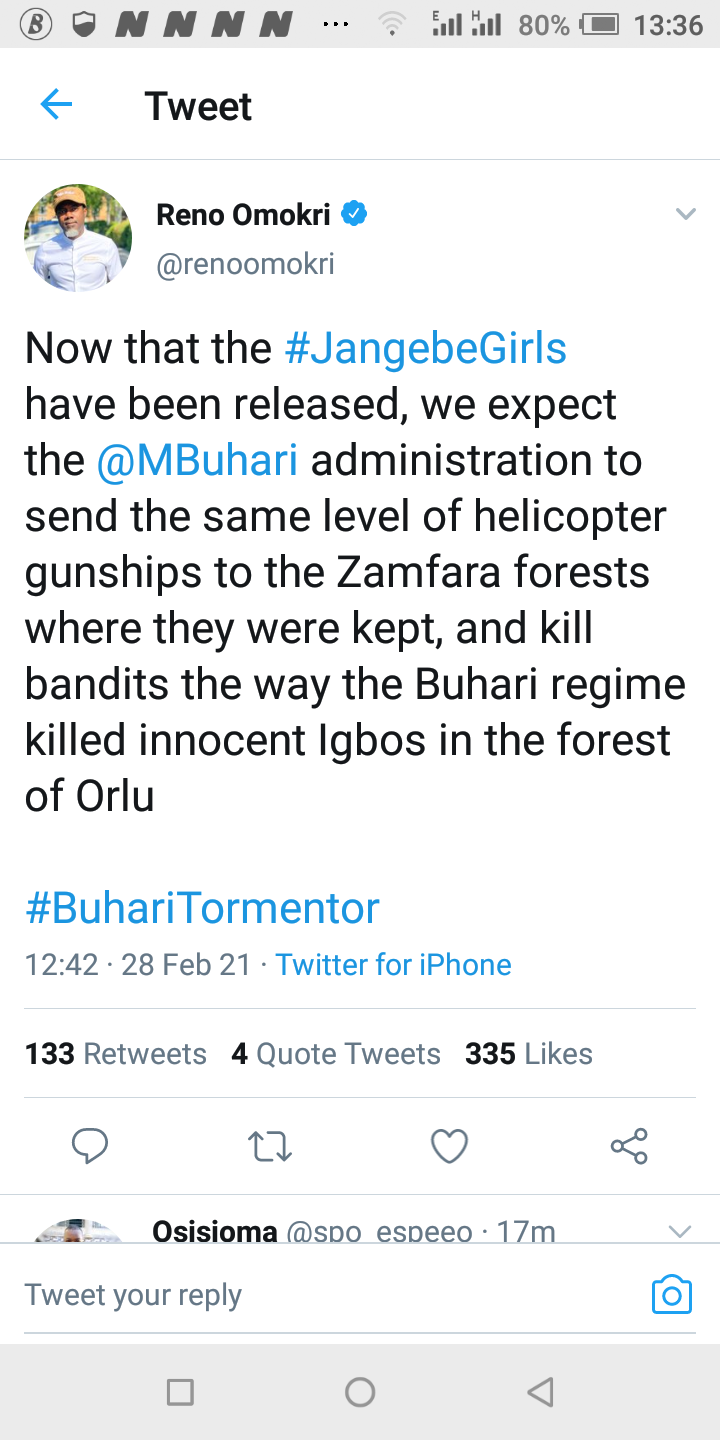 and kill bandits the way the Buhari regime killed innocent Igbos in the forest of Orlu.” 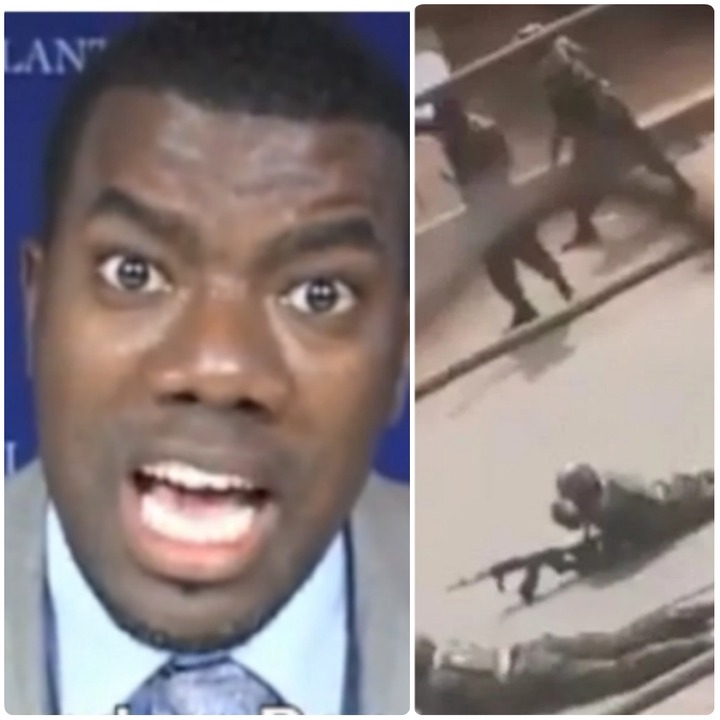 One important discovery by Fulani herdsman in Nigeria.

Photos of Maiduguri that the media won't show you

INSECURITY: There's too much forest land in the north