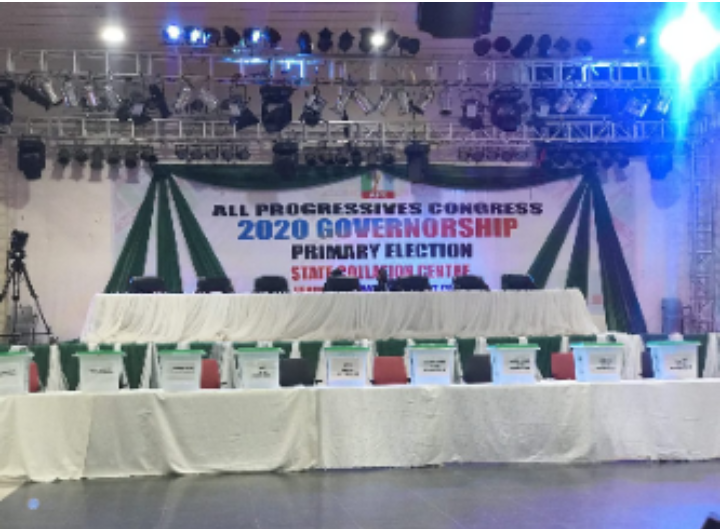 Today, Monday 20th Of July is the day for the All Progressives Congress (APC) party's primary election for the gubernatorial race in Ondo state.

According to a report by 'PM News', the party is currently conducting it's primary election today in Ondo state to elect the standard-bearer in preparation for the October 2020 governorship election.

And surprisingly, only some hours the commencement of the election, three (3) of the governorship aspirants already withdrew from the race to rally round in support of the incumbent governor of the state, Gov Rotimi Akeredolu, in his second term election into the governorship office.

These three aspirants, who have dropped out of the race were reported to have also been contestants in the party’s primary of APC in year 2016, and the include: Dr Segun Abraham, Mr Jimi Odimayo and Nathaniel Adojutelegan.

There had initially been controversies regarding the mode and system adopted for primary election, in which all of the aspirants with an exception of Governor Akeredolu, we're against the indirect primary mode which was adopted by the party.

Below are more details on the update of the primary election in Ondo state today, Monday 20th of July: