The Ijaws Of Ondo State Are Not Yorubas, They Won't Be Included In The Yoruba Nation -Bishop Francis 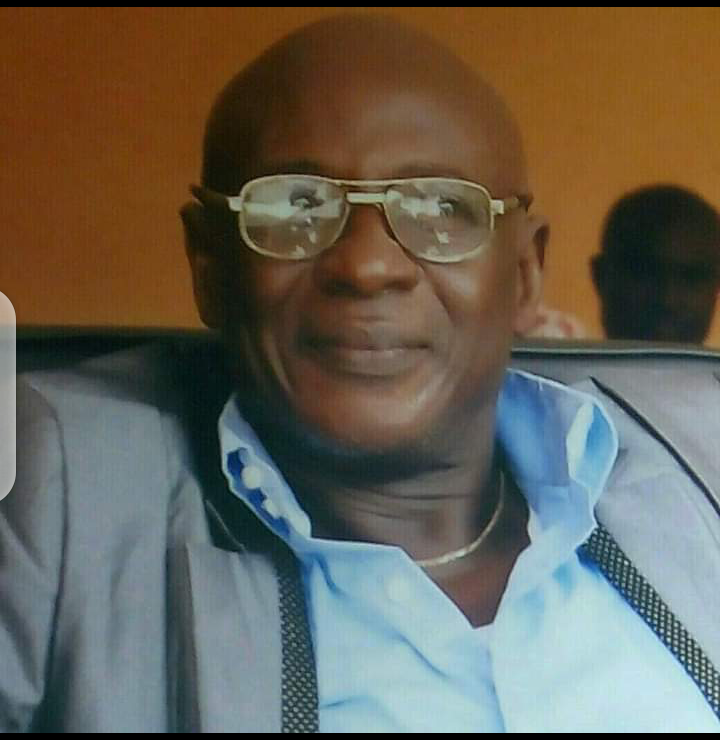 Bishop Francis Akinnola is one of the renown Nigerian clergymen who have been a cheerleader for the agitation of Yoruba Nation. He was also a part of the charismatic and faith movements in Nigeria, and he became the Apostle that brought Pentecostalism, in general, to the old Ondo State. He is considered the father of Pentecostalism in Ondo Kingdom. He took to his verified Facebook page to reveal that Ijaws of Ondo State are not part of the Yoruba's. 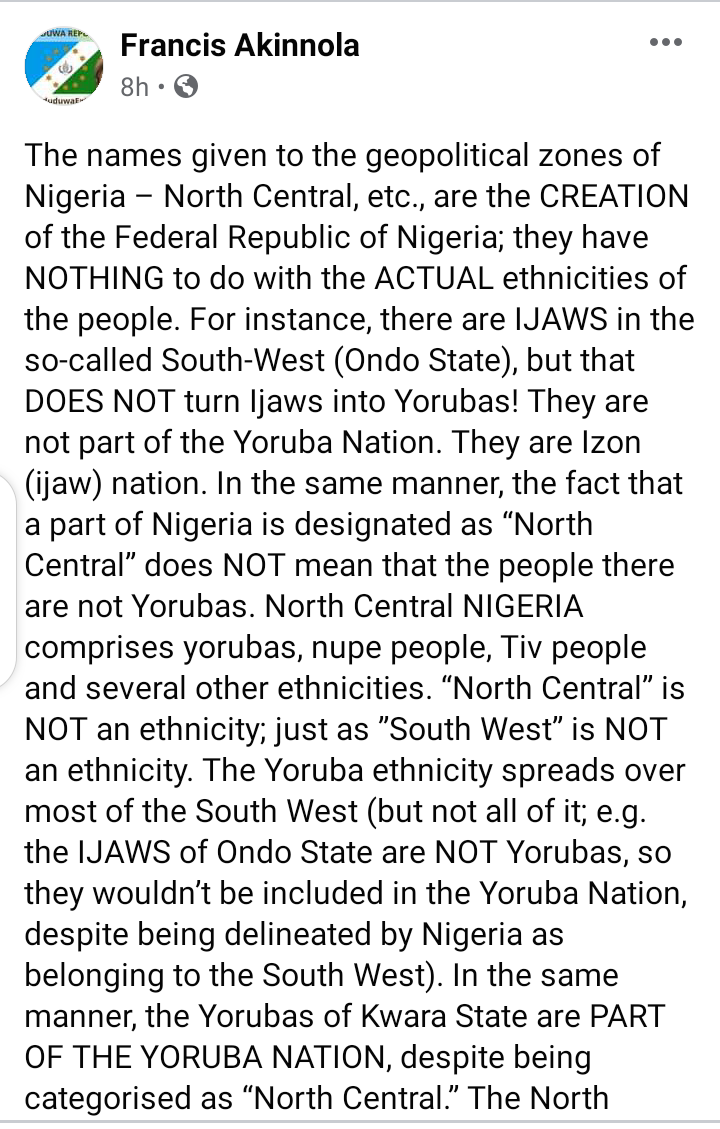 The names given to the geopolitical zones of Nigeria – North Central, etc., are the CREATION of the Federal Republic of Nigeria; they have NOTHING to do with the ACTUAL ethnicities of the people. For instance, there are IJAWS in the so-called South-West (Ondo State), but that DOES NOT turn Ijaws into Yorubas! They are not part of the Yoruba Nation. They are Izon (ijaw) nation. In the same manner, the fact that a part of Nigeria is designated as “North Central” does NOT mean that the people there are not Yorubas. North Central NIGERIA comprises yorubas, nupe people, Tiv people and several other ethnicities. “North Central” is NOT an ethnicity; just as ”South West” is NOT an ethnicity.

The Yoruba ethnicity spreads over most of the South West (but not all of it; e.g. the IJAWS of Ondo State are NOT Yorubas, so they wouldn’t be included in the Yoruba Nation, despite being delineated by Nigeria as belonging to the South West). In the same manner, the Yorubas of Kwara State are PART OF THE YORUBA NATION, despite being categorised as “North Central.” The North should STOP their dirty tactics of blurring Ethnic boundaries through politically-created geopolitical zones.