By sulayadisa (self media writer) | 8 days ago 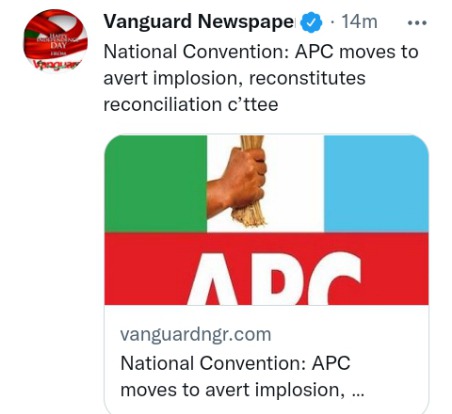 As part of measures to stave off a possible implosion within its ranks, the ruling All Progressives Congress, APC, has reconstituted its National Reconciliation Committee, with a view to reconciling all aggrieved stakeholders ahead of its national convention.

National Chairman, Caretaker Extraordinary Convention Planning Committee CECPC, Governor Mai Mala Buni of Yobe State, who inaugurated the committee, said it was gratifying that loyal party members had complied with the directive to withdraw the multiple court cases instituted against the party.

“This has no doubt contributed to the speedy reconciliation and rebirth of the party. I am proud to say that our party today is more united, stronger and bigger,” he stated. 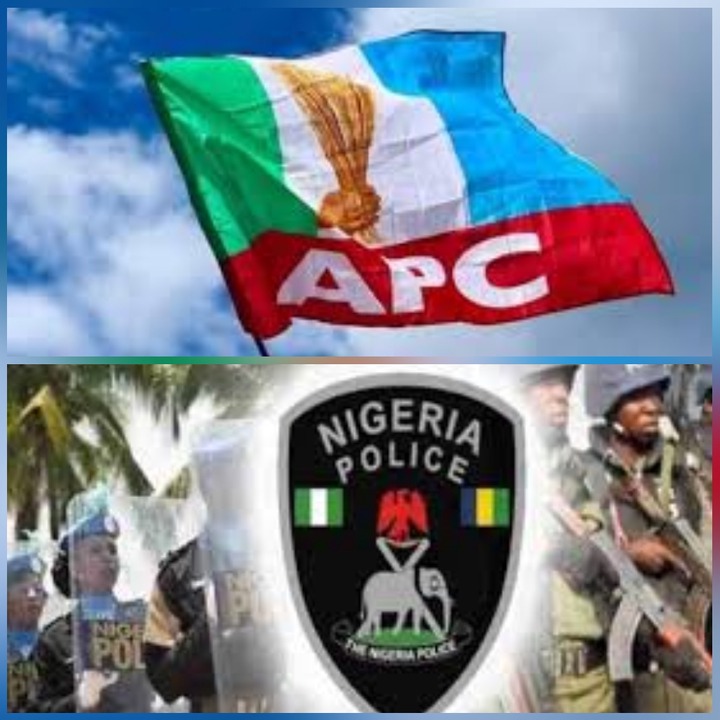 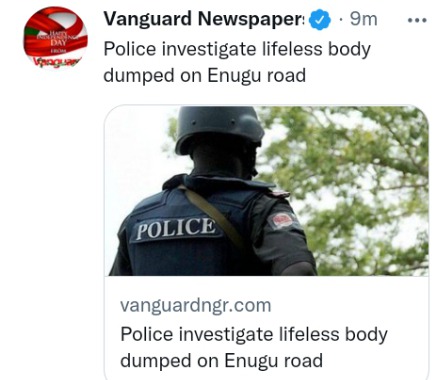 The Police Command in Enugu State says it has started investigation into the alleged murder of Stephen Ajah in Nkanu West Local Government Area of the state.

The Command’s Public Relations Officer, ASP Daniel Ndukwe, in a statement issued to journalists in Enugu, said that the lifeless body of Ajah was found on the Ozalla-Agbani Road in the early hours of Monday.

He said: “There was a reported case of murder of a young man identified as Stephen Ajah, along Ozalla-Agbani Road in Nkanu West Local Government Area by yet-to-be identified armed men. 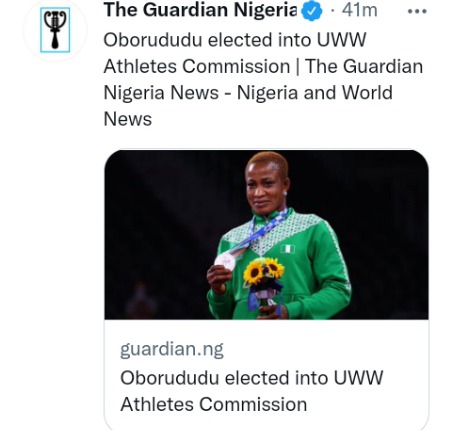 Tokyo 2020 Olympics silver medallist, Blessing Oborududu, has been elected into the United World Wrestling (UWW) Athletes Commission as Africa’s sole representative for the next four years (2021 to 2025).

The 10-time African champion polled 90 votes from the 397 athletes, who participated in the election during the 2021 World Championships in Oslo, Norway at the weekend.

The 32-year-old Commonwealth gold medallist will join six other wrestlers from Europe (two), Asia (two), Americas and Oceania in the Athletes Commission.

Ijaw will support a detribalised candidate for President-INC 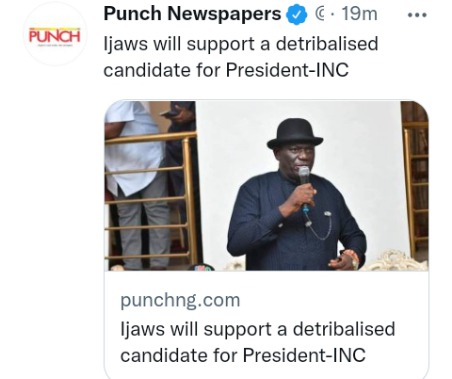 The President of the Ijaw National Congress, Prof. Benjamin Okaba on Monday said the Ijaw ethnic group would support a detribalised Nigerian to emerge as president in 2023.

Okaba said this while speaking during a programme on Rhythm 93.7FM, Port Harcourt, monitored by our correspondent.

He said, “First and foremost, the Ijaw nation is not very particular about the elections in 2023 because, during our visit to the Presidency, we made it very clear that our commitment to the Nigerian project is dependent on inclusion. 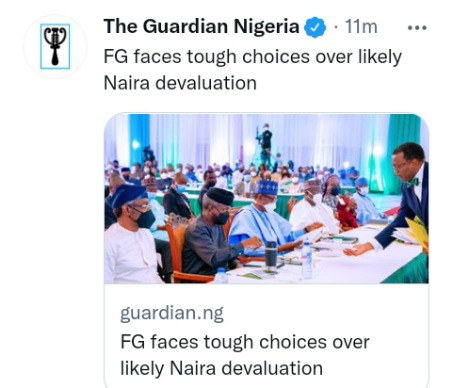 In apparent contradiction of its earlier stance on floating the naira, the Federal Government, yesterday, prevailed on the Central Bank of Nigeria (CBN) to allow the currency to reflect market realities.

According to Vice President, Prof. Yemi Osinbajo, the exchange rate is artificially low, and this is deterring investors from bringing foreign exchange into the country, adding that the current practice, which places the official rate at N410, is not a realistic reflection of the nation’s economic fortunes.

Osinbajo spoke at the opening of a two-day Mid-term Ministerial Performance Review retreat, held at the Presidential Villa, Abuja, yesterday.