By Osfem (self media writer) | 3 months ago

The popular adage that says 'the rich also cry' aptly captures the situation former Governor of Ekiti State, Mr Ayodele Fayose, found himself in the afternoon of Tuesday, October 19, when he had to come down from his vehicle which was held up in traffic and rode on a commercial motorcycle popularly known as Okada in order to catch his flight.

Fayose was the governor of Ekiti State from 2003 to 2006 and later from 2014 to 2018. After his exit from the government house in Ado Ekiti, he has been living in both Lagos State and the Federal Capital Territory, Abuja.

The former governor was scheduled to be in Abuja on Tuesday and took off from his home to the local wing of the Murtala Muhammed Airport, Ikeja. However, on his way, he was confronted with a massive traffic gridlock along the Airport Road in Ikeja.

In order not to miss his 3:00 p.m. flight, Fayose was said to have come down from his Lexus Sports Utility Vehicle (SUV) alongside his police orderly and quickly flagged down a commercial motorcycle rider. 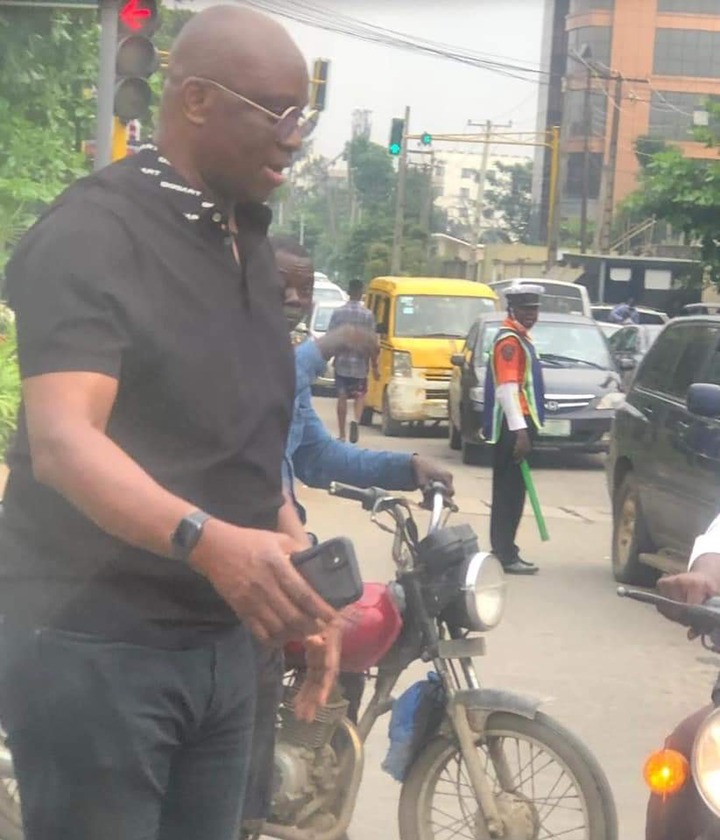 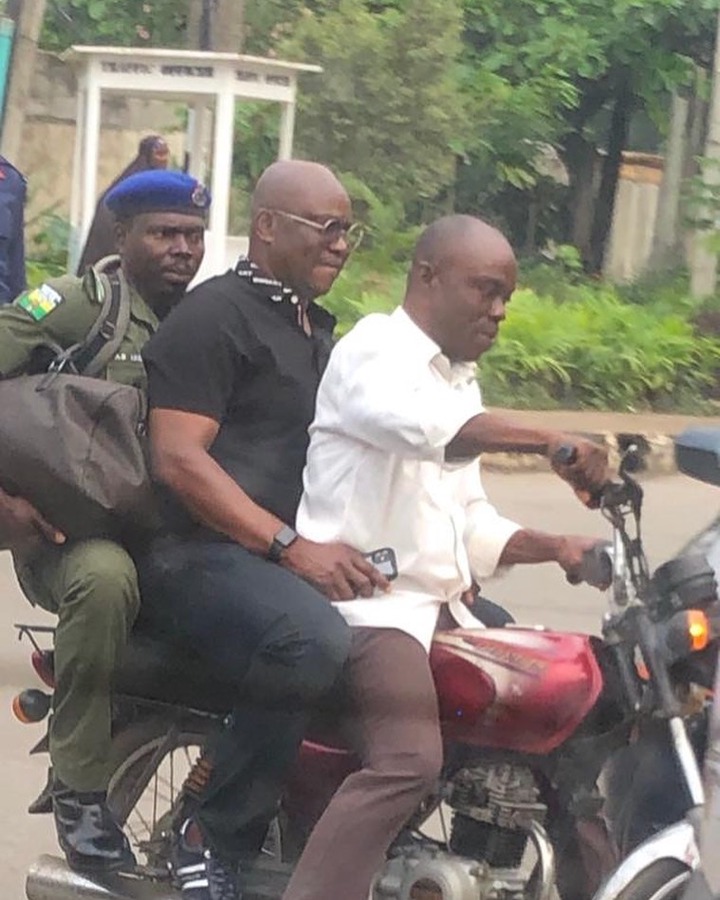 When the motorcycle rider stopped, Fayose quickly mounted the back seat and he was joined by the police orderly who also carried a big bag, ostensibly containing the personal belongings of the former governor.

The photographs of the governor and his police orderly being carried on the motorcycle were shared by the governor's media aide, Mr Lere Olayinka, who also wrote about the incident.

The governor, according to Olayinka, was eventually able to catch his flight and is currently at the Federal Capital Territory, Abuja, according to the post by Lere Olayinka.

There is no doubt that the situation really depicted the fact that Lagos traffic is no respecter of anyone and only God knows what would have happened if he had remained in the vehicle that was taking him to the airport.