The aspiration of former Lagos State Governor and National Leader of the ruling All Progressives Congress (APC), Asiaju Bola Ahmed Tinubu, to contest the 2023 presidential elections of the Federal Republic of Nigeria may have, definitely, regain its full strength after months of Tinubu's absent in Nigeria. 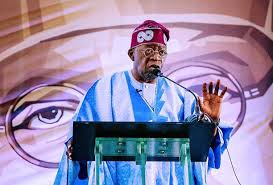 Many political gladiators, opinion moulder and political Office holders who are in desperate moods to see Asiwaju Bola Ahmed Tinubu to become the presidential flag-bearer of the ruling party, All Progressives Congress (APC), might have developed cold feet, following his reported health condition which was described by Asiwaju Tinubu, himself, to be gruesome.

Since the relocation of Asiwaju Bola Ahmed Tinubu to United Kingdom for medical treatment, many prominent politicians from Nigeria have visited him for goodwill purposes.

Among the leaders of the ruling All Progressives Congress (APC) who have visited Asiwaju Bola Ahmed Tinubu in London were President Muhammadu Buhari, Governor of Lagos State, Babjide Sanwololu; Speaker of the House of Representatives, Femi Gbajabiamila; former Ogun State Governor, Ibikunle Amosun; Governor of Ekiti State, Kayode Fayemi; Governor of Ondo State, Rotimi Akeredolu; former Governor of Zamfara State, Abdulazeez Yari and recently a group of House of Representatives members who were elected under the platform of the ruling party, All Progressives Congress (APC).

Wonderfully, Asiwaju Bola Ahmed Tinubu was heard, in a video that went viral on social media, bidding his guests farewell saying "than you very much and I wish you all a safe journey."

In response to the farewell bid from Asiwaju Bola Ahmed Tinubu, one of the visiting lawmakers was heard joyfully replying Tinubu saying "thank you, sir. Mr. President, see you soon, Your Excellency."

The reply of one of the lawmakers who visited Asiwaju Bola Ahmed Tinubu might have caused restrategizing of some political manipulations in the country.

Considerably, the response of the lawmaker who called Tinubu "... Mr. President..." may force some members of the ruling party, All Progressives Congress (APC), who are not happy with his presidential ambition to, completely, dump their political enmity against him and realign with his presidential aspiration. However, the same response may cause some of his political opponents within APC to re-frame their political hostility toward him.

Most importantly, the response of one of the lawmakers who visited Tinubu in London may have, grossly, frustrated the political strategy of some members of the opposition parties who might have ruled out the proximity of Tinubu's presidential candidature due to the rumors that were, recently, being pegged around his health status.