A few hours ago, the remaining 27 students of the Federal College of Forestry and Mechanization, Afaka, were released after over fifty days in captivity. President Muhammadu Buhari took to his Twitter handle to celebrate their safe return. But there are two crucial points I observed in his statement that are very disturbing. 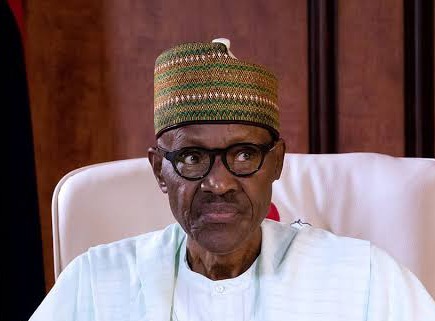 President Muhammadu Buhari while lauding the safe return of the Afaka students, appeals to the bandits who abducted the Greenfield University students to release the students they have in captivity! The President and Commander in Chief of the armed forces of the Federal Republic of Nigeria appeal to criminals. 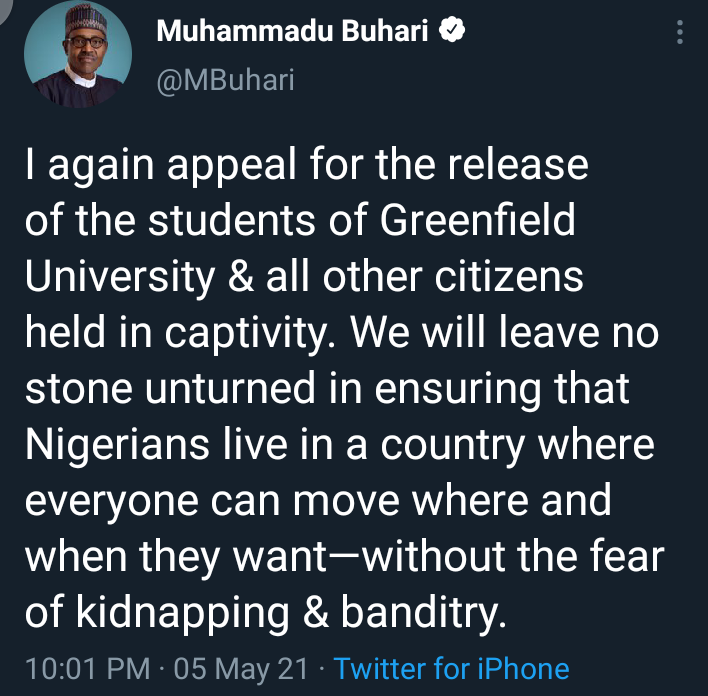 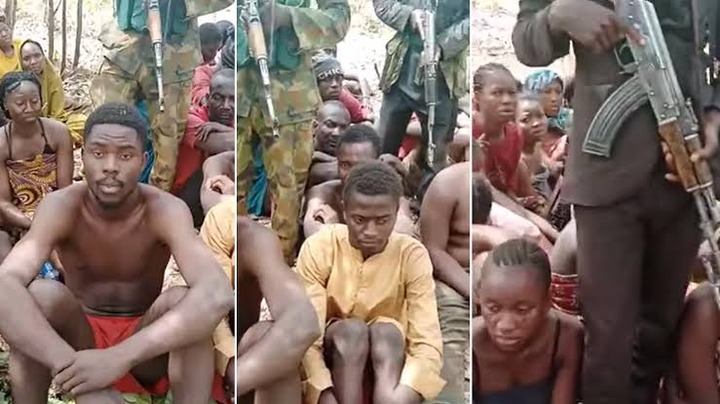 After over 50 days in captivity, the final 27 students of abducted Afaka students were released today (Image: 9News)

This utterance by the President reveals the extend of his incapacity to solve the country's security challenges. This appeal by the president reveals the second disturbing truth I deduce from his comment, the armed forces of Nigeria cannot carry out rescue operations. While speaking on the release of the 27 Afaka students, President Buhari referred to them being "released" and not "rescued", as to how the release was secured it is not known. Buhari hopes a similar thing should happen about the Greenfield Students. 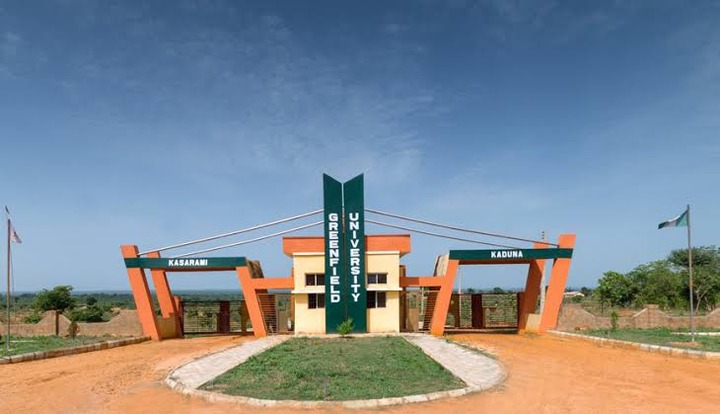 On 20th April 2021, 23 students and staff of Greenfield University were abducted by bandits, three were killed and one was released a few days ago; the rest are still in captivity (Image: NewsWireNG)

He is therefore appealing to the bandits to release the students, publicly! This singular act has emboldened the bandits and other criminal elements to do more and worse in the future. The President of one of the strongest black nation on earth and one of the strongest armed forces on the continent appeal to criminals and not using his power to compel them to do the needful, arrest them, and prosecute them.

This is a trying time for the country, as ordinary citizens we ought to continue in our prayers: to appreciate God for the release of the Afaka 27, and to secure the release of the over 20 students and staff of Greenfield University who are still in captivity. We should also pray for God guidance over our lives, for it is only God can help now.