Tukur, Adamu's refusal to resist illegality shows something is wrong with the Nigerian project -Osita Chidoka A former minister of aviation under the Goodluck Jonathan’s administration, Osita Chidoka, has tackled the administration of President Muhammadu Buhari for the lack of respect to the rules of appointments into public service in the country. Mr Chidoka, who also blamed public servants appointed by the president for not taking the high moral ground to resist illegality said if the culture of impunity is not checked soon, the consequences may be difficult to contain. 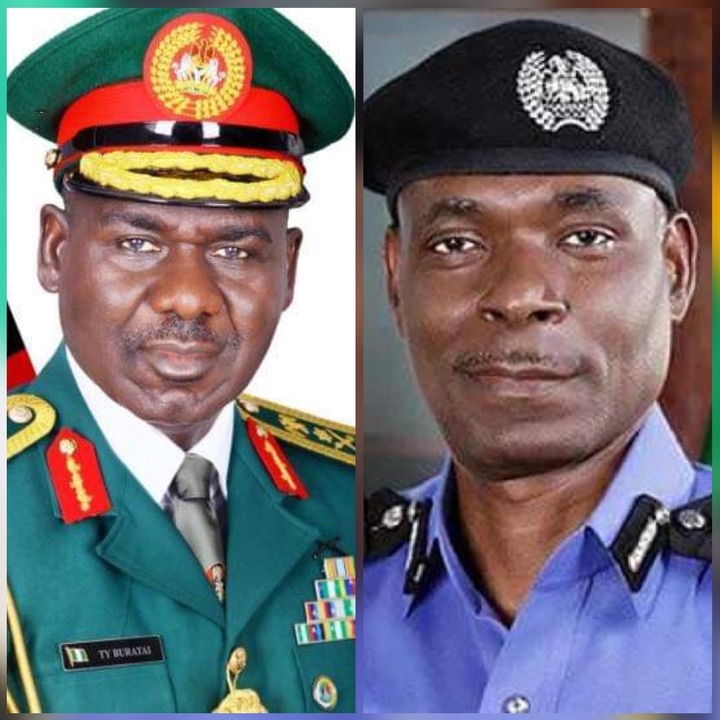 Speaking directly about former army chief, Tukur Burutai and former Inspector general of police, Mohammed Adamu whose tenures the president extended even after it has expired by law, Mr Chidoka wondered why both men who grew up to serve their fatherland would agree to be used to violate laws and conventions.

He said of the former IGP, Mohammed Adamu, who was sacked while on an official duty in Imo state, after the jail break in Owerri that the sad and unfortunate end to his career could have been avoided if he had said no to an illegal extention. 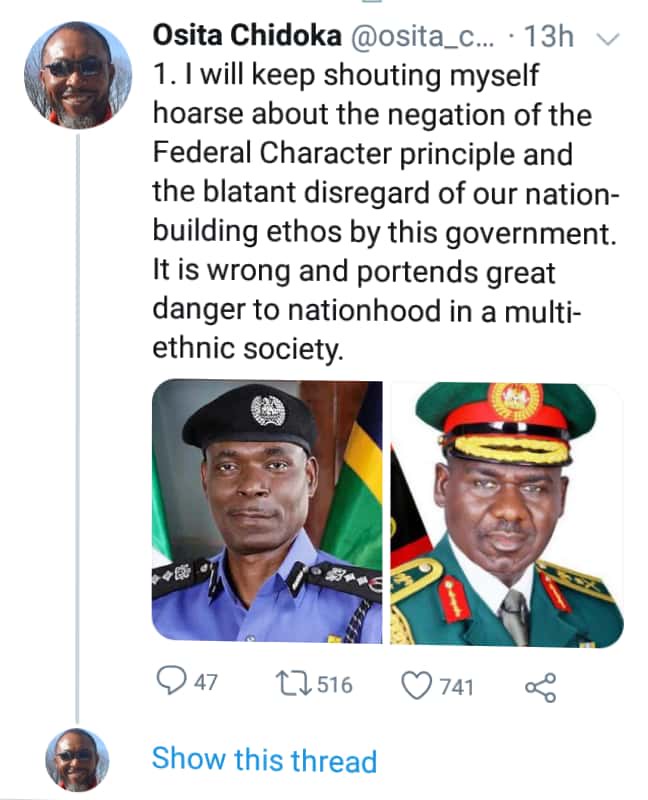 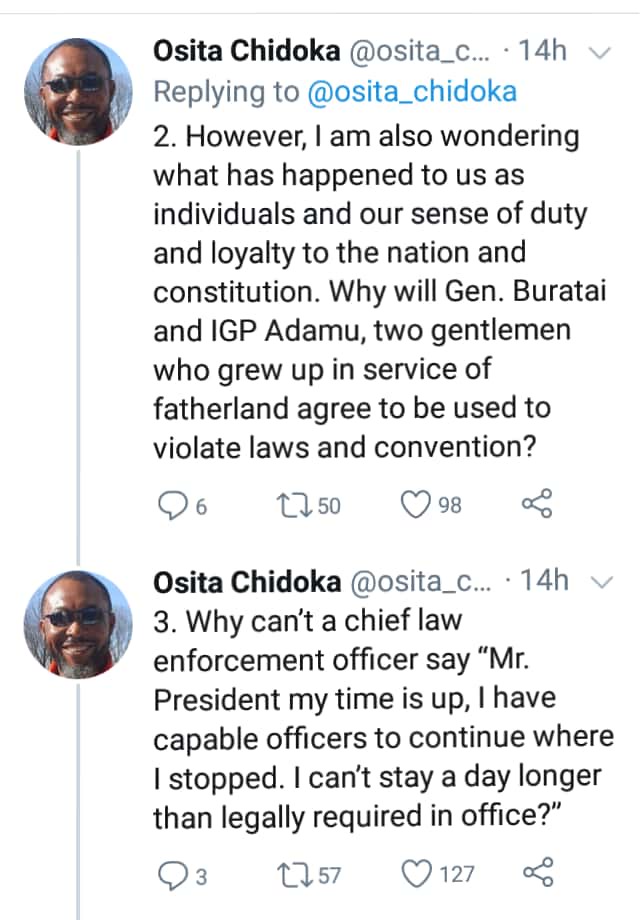 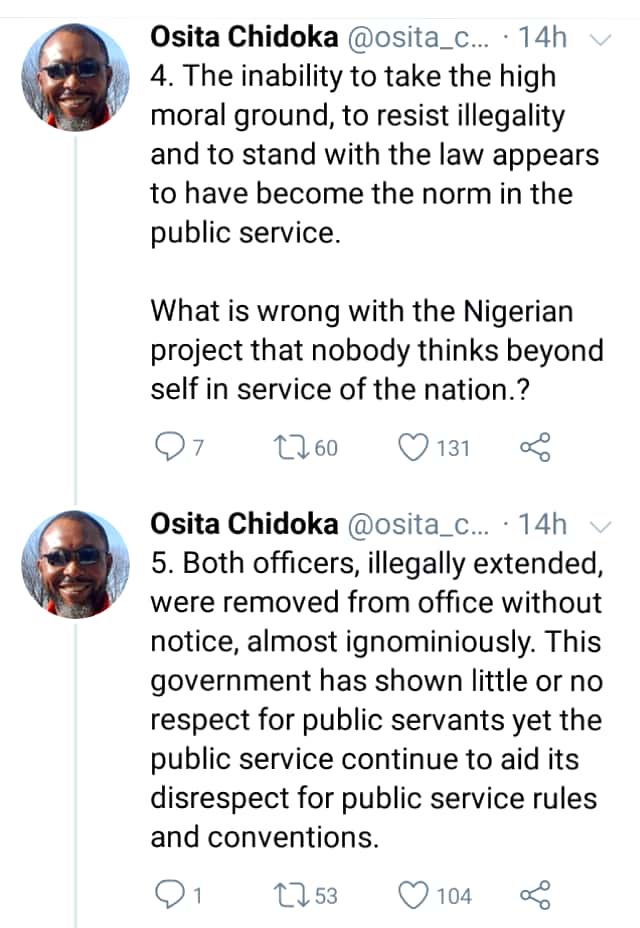 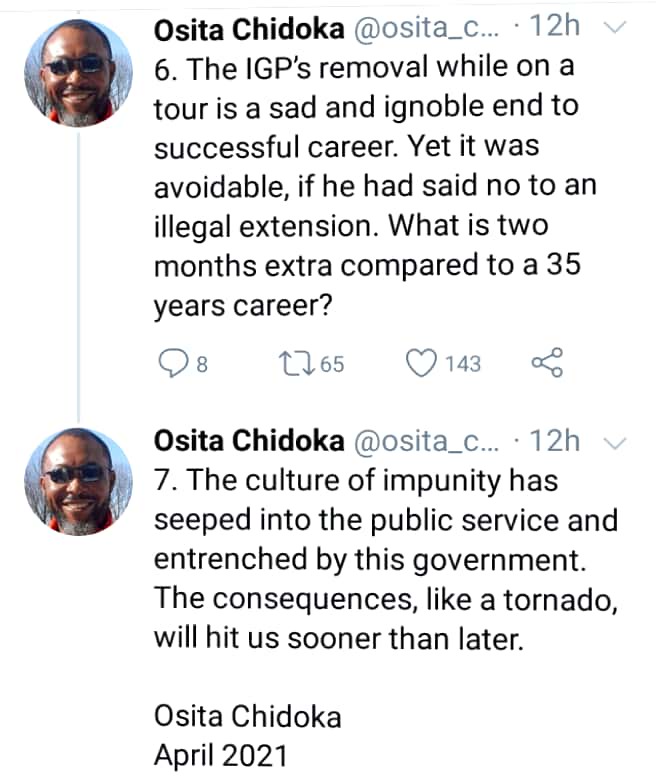 Opinion: 3 States In Nigeria That APC Might Find Difficult To Win

Check Out Tiwa Savage's New Tattoo On Her Arm

Tacha, Orezi And Fans Reacts As Tiwa Savage Shows Off Her Full Sleeve Tattoo On Her Instagram