How the igbos can become president come 2023 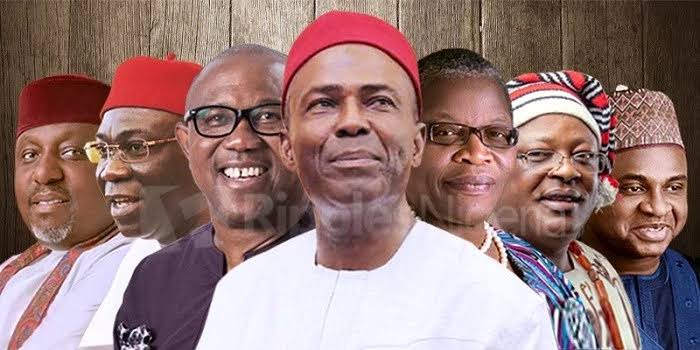 The igbos has suffered huge set backs in the Nigeria political space, they've been discriminated the most in political matters with many Nigerians made to beleive that the igbos would ruin the country once given the seat of presidency.

So far so good, the igbos has taken a positive step by frowning at the Amaechi presidency as a compensation to Igbo presidency.

Theyve made it clear Amaechi is not Igbo and would never represent the igbos in presidency.

The above step is just 1 of many other steps to be taken to ensure they get the presidential ticket come 2023.

Here are few steps igbos needs to take to get the presidential ticket come 2023.

1, Unity amongst themselves: the igbos are often seen as their own enemies when it comes to politics as they hardly work with each other in political quest for power. Unifying each other is the first step to be taken as they being united would give them the edge and would be taken more seriously politically.

Ordinarily, the igbos are the second freest and easiest persons to live with after the hausas. The igbos can live with other tribes as though they are from that tribe, they are the most travelled around tribe in Nigeria hence making them to know more people from other counter parts.

3, invest their eggs in many baskets: putting all your eggs in one basket is already a bad thing. The igbos needs to spread all their eggs across all baskets in other to become good beneficiaries. The igbos on several occasion has failed to acknowledge this fact with the region heavily investing in only PDP thereby making it looks easy for their rivals the yorubas to clinch the APC presidential ticket which is most likely to zone down south. Making significant investment in both parties would boosten the chance of the igbos in getting the ticket hence having a significant impact on their 2023 ambition.

4, Politically bargain for their turn : ordinarily, it is the turn for the igbos to clinch the presidential ticket as they are the most neglected region in the Nigeria political space. But politics is a game and must be played. The igbos have supported the North to presidency through yaradua, they've also supported the southwest through Obasanjo and most importantly supported their South South brother through Jonathan. They've played their political part to every region and hence deserve to be rewarded accordingly. The igbos obviously needs to state this fact out as it's a major point to grant them their turn.

5, keep the Biafra mantra low: Telling an average Igbo man to end the Biafra dream is an impossible task to assume as it's seen as a beleif. But for the Igbo presidential actualisation, they really need to kill that dream or atleast keep it low. As it would only tarnish any lit of hope they have.

Content created and supplied by: Majesty524 (via Opera News )