Opinion: Sunday Oyo should learn from Sunday Igboho's predicament before starting his own agitation 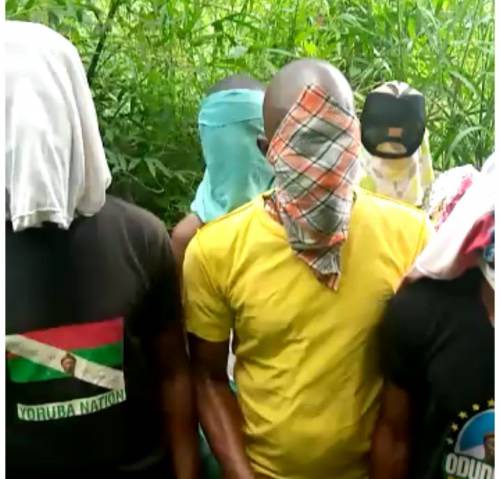 In a news that is currently going viral in Nigeria, it was made known that another Yoruba group, separate from that of Sunday Igboho has emerged, as they gave Fulanis and Hausas 30 days to leave the southwest region of the country, if not, they should be getting prepared for whatever thing that comes in their way if they fail to leave.

In the information that was given, it was made known that the leader of the group, who identified himself as Sunday Oyo, also instructed President Muhammadu Buhari to warn his people to leave Yoruba Land because, they don't want to deal with them anymore.

Taking a look at this latest development, one can categorically say that another trouble is already looming, if the group is serious with the threat they issued to the northerners, as they should be aware that no individual or individuals have the resources to fight the government and in lieu of this, the new Yoruba group should lay low and swallow the threats they gave.

When Sunday Igboho was agitating for Oodua Republic, little was he informed of the consequences that might follow, untill he started facing them. If Sunday Igboho, with the traditional power, connection and money he has, saw the need to escape to Germany after his campaign against criminal herdsmen in SouthWest and his agitation for the actualization of Yoruba Nation, then, it is advisable for Sunday Oyo and his boys to learn from this, so that same fate won't befall them and also, Nigeria is better together as one, and no one should agitate for another nation under it.