Nothing is Witty, what should we Choose?

By Hunta (self media writer) | 2 years ago

Nothing is witty, there. If your question is : What should we choose - Nihilism, Fatalism or Pragmatism? My answer is none. 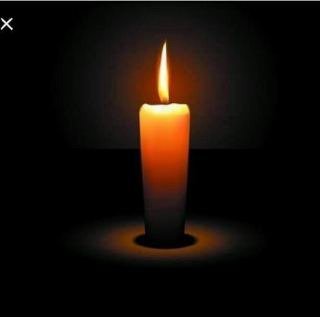 Nihilism is off the radar. Human history and progress have proven it completely wrong, despite the temptations, here and there, to fall into it.

Fatalism on the other hand is not a choice for anyone who is ready to fight for change in society. There are periods in history where nothing inspiring is happening, a period of bleak reaction. A similar situation happened between 1994 and 1998. I saw it live. Abacha was in control, so to speak. To an average person, it seemed we were stuck with Abacha. Everything was going for him. The 5 parties had adopted him for self-succession.

But there is a danger of being an average person. You only see NOW, with little or no perspective for the future. The terrible conditions still didn't stop the advanced layers from seeing the need to challenge the then status quo, because beneath the surface of a strong Abacha was a weak and frightened ruling class, with its far-sighted wing knowing and fearful of the social implication of continuing with Abacha's brute. Something just had to give way. Abacha had to go. And the rest, as they say, is history. No people is ever stuck with a ruling class that has refused to move society forward.

Pragmatism, the most alluring of the 3, is the most difficult to range oneself against. Even the most revolutionary falls into it every now and then. Of these two bad choices - Buhari and Atiku, Biden and Trump, Oyetola and Adeleke, the masses must choose one. The need to choose the "lesser evil" (which is the crux of the post going by the way Koye even characterized Buhari in the opening paragraph of the post) confronts us, every now and then, even more frequently in this age, an age of global crisis of capitalism where the bourgeoisie's first eleven are far worse than their reserve bench of the '40's through 70's (the days of Churchill, Awolowo, Azikwe, Aminu Kano etc. - the first 11s of yore).

Since we can not substitute our consciousness for that of the masses. Masses would naturally thread the path of least resistance because humans are by their nature conservative. Our own task is to be patient in our explanation of alternative. But while we understand their (masses') condition which make them choose the lesser evil, we will never join them in choosing same,  but rather explain to them in advance what will eventually become of their so-called lesser evil, as long as he defends the same socio-economic system which the so-called bigger evil defends. When things eventually unravel, you will have more authority in the eyes of the masses, especially sincere elements among them. We share with the masses (in) their aspirations for a better society, we however do not share in their illusions. That was the correct position we took in 2015 when some on the left fell for Buhari's Change (example of pragmatism).

In conclusion, Nigeria of today needs redemption. The two dominant parties of the bourgeoisie have failed. They both defend the same neo- colonial capitalsm which creates wealth and opulence on one pole, and at the same time, mass poverty on the other pole. It is that system, not just regime change, we seek to overthrow. Any party that seeks to end this mass suffering must boldly and unambiguously proffer a Manifesto and programmes that are diametrically opposed to neoliberal, neo-colonial capitalism. The struggle to build such a party is linked with the everyday struggle of the Nigerian people (students, workers and communities) to confront this parasitic system.

We are no pragmatist. We don't just because of the unavailability of the desirable choose what is available. We struggle everyday to bring the desirable to fruition.

Content created and supplied by: Hunta (via Opera News )