Osun 2022: One Allegation Raised As Adeleke Promised To Buy A Private Jet For Ooni of Ife

By eFactor (self media writer) | 15 days ago

The PDP candidate in the 2018 governorship election, Senator Ademola Adeleke has made a strong allegation against the state government while promising Ooni of Ife, Adeyeye Ogunwusi a private jet for his local and international engagements. This is contained in a report published by the Vanguard.

Photo: Ademola and Ooni of Ife 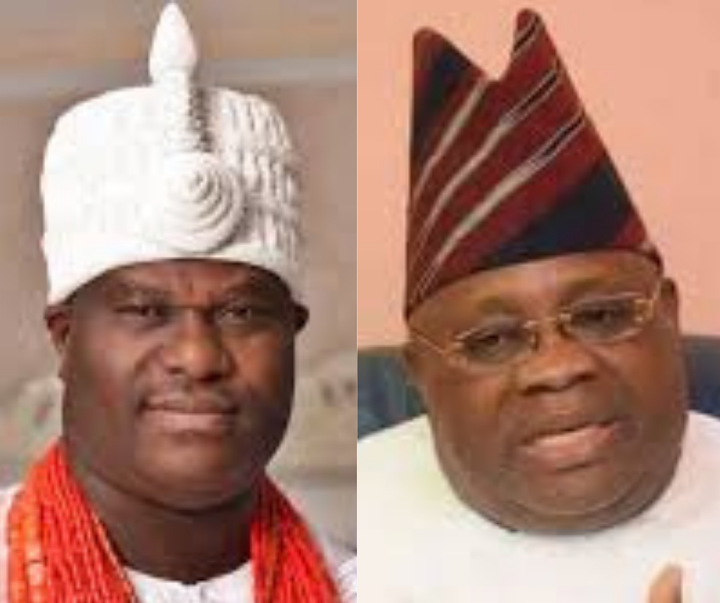 He pledged while paying a visit to the monarch at his palace in Ile-Ife on Wednesday. This is the first royal visit he would make ever since he returned to the country for his governorship ambition.

Ademola came into the political limelight after his elder brother and a renowned politician, Isiaka Adeleke died while serving in the National Assembly. The People Democratic Party, Osun State chapter had unanimously endorsed him to succeed his brother as a consolation.

After completing his brother's tenure, he declared interest to run for the governorship election in 2018. Adeleke who narrowly won the party's ticket in a keenly contested primary election was, however, faced a series of lawsuits over forged WAEC certificate.

He eventually contested the election and came out second in one of the most controversial polls in the country. Afterward, he took time off politics to pursue a degree program in the USA.

Recently, he was spotted in a viral video with his cousin, Davido celebrating his graduation. Ademola is here again in the race possibly against the incumbent APC governor, Isiaka Oyetola. Below is an allegation raised while promising a private jet:

He accused the state governor of destroying the local government system 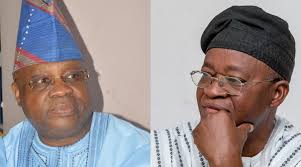 Ademola who made the allegation said the closest tier of government to the people in local government, but Oyetola has killed it.

He further maintained that erecting the Osun airport would make Ooni's movement much easier with a private jet he would buy for him if elected. Ademola who expressed worries over the poor state of the roads said he would fix everything.

However, the questions are, can Osun state afford a pirate jet and its maintenance? How can this have positive impacts on poor masses? Oh, I pray this is not a campaign promise, because it is somehow ridiculous!

“No one is holier than the other.” — Yul Edochie says as he shows support for Tiwa Savage