The former governor of Imo State and the Senator representing Imo West Senatorial Zone, Senator Rochas Okorocha, has revealed that he had never received salary as a lawmaker, since he became a Senator, over two years. 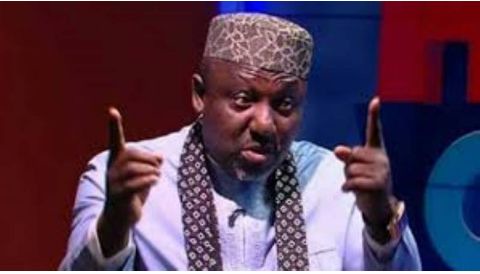 Speaking further, he also revealed that even as a governor, he didn't draw salaries from the coffee of Imo State Government for the eight years he spent as the governor of Imo State.

The former Imo State governor made this disclosure while interacting with members of the Nigerian Union of Journalists, NUJ, in Abuja yesterday, Monday.

He also stated it categorically that he doesn't know how much a senator receives as basic salary each month.

Mr Okorocha further stated that the Management of the National Assembly had his approval to channel his monthly salaries and other allowances into charity. 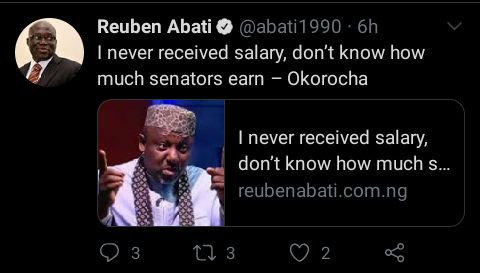 That is really a good one from the former governor of Imo State, Rochas Okorocha. But I know that most Nigerians will find it so difficult to believe that he does not know how much he is paid monthly, but he might be saying the truth.

What is your take as it regards to what Okorocha has just said here? You can drop your comments and opinions below.