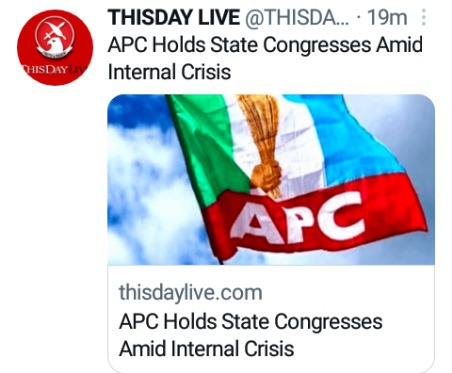 With the dusts raised by the local government congresses of the All Progressives Congress (APC) yet to settle, the party is today going ahead with its state congresses, to elect officials for these levels of its structures.

The scenario of the local government congresses, characterised by protests, boycotts, and the election of parallel executives by the different factions in many states, looks set to repeat itself across the country.

Parallel congresses are likely in at least 13 states in spite of the various fence-mending sorties carried out by the various committees vested with that duty. 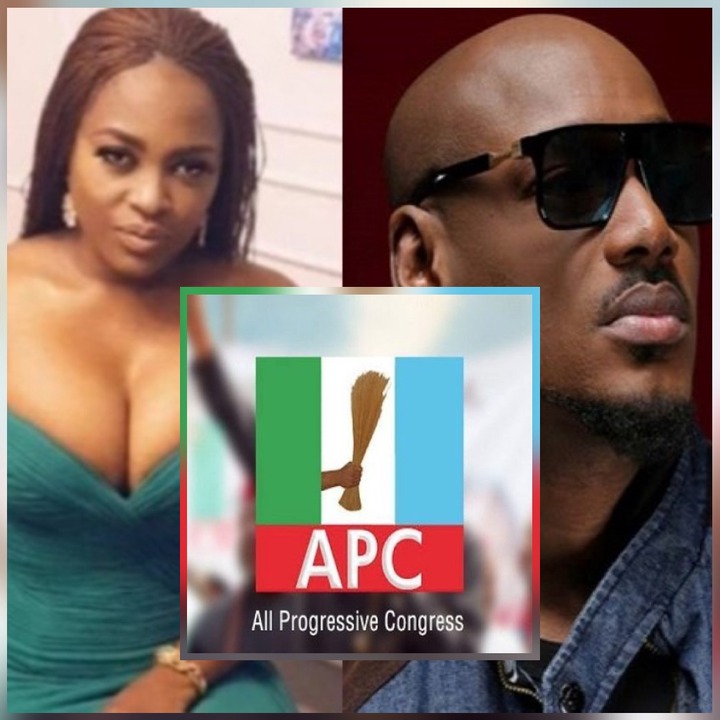 Pero Adeniyi reacts to being addressed a '2baba's first wife 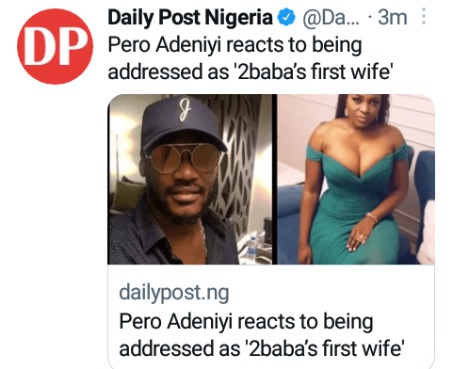 Pero Adeniyi has reacted to being addressed as “Tuface’s first wife” by her friends, as they hung out in Abuja.

In a video which has gone viral on the Internet, her friends were hailing her and referring to her as ‘our first wife.’

They also addressed her as the only first wife Tuface has, adding that nobody or any other wife will take that position from her in his life. 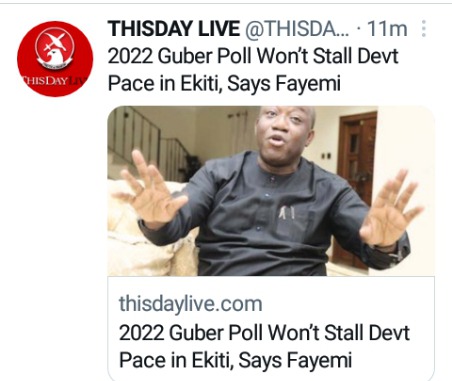 The Governor of Ekiti State, Dr. Kayode Fayemi, yesterday, said that the gubernatorial election slated for June 18, 2022 won’t stall execution of projects and rendering of other services to the populace by his administration.

Fayemi also admonished all political parties and their followers to eschew violence by playing the game according to the rules, saying no political post was worth the blood of any individual.

The governor who spoke in Ado-Ekiti in a State-of-The-State Address delivered on the floor of the state House of Assembly, as part of activities lined up to mark the third year of his second term in office, said it was only God that enthrones leaders.

I grew up cleaning gutters, fetching water for a living-Osimhen 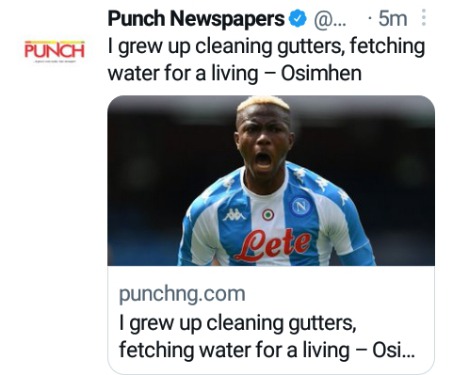 SUPER EAGLES and Napoli star, Victor Osimhen, in an interview with compatriot, William Troost-Ekong, on YouTube has opened up on his journey to becoming a professional footballer and how he did menial jobs to survive.

Osimhen, who was born in Lagos, completed an €80m deal to move from Lille to Napoli in the summer of 2020 becoming the most expensive African player of all time.

The 22-year-old, a product of Ultimate Strikers Academy, made his breakthrough when he signed a three-and-a-half-year deal with Wolfsburg in 2017. 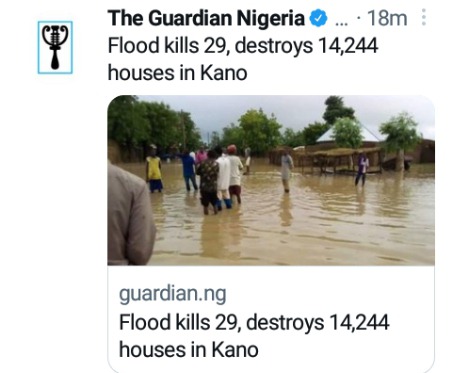 No fewer than 29 persons were killed by flood while 14,244 houses were destroyed across the 44 local councils of Kano State this year.

The Executive Secretary of Kano State Emergency Management Agency, Sale Jilli, told journalists in Kano, that 14,244 houses were destroyed across the state this year, noting that the state recorded a drop in the level of destruction when compared to last year when 57,362 houses were washed away by flood.

Jili explained that Doguwa local council had the highest number of deaths with 19 victims.