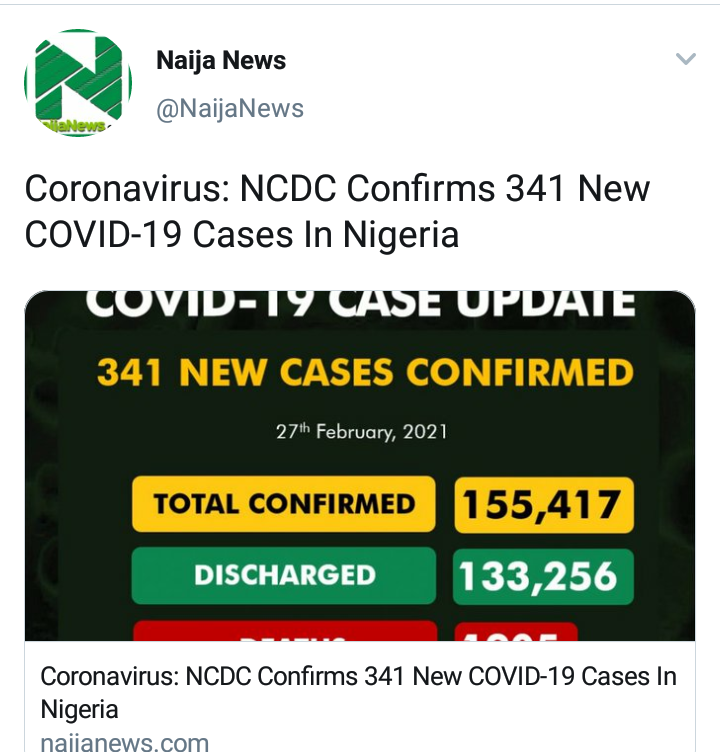 The new cases of COVID-19 infection were confirmed via a statement on the official Twitter handle of the national health agency. 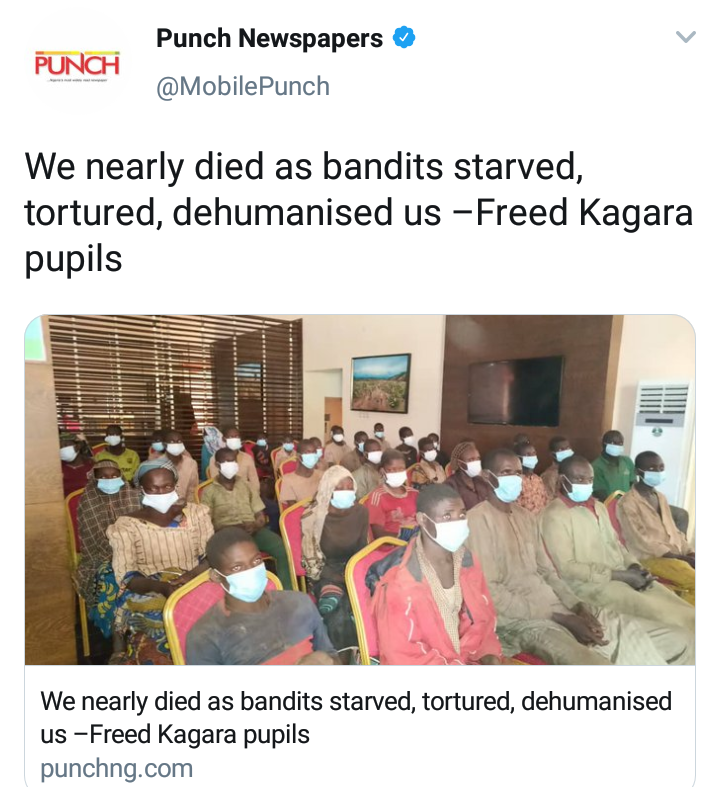 The 38 abducted schoolchildren and officials of the Government Science College Kagara, Niger State, on Saturday, regained their freedom from bandits, who kept them in captivity for 10 days.

The abductees, who were received by Governor Abubakar Sani Bello at the Niger State Government House in Minna, recounted their ordeal in the bandits’ den on Saturday.

The 38 victims, comprising 24 students, six members of staff and eight relatives of the staff members, arrived in Minna early on Saturday. 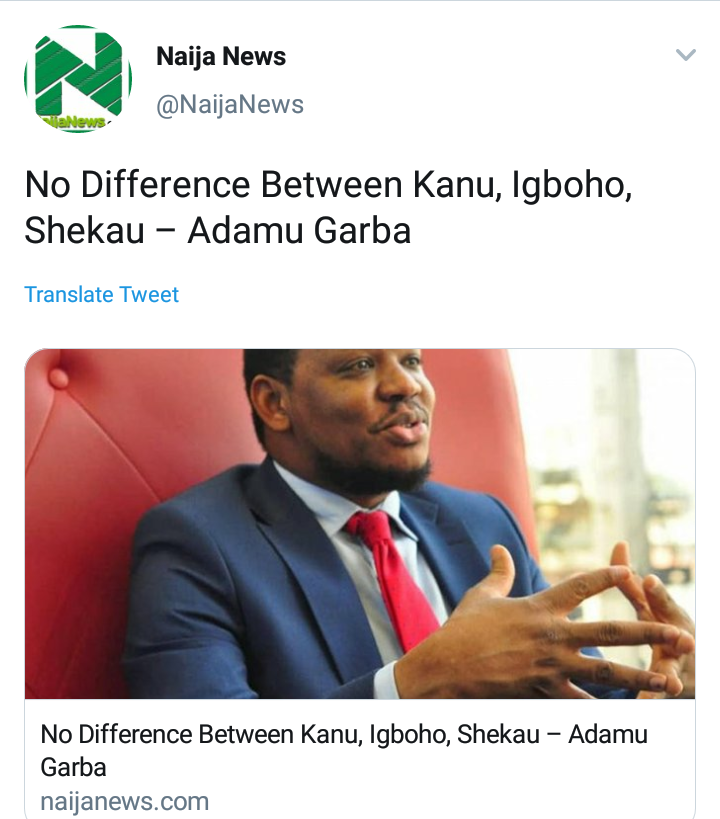 Former Presidential aspirant, Adamu Garba, on Saturday said there is no difference between the leader of the Indigenous People of Biafra, Nnamdi Kanu, Yoruba activist, Sunday Igboho, and the leader of Boko Haram, Abubakar Shekau.

Garba who took to his Twitter account wrote, “There is practically no difference between Nnamdi Kanu, Sunday Igboho and Abubakar Shekau except that Shekau started much earlier than the rest two. Plain and simple!”

The former Presidential aspirant who noted that he initially supported the approach employed by an Islamic cleric, Ahmad Gumi, to end banditry, condemned him for attacking the government in the process. 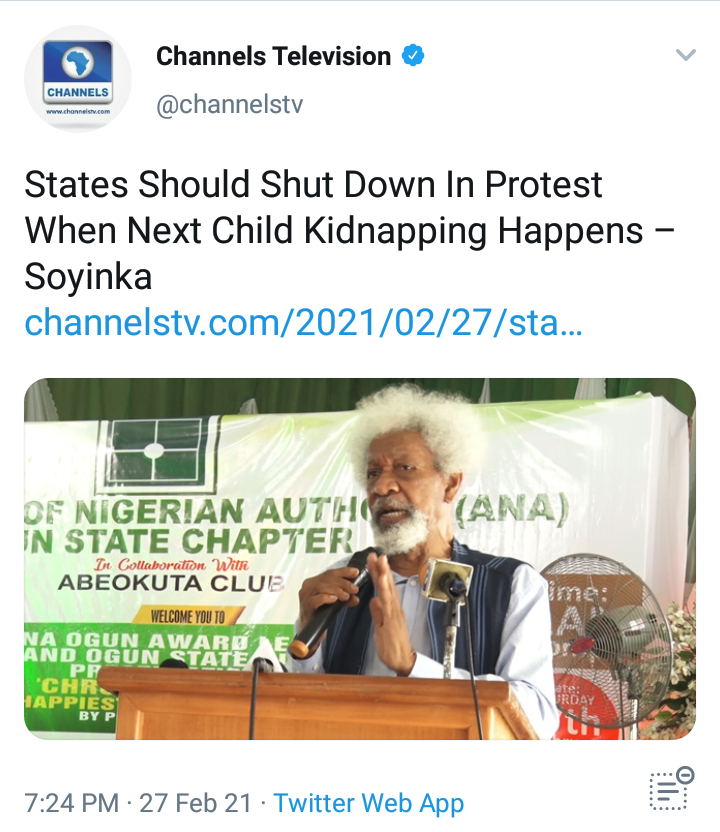 Nobel laureate Wole Soyinka on Saturday said States should consider shutting down their activities when the next student abduction takes place.

Soyinka, who was speaking during the launch of his latest novel “Chronicles of the Happiest People on Earth” in Abeokuta, was addressing the recent spate of student abductions across the country.

More than 300 schoolgirls were kidnapped on Friday in Zamfara, the latest of such attacks. 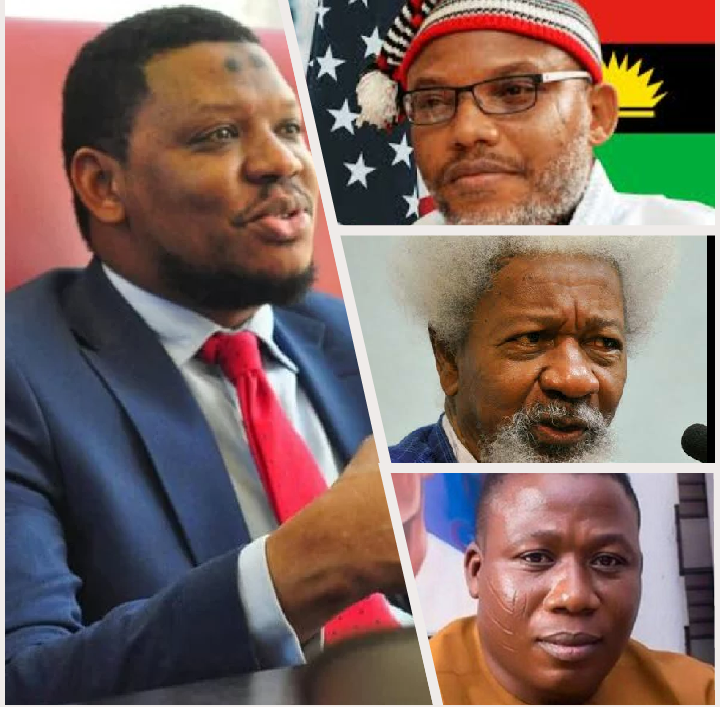 Do you agree with Adamu Garba?

What is actually the Difference Between Kanu, Igboho and Shekau?

Beautiful Celebrities Who Damaged Their Looks With Plastic Surgery