By Sabbatical (self media writer) | 10 months ago

It is no gainsaying that Donald Trump is one of the most controversial president the U.S. ever had. From his policies to his speeches, way of life and choice of wife (Melania Trump), the former president never ceases to amaze you.

He is the type that does whatever he likes without giving much concern to what public opinion would be. Of course, some people will agree that he’s become what he became due to his extravagant and privileged childhood. To an extent, some people have reached the conclusion that you become like him when you have a privileged childhood that you can get away with most things; thanks to your father’s wealth and personality. Why the condition of his childhood is used as a reason to excuse his attitude is still subject to debate as we have a lot of other people who despite their wealthy upbringing, are still courteous and cultured.

But while the matter of Donald Trump’s upbringing is quite fascinating, it is not the major concern of this article. Here, his wife, Melania Trump who he married after divorcing his first wife; Ivana Trump In 1992. Ivana Trump his first wife is mother to Donald Trump Jr. Ivanka Trump and Eric Trump. 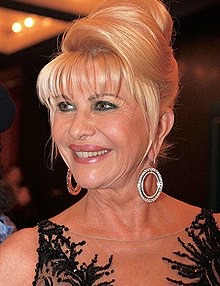 The new wife however —Melania Trump is not the most traditional First Lady. For someone who was initially in the show business, she has quite a lot of pictures fitting for a model; ow! She was a model. 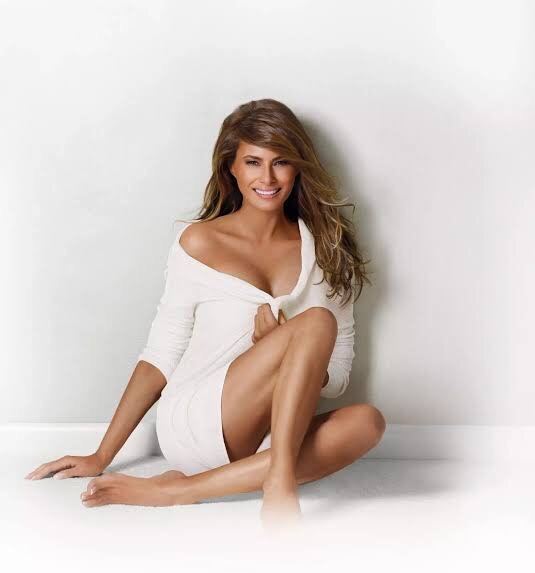 This is a picture of Melania Trump taken well into her youthful days. The pictures would come to mean a thing now that she got married to a U.S president.

Another picture here shows how caring Donald Trump is, leaving his wife behind by the car on his Inauguration Day, January 2017. 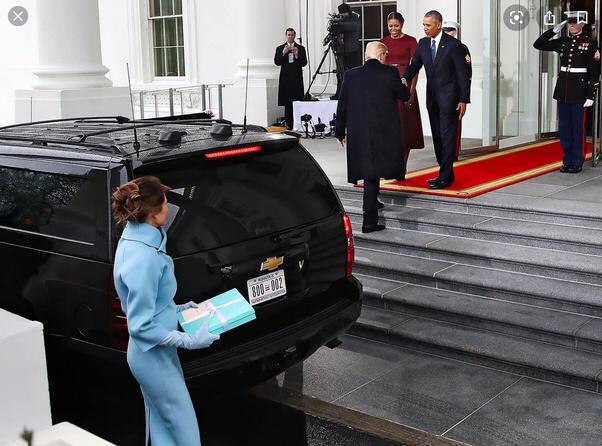 The next picture is later in the same day —Inauguration Day, and from the look of Melania Trump, she’s yet to get over the incident of the early hour. She doesn’t look like the smiling and beaming First Lady. 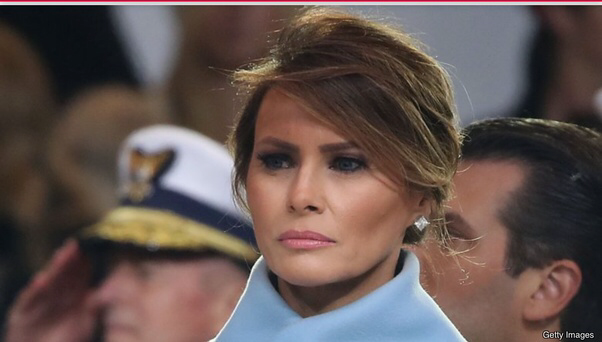 Below is a picture of Melania Trump on her way to visits needy children. While this is a nice gesture coming from the wife of the president, her jacket which has at it back “I really don’t care, do you?” Speaks a total different thing. I guess Melania is it the type that listens to her wardrobe attendant. 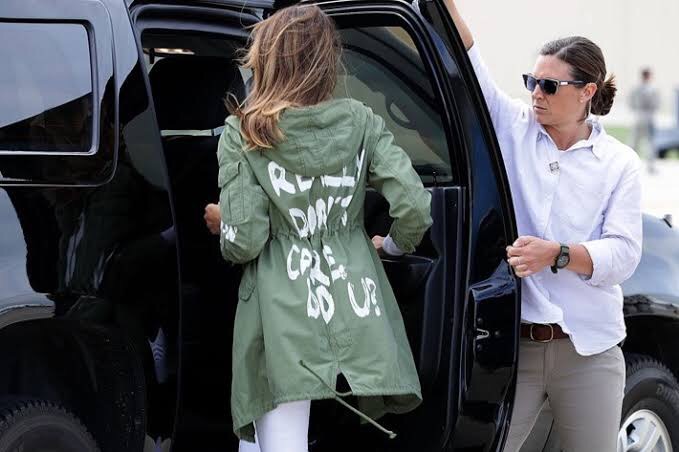 Then, another picture below seems to be saying “let’s get this over with real quick”. Funny isn’t it? That the president’s wife launched her head towards her husband in a manner that is suspicious. This tell pretty much about the chemistry between the two. Is this picture not worth a second look? 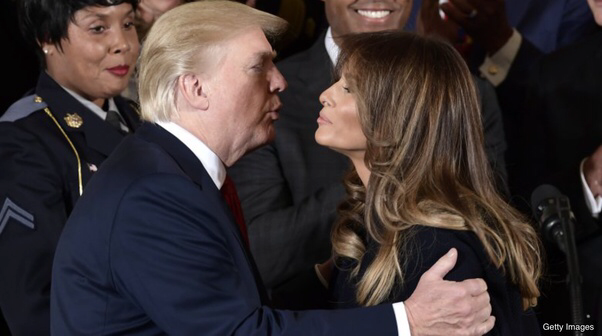 Okay, if the above picture isn’t so convincing, what about the picture below which saw Donald Trump shaking his wife in a way you would a stranger. I guess husbands should learn to shake their beloved wives from Donald Trump. 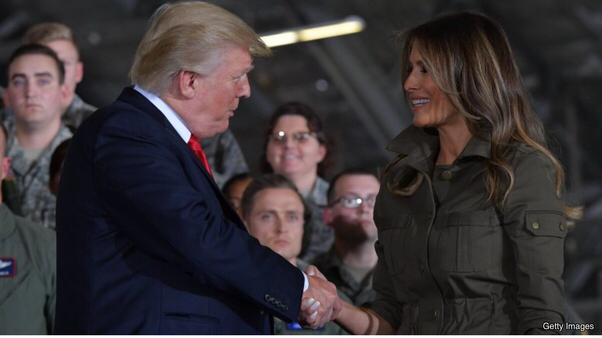 Lastly, here is a picture of Melania Trump and her husband, Donald Trump all smiling and lively together? Or are they not? Ow, my bad. 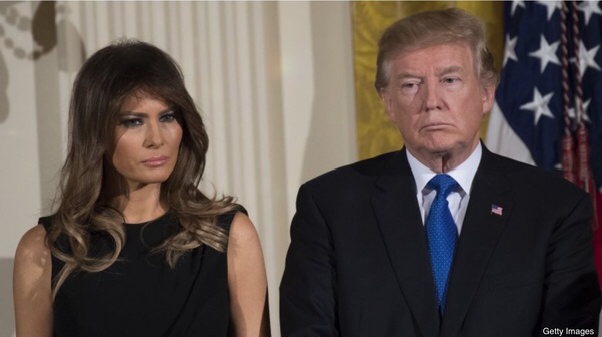 I wish I could be a president of a country or even two, lol, in my lifetime, and if I do, I apparently for no no reason would want to be caught in the camera looking like this with my wife, well..except we’re in North Korea, and that would be understandable, right? Lol