By SOG-SPORTS (self media writer) | 2 years ago

Rivers State Governor, Nyesom Ezenwo Wike has proclaimed that the National Chairman of the All Progressives Congress ( APC) Adams Oshiomhole and his subordinates came from a background of Armed Robbers to steal the mandate of Rivers people, but were strongly resisted, hence Oshiomhole’s resentment towards Rivers State. 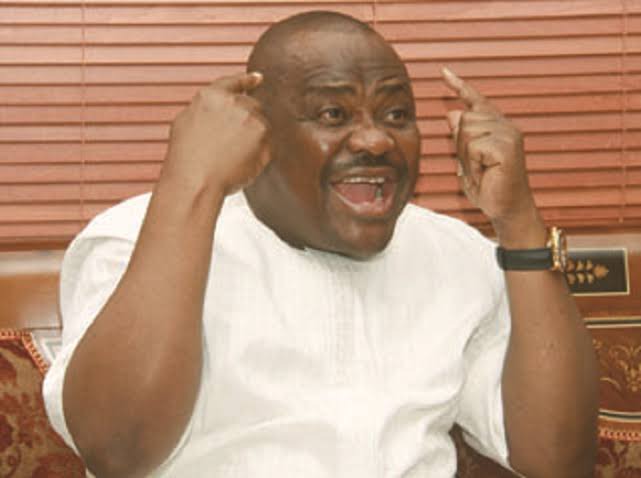 Governor Wike who declared that he is not a violent politician, emphasised that under no condition would Rivers people allow Oshiomhole and his subordinates rob Rivers mandate.

The Rivers State Governor called for the resignation of Adams Oshiomhole in view of his failure to stop the inauguration of Bayelsa State Governor as he bragged.

He revealed this during an interview at the Government House Port Harcourt on Saturday.

This is a country where you see people who do not have character. Today they sing a song, tomorrow they sing another. I think Oshiomhole as the National Chairman of the All Progressives Congress is not a kind of man anyone should associate with.

When you notice an armed robber come to your house, will you beg the armed robber and say please I pleas with you to leave my house. People think that armed robbers are only those who haul away with people’s money but no. Today I tell you that the worst form of armed robbery is when you steal peoples mandate and just like what Oshiomhole is remarked for.

He thinks because he’s in the ruling party, he can use his security to steal people's mandate. He was taught a lesson, a bitter lesson and I want to repeat, if you come to steal our mandate, the people will react accordingly.

Stealing is not only when you go to rob a bank. The worse form of armed robbery is when you steal the mandate of the people.