By OkworMaxwellNews (self media writer) | 10 months ago 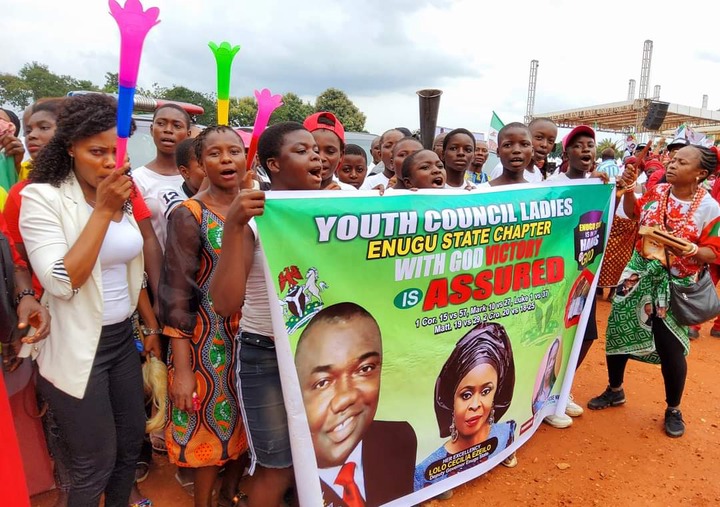 The rally was attended by a lot of personalities and top politicians in the State. Some of them include Governor Ifeanyi Ugwuanyi, Mrs. Cecilia Ezeilo (deputy Governor of the state), Rt. Hon. Ofor Chukwuegbo, Rt. Hon. Edward Ubosi (Speaker of the State House of Assembly), Hon. Augustine Nnamani (the State Chairman of PDP), Senator Hyde Onuaguluchi, Local Government Chairmen, Traditional Rulers, the Clergy, and many others.

The people of Enugu West stated that, based on the existing rotational arrangement and agreement by the Peoples Democratic Party (PDP), which was drafted during the State Caucus meeting of the Party in 2013, that justice and equity demands that the 2023 Governorship position should be zoned to the people of Enugu East Senatorial district. 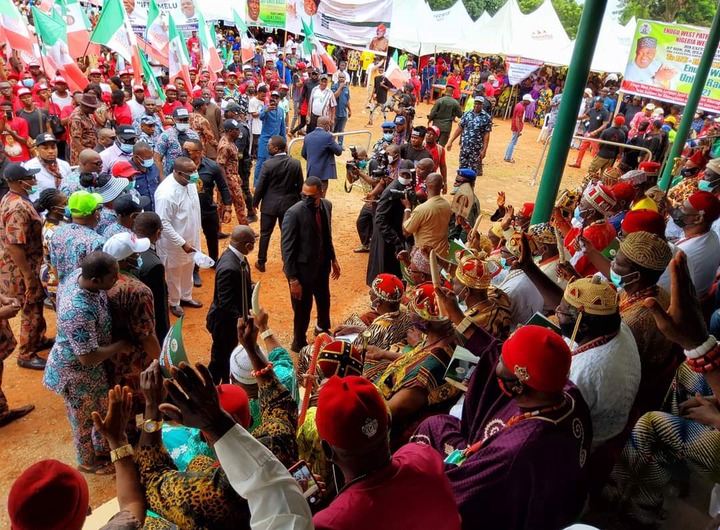 According to Vanguard newspaper, Senator Ben Collins Ndu in his speech during the rally, "disclosed that the people of Enugu West Senatorial District are 100 percent in support of Governor Ifeanyi Ugwuanyi's decisions in respect of his successor in 2023."

Going further, the Senator equally maintained that, "they firmly stand by the decision of the State Caucus of PDP in 2013, that the governorship position of Enugu State should rotate to Enugu East Senatorial District after the expiration of the turn of Enugu North Senatorial District presently occupied by the incumbent Governor." 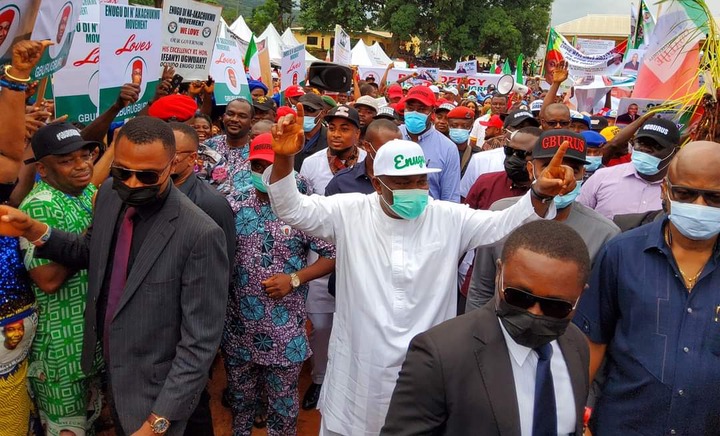 Meanwhile, Senator Ndu revealed during the rally that the Caucus meeting of PDP were the said 2013 rotational arrangement was made, was attended by a lot of the party leaders. Some of them include, the then State Chairman of the PDP, Chief Vita Abba, Senator Ike Ekweremadu, Rt. Hon. Eugene Odo (who was the Speaker of the State House of Assembly then), the then Governor of the State, Barr. Sullivan Chime (who hails from Enugu West Senatorial Zone), and a lot of other top party members in the State. 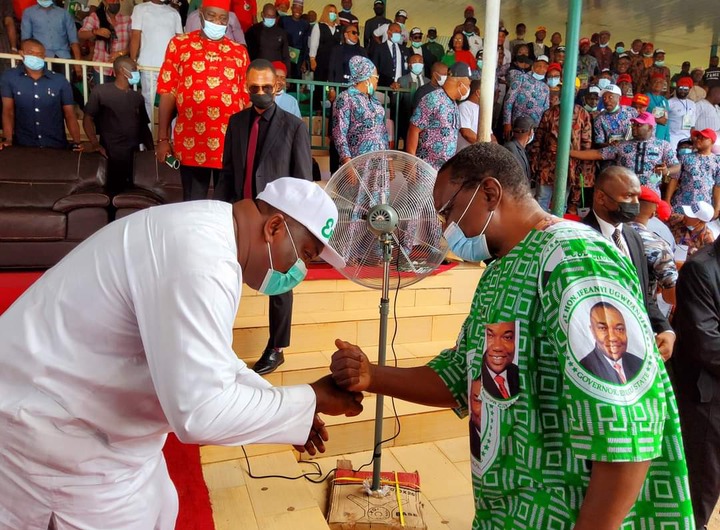 In his remark, Governor Ifeanyi Ugwuanyi who was present at the rally assured the people that their message is well received, and that he will do everything within his power to make sure that the state will continue to be peaceful and united.

"It is significant that the people of Enugu West Senatorial District have willfully communicated their position without goading. I therefore assure you that, we shall strive to sustain whatever has kept our state peaceful, united and on the path of development. In doing so, we shall be consultative, just and equitable," Governor Ugwuanyi said.

"Your message is therefore clear. It is understood in all ramifications. May God grant your prayers and heart desire," he added. 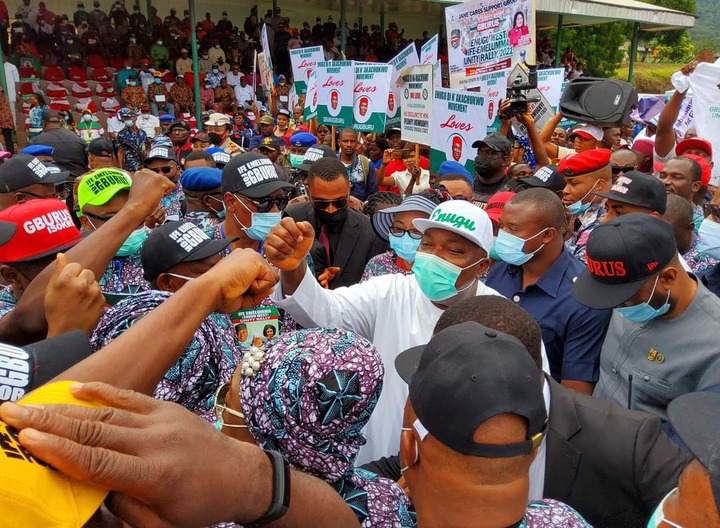 Meanwhile, in recent times, the issue of which part of the state should produce the next Governor has remained one of the most contentious issues in the State. Different groups have equally paid visit to the Governor, staged rallies, etc, as the battle for 2023 rages on. But in the face of all the agitations, Governor Ugwuanyi has remained neutral and calm, refusing to reveal which zone has his support ahead of the 2023 Governorship election in the State.

Though some people have continued to criticize him for maintaining a neutral position on such a burning issue. Yet, he has continued to be himself, refusing to succumb to any form of pressure from any quarter. But some others have hailed him for the mature way he has continued to handle the situation, which is capable of tearing the State apart, if not well handled. 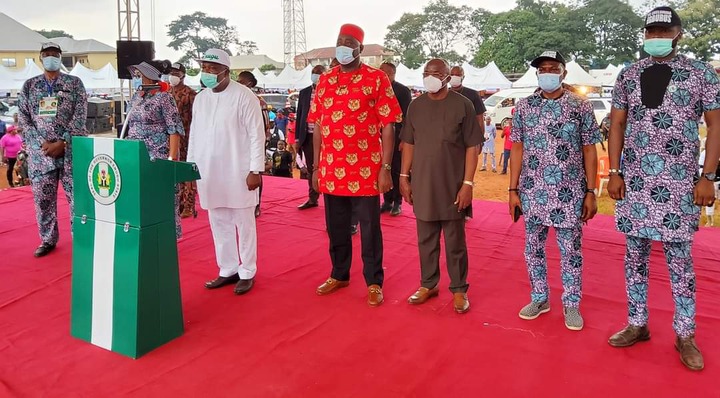 On the other hand, there are rumours that the former deputy President of the Nigerian Senate, Senator Ike Ekweremadu who is from Enugu West Senatorial Zone, is allegedly nursing the ambition of becoming the next Governor of Enugu State. Though Ekweremadu has not officially declared his intention to contest the Governorship election in 2023. 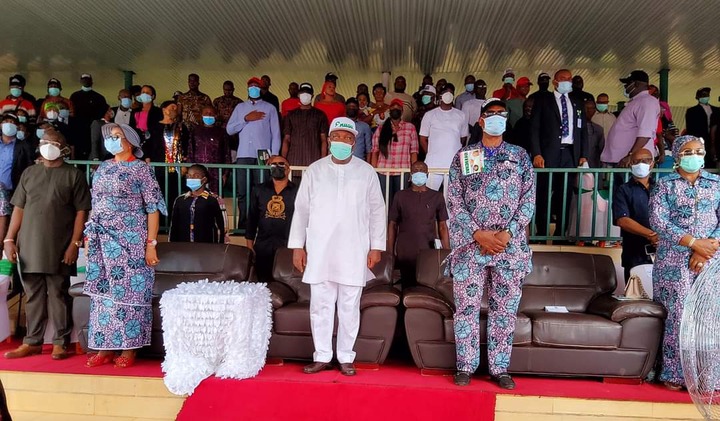