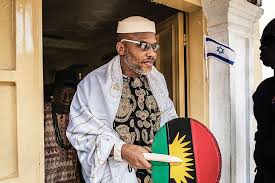 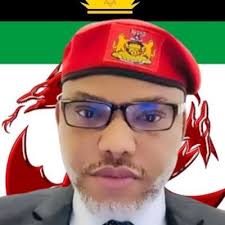 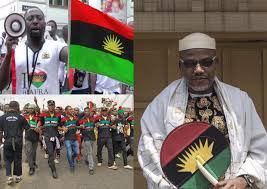 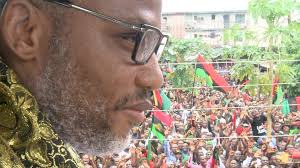 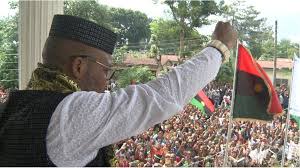 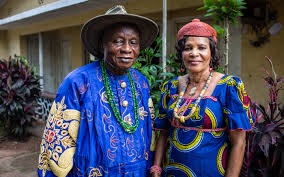 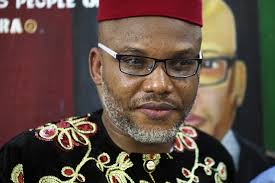 Historically,Biafra was officially called the Republic of Biafra.

It was a secessionist state in Nigeria,West Africa, which lasted between May 1967 to January 1970 in the period of the infamous Nigerian Civil War.

The territory of this outlawed state was reported to be mainly the old Eastern Region of Nigeria.

However, after the declaration of Biafra independence,Nigeria pronounced war on the budding state before defeating it during the Nigerian Civil War that followed and reuniting it with Nigeria in the long run.

In the infamous Nigerian Civil War,many casualties were reported to be on both sides with Biafra recording more losses on its side.

In the modern day Nigeria, however, agitations for establishment of the outlawed Biafra state have resurfaced.

Meanwhile, news reports have pointed out that Mazi Nnamdi Kanu, the incumbent leader of the outlawed Indigenous People of Biafra, has pledged that he would never surrender on the agitation for Biafra independence.

He was reported to have declared that he sacrificed his parents for the Biafran struggle and was equally set to do more than that for the realisation of Biafra.

Nnamdi Kanu made this known on Saturday evening through an engraving on an image he posted on his official Twitter handle which also state the date and time for his live radio program on Biafra radio.

The inscription reads:"I sacrificed my mother and father to get Biafra.I will sacrifice everything”.

Moreover, in his official twitter reaction to a publication by an online news platform that reported “seven military officers arrested for supporting bandits”,Kanu disclosed that he had forecasted the development before.

He said he had been saying it times without number that BokoHaram,Fulani Herdsmen as well as ISWAP have been conscripted into the Nigerian Armed Forces.

Kanu added that TY Danjuma had already made it known that if people failed to defend themselves, they would all die one by one.

In my humble opinion,the latest statement credited to Nnami Kanu is analogous to a case of a lion devoid of its curbs.

The Nigerian authorities should never take his declaration with a pinch of salt.They should listen to him and do the needful urgently.