Kogi State government has debunked claims that there was an ‘unexplained death rise’ in the state as a result of Coronavirus. It described media report suggesting this as a duplication of falsehood to satisfy earlier publications by the same media outfit. In a statement in Lokoja, the state commissioner for Information and Communications, Mr Kingsley Fanwo accused authors of the report of pursuing "a campaign of calumny against the Government of Kogi State", saying the state government might be forced to press charges against purveyors of the report. [ 426 more words ] - Leadership Newspape

By Ozioruva Aliu The National Campaign Council of the All Progressives Congress, APC for the September 19 Governorship election in Edo State, yesterday alleged that Governor Godwin Obaseki has directed that it's outdoor billboards and campaign posters of its candidate Pastor Osagie Ize-Iyami and his deputy Mallam Hani Audu in the state be removed. Addressing a press conference in Benin City yesterday, National Vice Chairman of the APC Publicity Committee, Hon Patrick Obahiagbon condemned the alleged director the governor was said to have given to the Managing Director of the Edo state Signage and Advertising Agency, Mr Dave Giwa-Amu. [ 414 more words ]- Vanguard Newspaper

The Katsina State Command of Nigeria Immigration Service (NIS), has received 42 Nigeriens being repatriated for illegal entry into the...- Nigeria Tribune

A former Attorney-General and Commissioner for Justice in Lagos State, Mr Olasupo Shasore (SAN), has voluntarily resigned from the Justice Reform Project following a report by SaharaReporters that he obtained $2m from Process & Industrial Development Ltd, a British Virgin Island engineering firm, to frustrate a case against Nigeria at a court in London, United Kingdom - Sahara Reporters 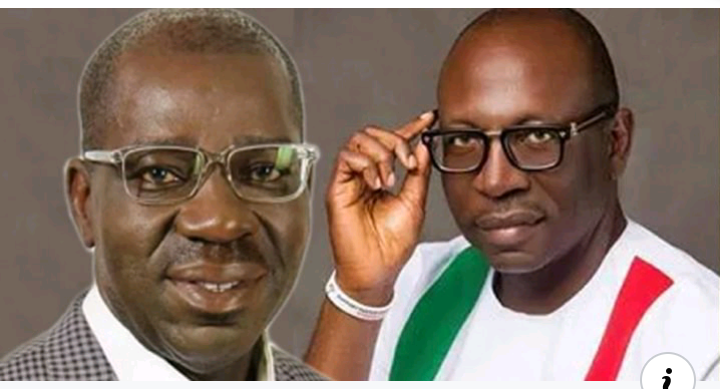