The emergence of Iyorchia Ayu as a North's PDP consensus candidate on Thursday brings back memories of his age-long political activities in the country. The memorable one was the national honor conferred on him and two other pro-democracy heroes by the present administration.

In 2018, President Muhammadu Buhari had included the Benue State politician and prominent Nigerians to be recognized in an investiture ceremony organized for the late M.K.O. Abiola, the winner of the annulled June 12, and other pro-democracy heroes like Gani Fawehinmi and Ambassador Babagana Kingibe. 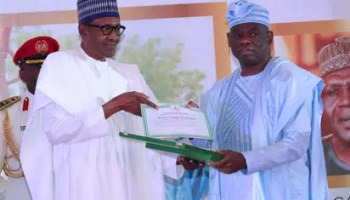 The Federal Government then proclaimed June 12 as an authentic Democracy Day in recognition of the country’s heroes whose supreme efforts laid the foundation for our nascent democracy Nigerians enjoy today.

The president subsequently approved the conferment of National Honours on the leaders of the Third Republic legislature for contributing immensely to the enthronement of democratic governance in the country.

All the three leaders were Agunwa Anekwe, Iyorchia Ayu, and Ameh Ebute. Below are brief notes on these 3 pro-democracy heroes of the Third Republic. This is contained in a report published by the Vanguard.

Before venturing into politics, he was a lecturer at the University of Jos, and even elected as ASUU chairman for the school. Ayu who was very popular among his Tiv tribe got elected into the National Assembly and became Senate President in the aborted Third Republic on the SDP platform.

However, he was later impeached by the senate members in November 1993. He became the Minister for Education in General Sani Abacha’s military government. Also, during Obasanjo's tenure, he held many ministerial posts.

He was the speaker of the House of Representatives in the defunct third republic. Unlike the other lawmakers, much has not been heard of Anekwe ever since he was honored by Buhari in 2018. Even though he is very much alive but not active politically, and in media space. 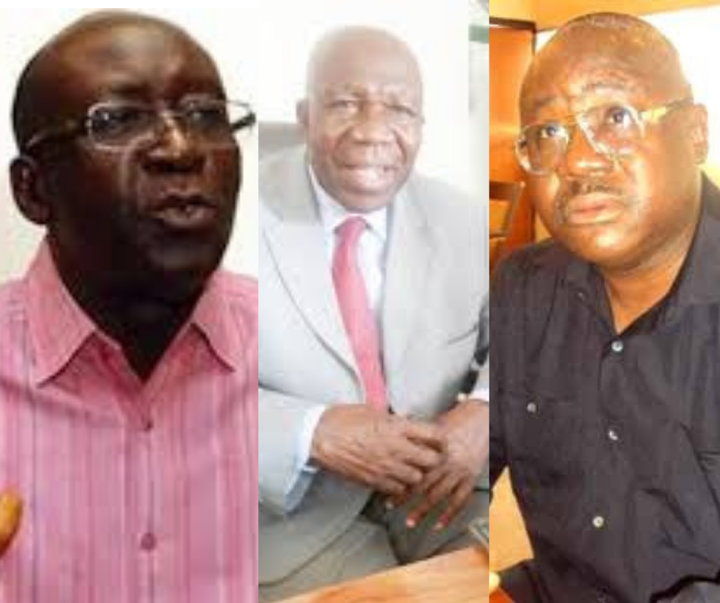 Ebute became the president of the senate of Nigeria after Iyorchia Ayu was impeached. Presently, he is a member of the National Caucus and Board of Trustees, BoT of the ruling All Progressives Congress, APC. The 75-year old lawyer turned politician also hails from Benue State.

Recently, he shared his thoughts on the 2023 general elections where he made a strong case for his geopolitical zone, North-Central. In the interview monitored by the Vanguard, the elder statesman revealed several issues befalling the Nigerian State, including its politics, security issues, and the problem of restructuring and zoning of the 2023 presidential slot.

To him, not only the South-East should be considered for the presidency in 2023, but also the North-West.

In 2019, he stirred mixed reactions after writing Donald Trump over a U.S. report on corruption, killings in Nigeria. The report had indicted the FG and state agents, particularly the military of arbitrary killings and other sundry crimes bothering on human rights violations allegedly perpetrated in Nigeria during the year under review.

However, in the letter written by Ameh, Trump was asked to investigate the researchers who packaged the report and sanction them for official ineptitude and purported lies.