By Hajdar (self media writer) | 1 month ago

The Peoples Democratic Party's major goal is to recapture the country's presidential seat by 2023, after serving in opposition for nearly six years at the federal level. To do this, the party is making the necessary preparations to assure a successful national convention, which will take place in just a few days. 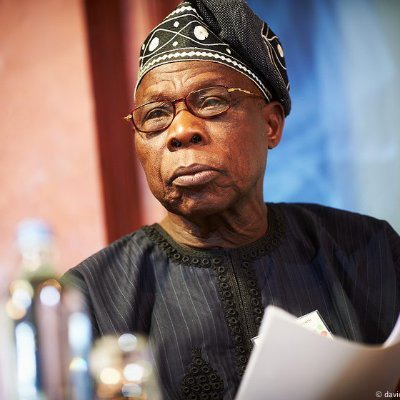 The party had established consensus and zoning for justice and fairness within all regions of the party prior to the national convention. As a result, there has been a lot of lobbying and politicking among the party's politicians to make sure that their preferred candidate gets elected to any of the national seats.

As a result, according to a media source, Governor Makinde and certain PDP governors do not want Olagunsoye Oyinlola to become the party's deputy national chairman (South).

According to the article, one of the reasons the governors oppose Oyinlola is his apparent ties to former President Olusegun Obasanjo, who was his superior in the Army. Oyinlola is also a retired Brigadier-General, which is worth noting.

However, after reading the news closely, I believe that Governor Makinde and some other governors are afraid of Olusegun Obasanjo's influence, despite the fact that he is not a card-carrying member, because of his participation in Buhari's election as president in 2015. It's worth remembering that Olusegun Obasanjo left the PDP in 2015, when the party was trying to re-elect President Goodluck Jonathan. As he separated himself from the PDP, he even tore his membership card.

This was an act of betrayal on Olusegun Obasanjo's part, and it had a significant impact on the party because the majority of his (Olusegun Obasanjo's) supporters joined him in backing APC over PDP. The study also indicated that Governor Makinde and other of the governors do not want the elder generation to have a say in the party's operations because of their powerful influence, which may sabotage their objectives. Despite the fact that Obasanjo is not a member of the PDP, he nevertheless commands enormous respect from some PDP lawmakers who remain loyal to him, one of whom is Oyinlola.

As a result, Governor Makinde and some of his colleagues have chosen not to back Oyinlola in his bid to become the party's deputy national chairman in order to prevent Obasanjo's influence.