Those who fabricate and spread lies must pay the price

By People'sDaily (self meida writer) | 8 days 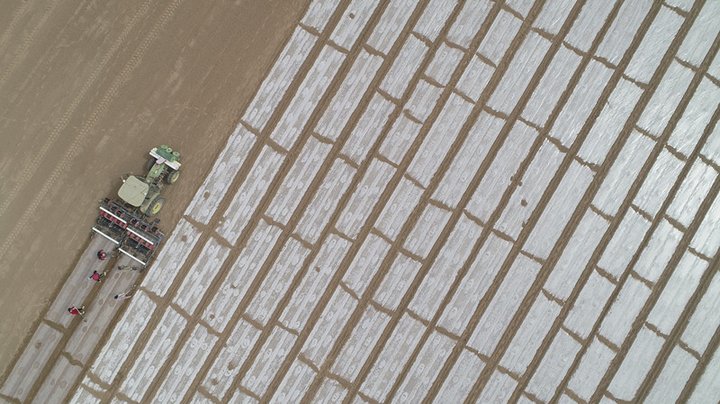 China recently hit back after a few western countries took a unilateral move to sanction Chinese individuals and entities over Xinjiang affairs based on lies and misinformation and under the pretext of human rights.

China's countermeasures were necessary, legitimate and righteous. They sent a clear signal to the relevant arrogant and biased countries in the west that they must pay the price for fabricating and spreading lies.

The fact that Xinjiang residents of various ethnic groups enjoy stability, security, development and progress, makes it one of the most successful human rights stories. However, some politicians in the US, the UK, Canada and the EU clearly don't want to acknowledge this fact. They grabbed the so-called "evidence" maliciously fabricated by some anti-China politicians and scholars, even though the so-called "facts" are nothing but patchwork based on false "internal documents," "victim statements" and information from unknown sources. They have even taken out of context and distorted Chinese official documents and data.

Facts prove that what some politicians from certain western countries care about is not truth or human rights protection. They are merely interfering in China's domestic affairs under all kinds of excuses, trying to contain China's development and undermine its stability. They don't want to see a prosperous China, or a better life of the Chinese people. They did everything to fabricate lies, slander and offend the reputation and dignity of the Chinese people, and threaten the national interests of China.

Lawrence Wilkerson, former chief of staff to former US Secretary of State Colin Powell and retired US Army Colonel even said openly that "The CIA would want to destabilize China and that would be the best way to do it to foment unrest and to join with those Uyghurs in pushing the Han Chinese in Beijing from internal places rather than external."

Some politicians from a few western countries believe they can hit China by just fabricating stories and lies. However, that is nothing but daydreaming. Their hegemonic practices don't go with China, as the Chinese don't buy such approaches. Chinese people do not stir up troubles, and they are not cowards when involved in some. The Chinese side will never accept any political blackmail, and justice must be practiced. Just as what international observers commented, China is able and willing to fight back western oppression.

Over than 80 countries voiced support for China's righteous position on Xinjiang affairs, through joint and separate statements, at the 46th regular session of the United Nations Human Rights Council. This proves that justice will finally prevail. The political manipulation by a few western countries is not the mainstream voice of the international society, nor will it deceive the world.

China is firmly determined to safeguard its sovereignty, security and development interests. The retrogressive behavior of some politicians from a few western countries can't stop China from progressing forward, or reverse the trend of historical development. If they keep going down the wrongful path, they will definitely pay the price for their own stupidity and vicious practices.

Opinion: One Major Issue The New PDP Southwest Chairman Should Urgently Attend To

What is your plan for Hijab? Is it as dictated by CAN?- MURIC asks Yoruba Nation agitators

Opinion: Soludo’s Relationship With Obiano; Can The Professor Really Make A Good Governor?

Checkout The Sandals A Lady Bought That Got People Talking