Pastors And Politicians: Pastors Cannot Be Separated From Politicians. (OPINION).

By TrueNewsInfo (self media writer) | 1 year ago

I have heard people say that pastors should not have anything to do with politicians. Some people have condemned some Pastors for visiting Government houses at State or Federal Levels. While, some Pastors have been called to question for receiving politicians who visited their churches.

The truth, in my own opinion is that, pastors and politicians cannot be separated from each other. This is because the politicians need the pastors to lead (rule) justly and successfully. Many people have often referred to the Bible, sighting different Priests, Prophets, the Apostles and even Jesus Christ as examples that today's clergymen should follow in their footsteps.

By God's grace, before I will go on to look at the case of the Apostles of Jesus and Jesus Christ Himself, I will like to look at the most successful king in the Bible, king David.

15 And David reigned over all Israel; and David executed judgment and justice unto all his people.

16 And Joab the son of Zeruiah was over the host; and Jehoshaphat the son of Ahilud was recorder;

17 And Zadok the son of Ahitub, and Ahimelech the son of Abiathar, were the priests; and Seraiah was the scribe." 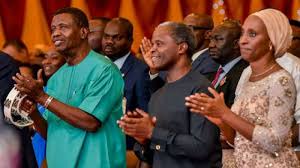 A look at David as a person and one of the critical time a Prophet played a very important role in his life is seen in 2 Samuel 11-12:1-25, when David as king, slept with Uriah's wife (Bathsheba), she got pregnant and David arranged for Uriah to be killed on the battlefield, after which David married Uriah's wife.

It was Prophet Nathan that God used to expose David's sin (2 Samuel 12:12), rebuke him and console him after David repented of this evil act. It must be said that it takes a lot of courage to correct a leader with so much power like king David had in his time.

David knowing the critical role a person like Prophet Nathan plays in his administration listened to him and took correction. David came out of this personal crisis a better person who never repeated the same mistake. If he had no Prophet within his reach that God could send to him, he would have covered this sin and it could have done greater damage later. 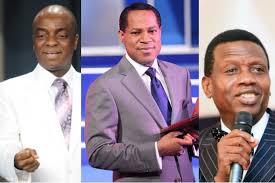 Regarding David as a warrior, it would interest people to know that David never lost a single battle from the day he fought his first battle against Goliath until his soldiers told him to stop going to war. 2 Samuel 21:17.

Faced with different battles against individual or national enemies, David was always in the habit of consulting God (through the Priests/Prophet) to know what to do. 1 Samuel 30:7-8; 2 Samuel 5:17-19.

Will it not be a big relive to know the mind of God on how to deal with the continuous battle against boko haram for example facing us in Nigeria? With the nation of Israel facing continuous famine for 3 years in 2 Samuel 21:1, king David turned to God for answer and solution to the national crisis.

God revealed the cause of the famine to David and the step to take, and Israel came out of the national problem thereafter. David enquired from God through the Prophet (or Priest) as it was usual to do in his days. 1 Samuel 9:9. 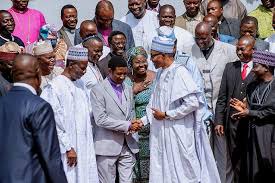 President Buhari with some members of CAN

Looking at the era of the Apostles of Jesus and Jesus Himself, I will like to call attention to two important facts, and they are: firstly, Israel as a nation was under servitude to the Romans and the Romans were military rulers led by an Emperor (Augustus Caesar at this time); and, secondly, the Apostles and Jesus were seen as ordinary or ignorant men (Matthew 13:54-57, Luke 4:22-24, Acts 4:13) and not Priests nor Prophets.

In the days of the Apostles and Jesus, those that the Romans saw and accepted as men of God were people like Annas the high priest, Caiaphas, John, and Alexander, among others Acts 4:5-6; John 11:47-49.

The High Priests and spiritual leaders in the days of the Apostles had contacts and dealings the military rulers of their time as could be seen in Acts 25:1-3.

Though limited, Peter and some brethren in Acts 10:21-23 went to the house of Cornelius, a Roman leader (Centurion as they were called then). 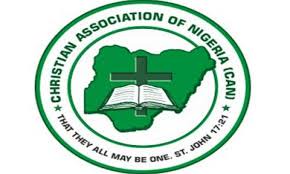 Logo of Christian Association of Nigeria (CAN)

I appreciate your opinion.