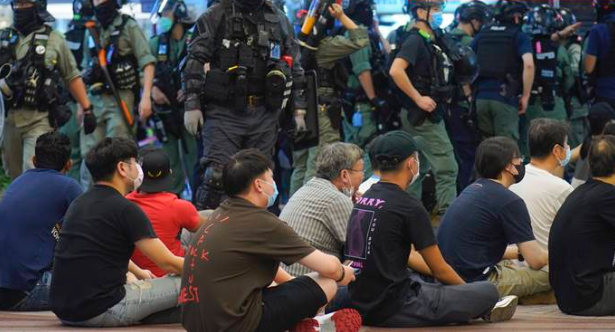 There are various advantages which Hong Kong offers to China that's why China don't want to loose control over Hong Kong. Some advantages are as follows:

1. Open capital markets: One of the most obvious traits that separates Hong Kong from the rest of China is its position as a free and open economy. That allows the territory to attract money from different parts of the world more efficiently than other mainland Chinese cities which are subject to capital controls.

2. Chinese yuan goes global: Hong Kong's status as a global financial and business center has also helped China to promote greater global use of its currency, Chinese yuan. The territory, which has its own currency, the HK dollar is one of the few places where the yuan is traded outside the mainland.

3. China's overseas investments: As Chinese companies expand their investments overseas, much of that money flow is routed through Hong Kong to "take advantage of the territory's favourable regulatory environment and available professional services.

Like it or not, Hong Kong was traditionally Chinese territory. The British Empire took it over, and leased it for nearly 100 years. While I certainly support Hong Kong having is freedom, I understand China’s viewpoint here. Until and unless it decides to fight its own “revolution” similar to how America did with England, and Hong Kong requests aid from other countries, it is best both politically and economically to leave the two of them alone to settle it themselves.

The Qin dynasty incorporated the Hong Kong area into China for the first time in 214 BCE. Hong Kong became a colony of the British Empire after the Qing Empire ceded Hong Kong Island at the end of the First Opium War in 1842. The colony expanded to the Kowloon Peninsula in 1860 after the Second Opium War, and was further extended when Britain obtained a 99-year lease of the New Territories in 1898. The British Empire was a brutal and rapacious business conglomerate backed the British army and navy military. In other words, Hong Kong was Chinese territory for more than 2000 years, was taken at gunpoint by the British, incorporate into a colonial outpost, then and legally handed back in 1997.