JUST IN: Why Sowore’s Lawyer is ordered to Appear before the Senate

By GAlasa (self media writer) | 2 years ago

Lead counsel to Omoyele Sowore, Mr Femi Falana, has been invited to appear before the Nigerian Senate following the invasion of a Federal High Court on Friday December 6 by the Department of State Security Services. 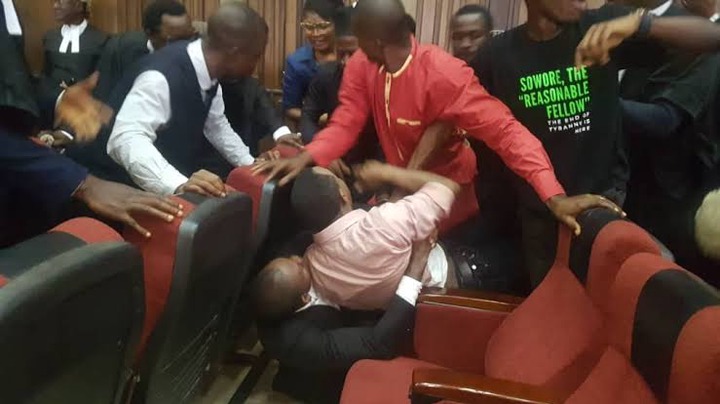 The Senate asked the human rights lawyer to appear before its Committee on Judiciary, Human Rights and Legal Matters on Thursday December 19, 2019 by 10.00am.

Last Thursday, the senate had called for the probe of the court invasion by the security operatives who stormed the court premises to effect the rearrest of the former presidential candidate.

The action by the operatives of the security agency has been widely condemned by Nigerians and the international community, with US Senator Bob Menendez describing the invasion as “unacceptable in a country that calls itself a democracy”.

The Senate, which sought to know what transpired between Sowore and the security agency, had said in a letter to Falana (SAN) that the court would not be disrespected in the way and manner the invasion allegedly occurred.

“Pursuant to Rule 43 of the Senate Standing Orders, 2015, as amended, Senator Michael O. Bamidele (Ekiti Central Senatorial District), drew the attention of the Senate to the alleged court invasion by officers of the Department of State Services on Friday, December 6, 2019,” the letter reads in part.

"As such, Nigerians deserve to know what transpired in the court and he urged the Senate to investigate the matter.

“Consequently, the Senate deliberated on the matter and after extensive deliberations, it was referred to the Committee on judiciary, Human Rights and Legal Matters to among other things conduct investigation on the alleged invasion of the court and report back to the Senate."

Content created and supplied by: GAlasa (via Opera News )