What is the greatest threat to China's national security?

The greatest threat to China isn't Russia, or America. Not even the rest of the world. No one will attack China because she is a major nuclear power. America and the world may spank China occasionally and it may hurt. Both the spanker and the spanked. But it won't kill. The greatest threat to China is the Chinese people. History has repeatedly proven the fact. It took the Qin 650 years and 36 generations to unify the country, yet it was undone multiple times from within in the two millennia after, and the mandate from heaven even passed into the hands of foreign conquerors several times. Once torn apart, it takes a long time to make whole again, as repeated cycles of dynastic collapse have shown. Modern China has huge inequality. Unlike the United States where even Mississippians have similar baselines and experiences compared with other states, China has vastly different socioeconomic conditions. For example, smart phone penetration is only about 50% and there are still tens of millions who live in abject poverty--the poorest of the poor for whom hunger is a real problem. 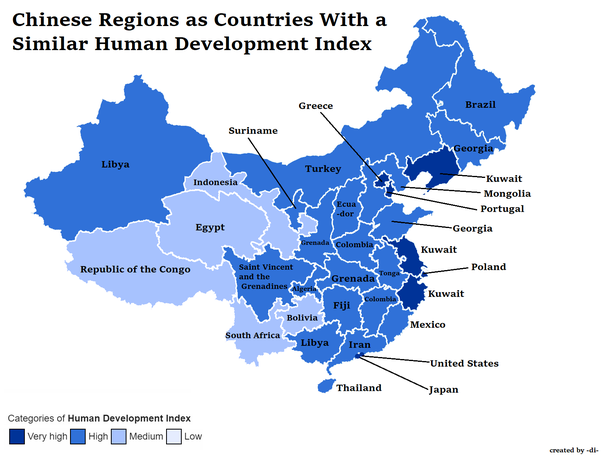 How do you keep a society from breaking up if hundreds of millions do not enjoy or can even relate to the prosperity of their coastal compatriots? By keeping a tight rein on things. China spends more on internal security than defense, which clearly shows where the priority lies. This is why China is very sensitive to politicization of any social issues. Otherwise the road to development may vanish before the goal of turning China into a 21st century modern nation is complete. Doesn't matter who is in power or the political system. The only way to keep the country together is for every generation to believe in the shared dream their children have better days ahead.