Like Uzodinma, Why an Okorocha alliance with Ihedioha will fail

By DigitalKitchen (self media writer) | 5 months ago 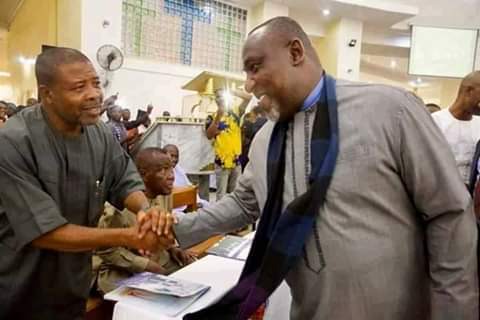 Rumour have been flying around, about a likely defection to the Peoples Democratic Party PDP, by the former governor of Imo State, and Senator representing Orlu zone, Senator Rochas Okorocha.

Several notable local tabloids have reported the move as inevitable, and even gave hint of a possible Rt Hon Emeka Ihedioha and Ugwumba Uche Nwosu governorship ticket in 2023.

To the keen political observer, the issue of compatibility comes to mind. How compatible are these unlikely political bedfellows?

This brings to mind, the hastily formed alliance between Okorocha, and the Imo State governor, Senator Hope Uzodinma, which keen political observers knew would not last from the very day it was formed.

These are men with different ideologies about what leadership is all about. These are men who play different type of politics. While Uzodinma believes in Rule of Law, and Due Process, Okorocha saw them as hindrances, and never followed them in his administration.

While Uzodinma believes in qualitative infrastructure for the people, Okorocha became legendary for substandard projects that failed within weeks of completion.

While Uzodinma has never shown interest in worldly possessions such as owning lands everywhere, Okorocha has a fixation for lands and property, which is one of the problems he is facing today.

With Uzodinma's revelation of how the bailout funds, given to Okorocha was spent, along with other issues, both those mentioned above, and those not mentioned, revealed the differences between both politicans, which made them unlikely political bedfellows, and to a keen political observers, that marriage was one that would not last.

It did not last and today, both men are at daggers drawn, over issues ranging from probes on Okorocha's administration, as well as over his failed attempt to takes control of the party in the state, which is now forcing him out of it.

Rt Hon Emeka Ihedioha is also a man of Due Process, who doesn't believe in cutting corners, or doing things out of the book like Okorocha is known for, and a marriage of both men could end up in a more chaotic manner, than what happened between him and Uzodinma.

The probe panels that had found Okorocha culpable of corrupt crimes during his time as lmo govenror, were all set up by Rt Hon Emeka Ihedioha, and only carried on by Senator Hope Uzodinma.

A political marriage between both men, to remove Senator Hope Uzodinma in 2023, as doubtful as the success of the venture might be, would probably not stop Ihedioha from doing the right thing if he becomes governor.

As Uzodinma once accused Okorocha, Ihedioha may not also forget the probes, no matter the political agreement he has with Okorocha, which making Uche Nwosu his deputy, is believed to be one of the agreements being reached, and Nwosu might find himself impeached as Imo deputy governor, to face corruption charges, under Ihedioha.

But that would be if they don't get the State Assembly to impeach Ihedioha before then.

Political desperation have created many unlikely alliances that have never lasted when the storm clears, and an Ihedioha/Okorocha political marriage may as well go the way of others before it.