You're Hunted By Your Shadow, PDP Tells Buhari 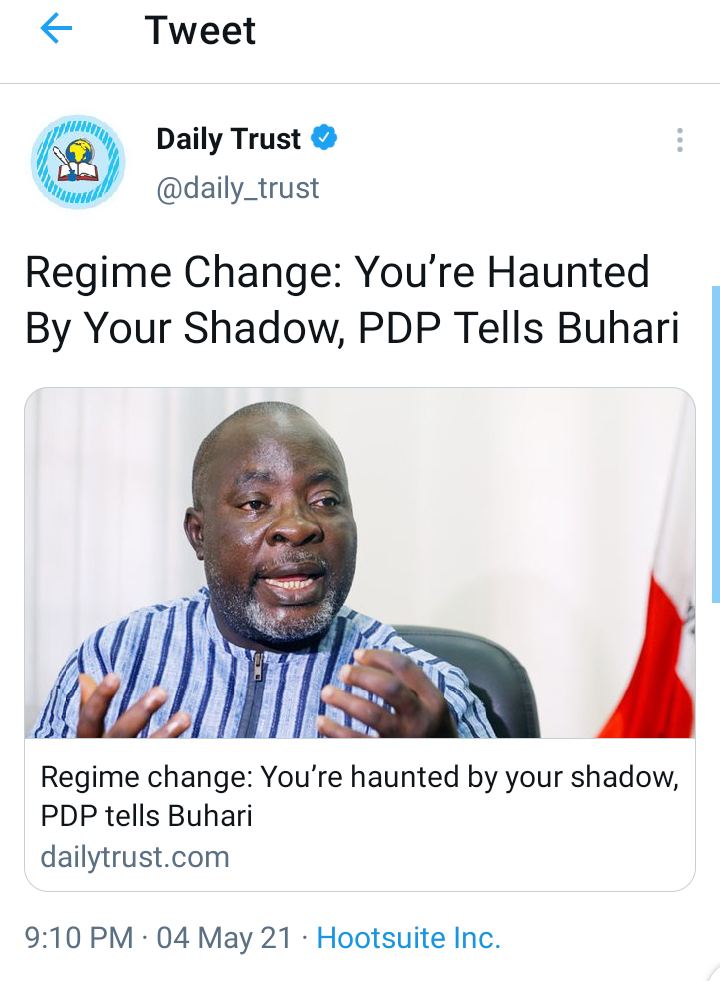 The Peoples Democratic Party (PDP) has alleged that President Muhammadu Buhari’s administration has resorted to blackmail in the face of failure.

The party was responding to the allegation by the presidency that some Nigerians were plotting a forceful and undemocratic change of leadership.

In a statement by the party spokesman, Kola Ologbondiyan, the PDP said rather than taking charge and securing the nation, the Presidency is busy engaging in frivolous allegations against Nigerians.

“It is however imperative to state that the Buhari Presidency and the All Progressives Congress (APC) are being haunted by their own shadows as Nigerians know the persons as well as the political party with the history and penchant to scuttle democratically elected government. 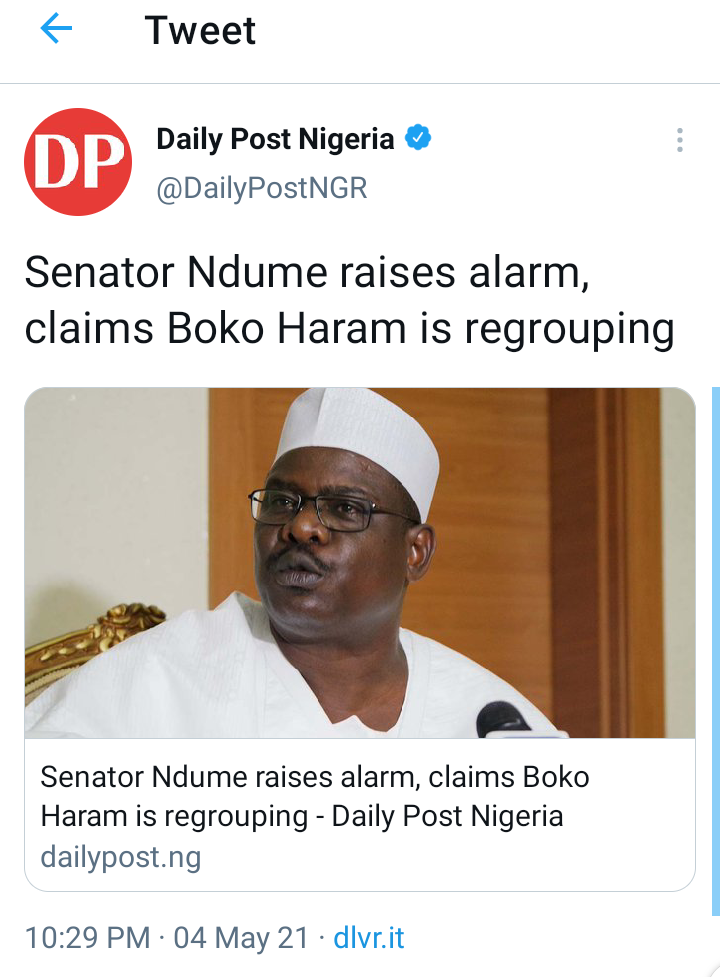 The lawmaker stated this on Tuesday, while briefing journalists after the plenary.

Ndume was speaking on his bill seeking to establish Federal College of Education Gwoza, Borno State.

The bill passed its second reading on the floor of the Senate on Tuesday.

Ndume, however, said the resurgence of Boko Haram activities in the North East, should not stop the establishment of more schools in Borno South. 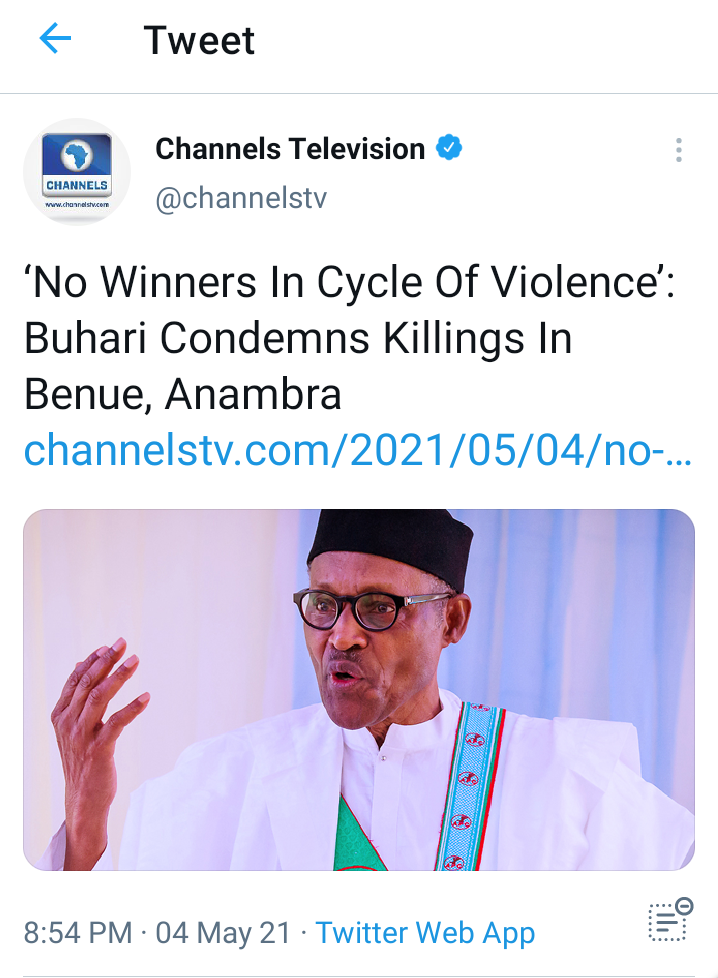 President Muhammadu Buhari on Tuesday called for an end to what he described as “the cycle of violence” in Benue and Anambra states.

In a statement signed by spokesman Garba Shehu, the President said the inclination for people to take law into their hands “in the name of revenge” will lead to “no winners . . . only losers.”

At least 11 people were killed in Gwer West Local Government of Benue State on Monday which apparently led to reprisals on innocent people by mobs that blocked roads to unleash terror and violence, according to the statement.

The statement also said there had been the killing of innocent people in Anambra State by mobs.

“I totally condemn this latest unprovoked violence and counter-attacks on innocent people that had nothing to do with the cause of the violence,” the President was quoted as saying. 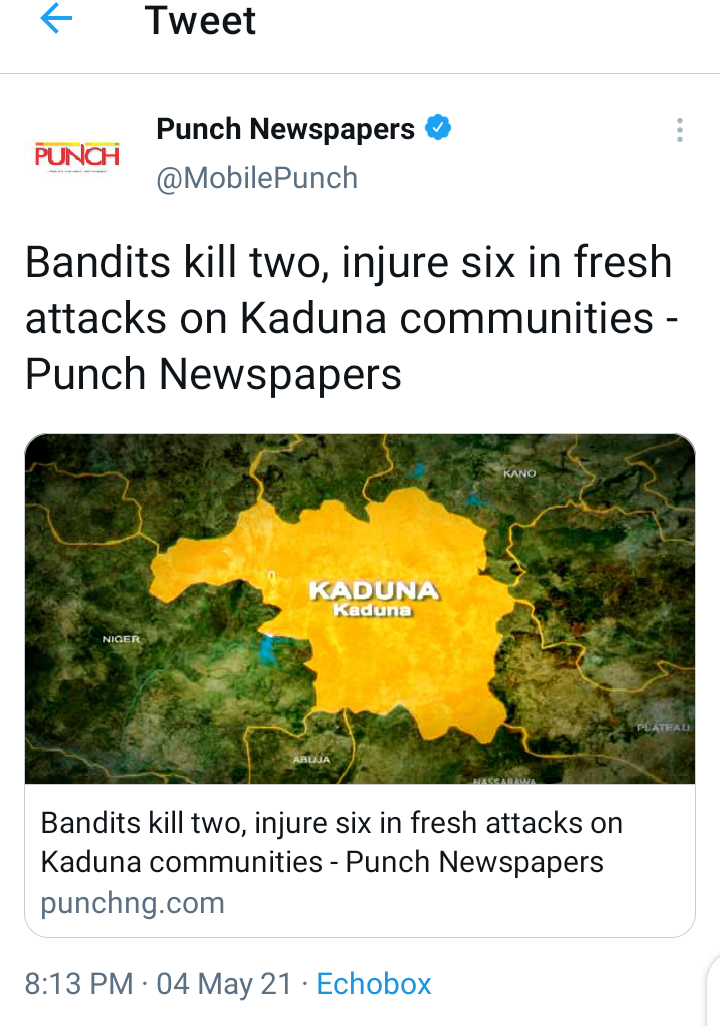 The state Commissioner for Internal Security and Home Affairs, Mr. Samuel Aruwan, who confirmed the attacks, however, did not give details on when the incident happened.

According to the Commissioner, security agencies have reported that bandits invaded Mazari, a community close to Buruku in the Chikun council of the state.

He said the report had it that one Mariya Sale was killed in the attack while three others identified as Ladidi Abdullahi, Zubaida Balarabe, and Hauwa’u Ayuba were injured.

The Commissioner added that in another reported incident, bandits attacked Doka village, Kajuru LG where one Bitrus Luka was shot dead and three others were injured. 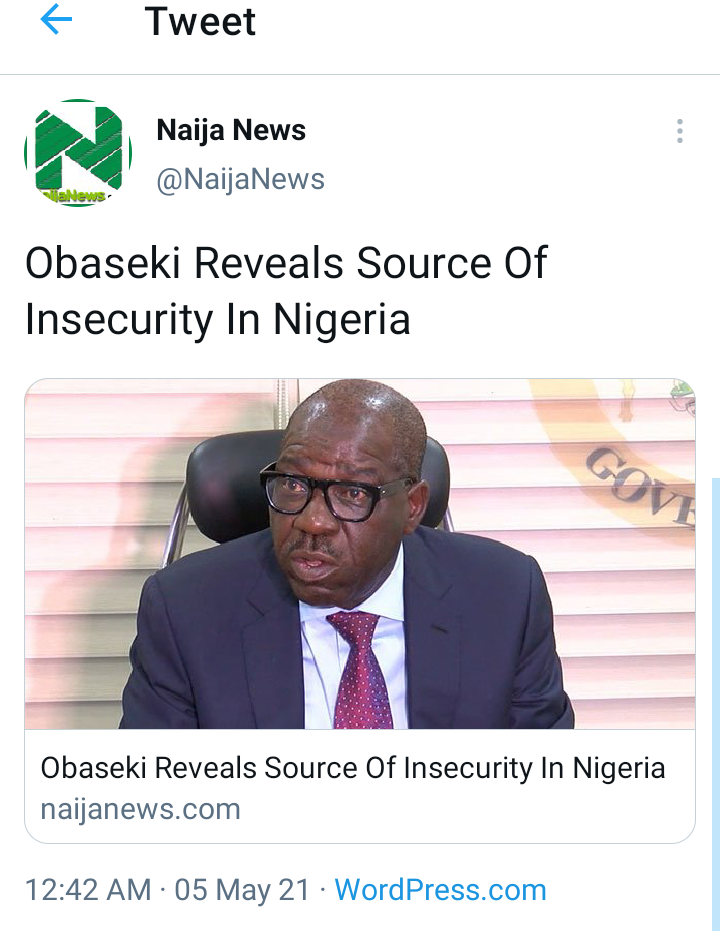 Edo State Governor, Godwin Obaseki, on Tuesday said the mismanagement of the economy is the reason for security challenges in the country.

Obaseki, however, called Nigerians not to be moved by the situation, but be united to ensure a better Nigeria.

“We should not lose hope in Nigeria but focus on how to create confidence to give our people hope by managing the country well. The challenges of insecurity just show the dysfunctionality of our federal system," he said. 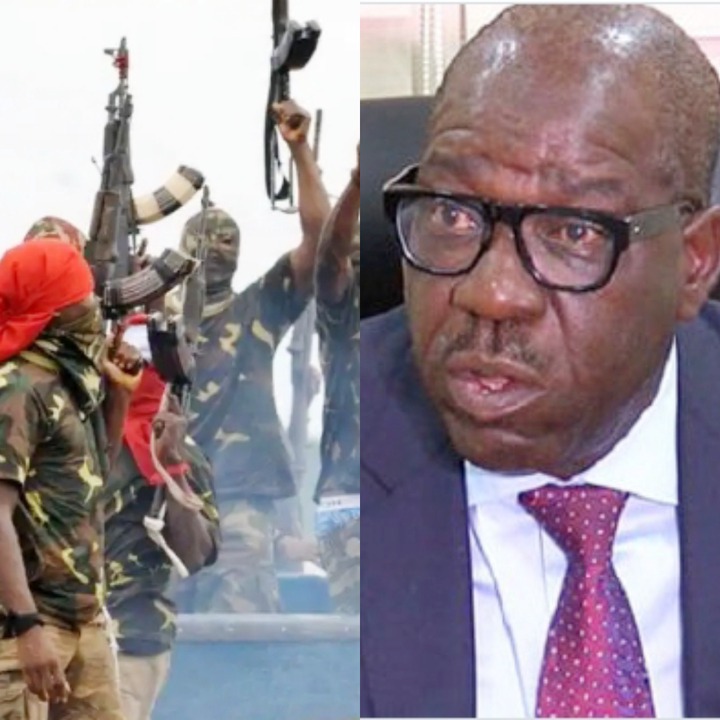