By WaterNewsGo (self media writer) | 12 days ago 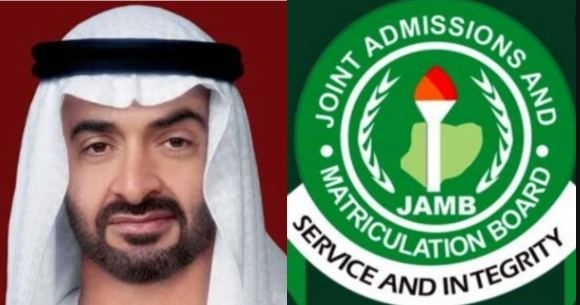 Sheikh Mohamed bin Zayed has been elected the new President of the United Arab Emirates. 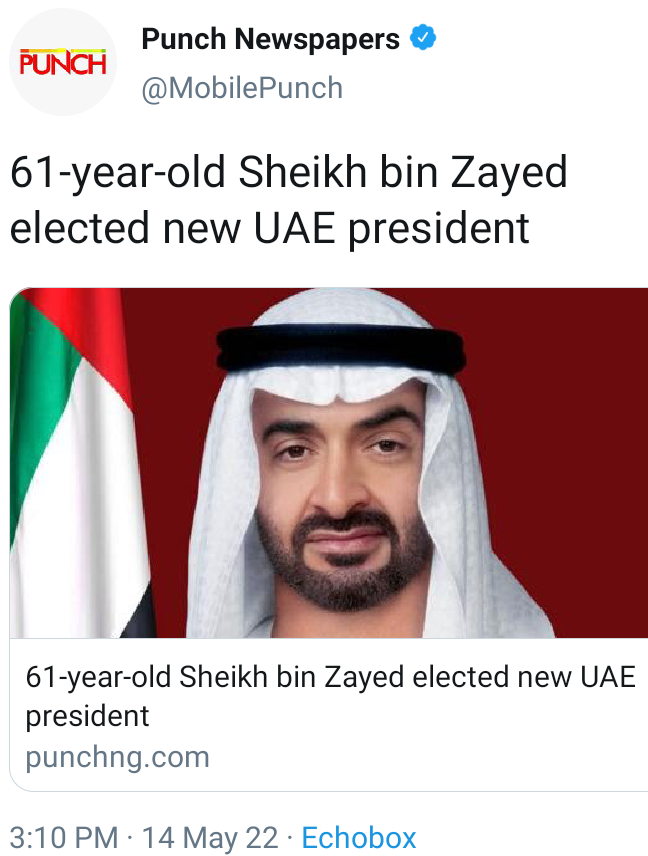 According to Khaleej Times, Zayed succeeds his brother Sheikh Khalifa bin Zayed Al Nahyan, who died on Friday, at the age of 73.

The 61-year-old leader will be the country’s third president and 17th Ruler of Abu Dhabi.

His election was announced on Saturday by the Federal Supreme Council.

The Joint Admissions and Matriculation Board has released results of the just concluded 2022 Unified Tertiary Matriculation Examination. 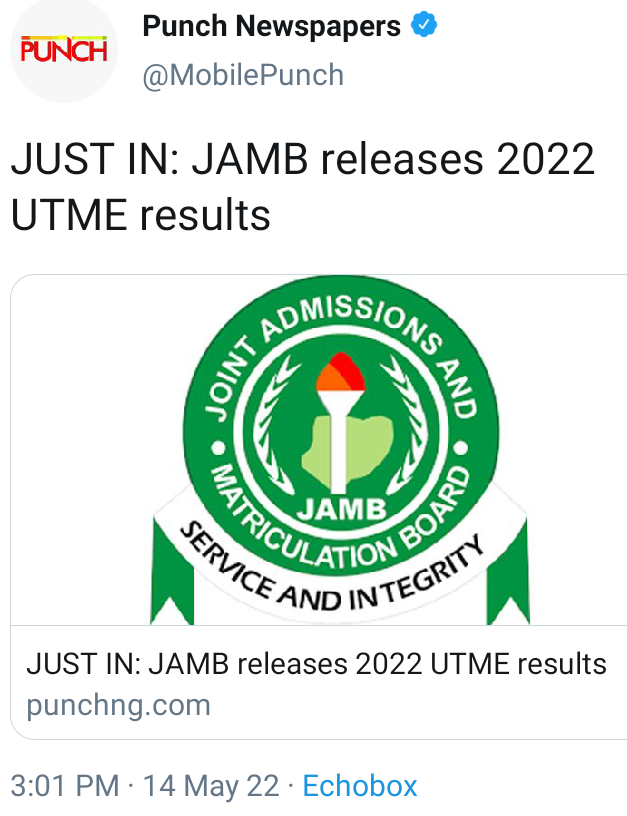 The examination body, which also outlined the process to check the results, made this known in a statement signed by its Head, Public Affairs and Protocol, Fabian Benjamin, on Saturday in Abuja.

The statement made available to The PUNCH read: “To check the 2022 Unified Tertiary Matriculation Examination result, all a candidate needs to do is to simply send UTMERESULT to 55019 using the same phone number that he/she had used for registration and the result would be returned as a text message.

Attorney General of the Federation and Minister of Justice, Abubakar Malami, has dropped his ambition of contesting the governorship of Kebbi State, come 2023. 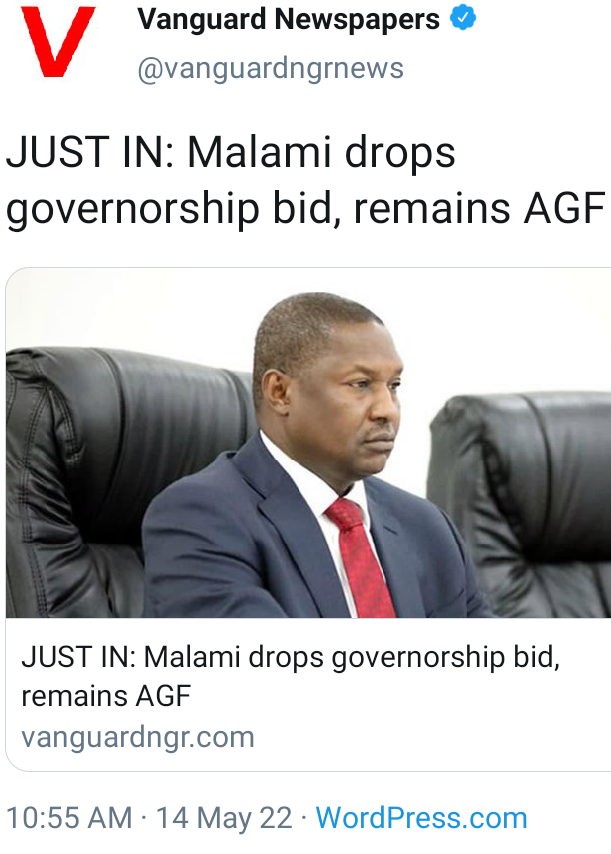 In the place of that, the politician has opted to keep his current job as the nations’s chief law officer.

Malami confirmed to Vanguard on Saturday morning that he had indeed given up on the governorship race for now but did not give reasons for the change of mind.

“I have not resigned as the Attorney General of the Federation but have only withdrawn from the Kebbi governorship race,” Malami said in a short message to Vanguard. 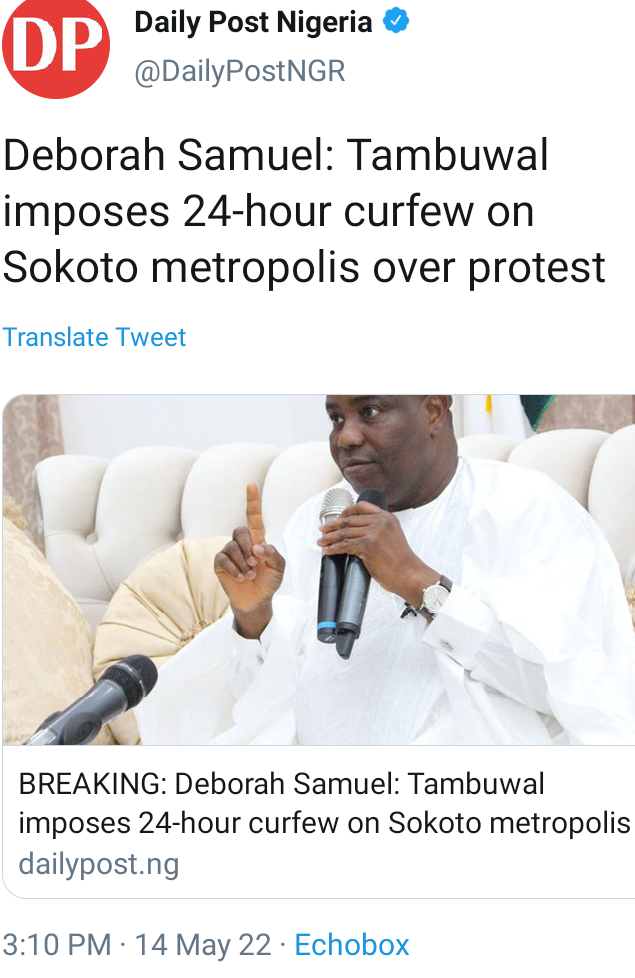 Sokoto State Governor, Aminu Waziri Tambuwal on Saturday imposed a 24-hour curfew on the state metropolis over the violent protest by youths who were demanding the release of two suspects arrested in connection with the killing of Deborah Samuel over alleged blasphemy.

The Movement for the Survival of Izon Ethnic Nationality in the Niger Delta (MOSIEND) has called on the Economic and Financial Crimes Commission (EFCC) to investigate the immediate-past Minister of Niger Delta Affairs, Senator Godswill Akpabio and other ministers that just resigned from the cabinet of President Muhammadu Buhari. 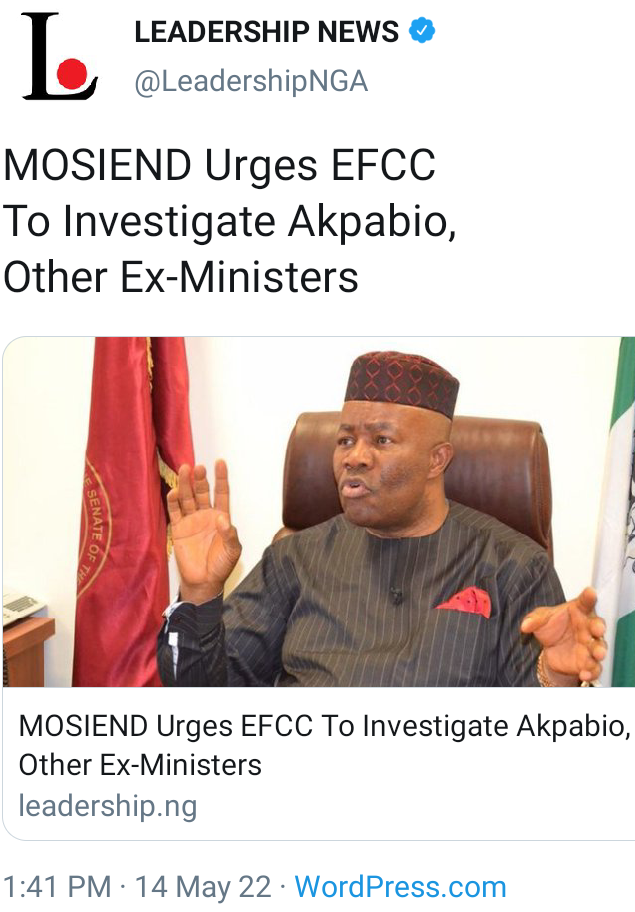 MOSIEND in a statement issued in Port Harcourt by its acting chairman, Comrade Marvin Kofi Thompson yesterday, said it would assist the anti-graft agency to investigate the huge financial rascality in the Niger Delta Development Commission (NDDC).