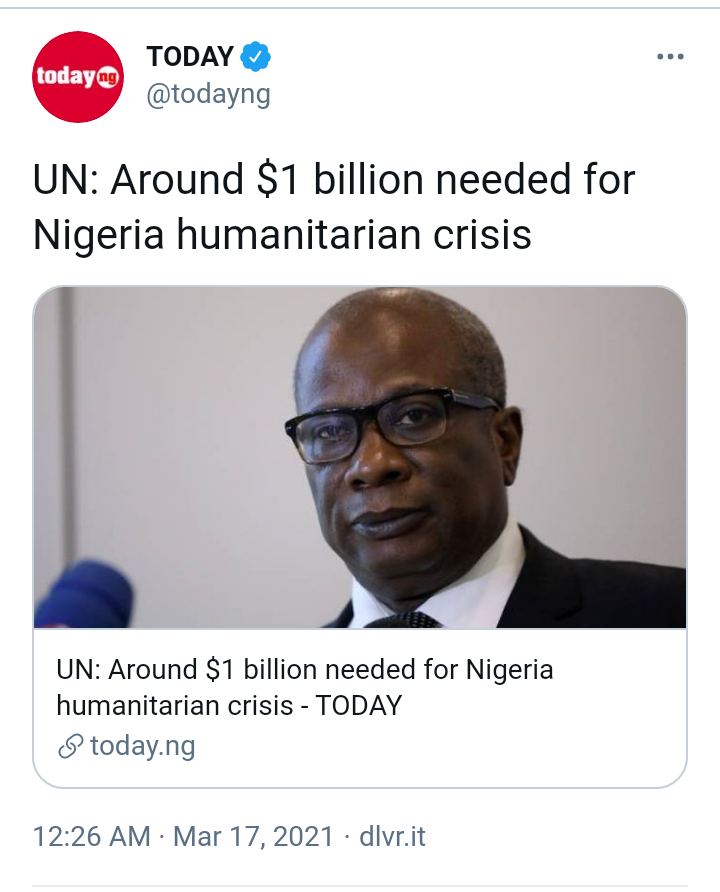 The United Nations estimated Tuesday that around $1 billion were needed to respond to the humanitarian crisis in northeast, where 5.1 million people are at risk of acute hunger.

Despite ongoing military operations to end a decade-long jihadist insurgency, the conflict continues to kill and force people from their homes.

“As many as 5.1 million people are threatened by acute hunger during the upcoming lean season – the worst outlook in four years,” the UN’s office for the coordination of humanitarian affairs said in a statement. 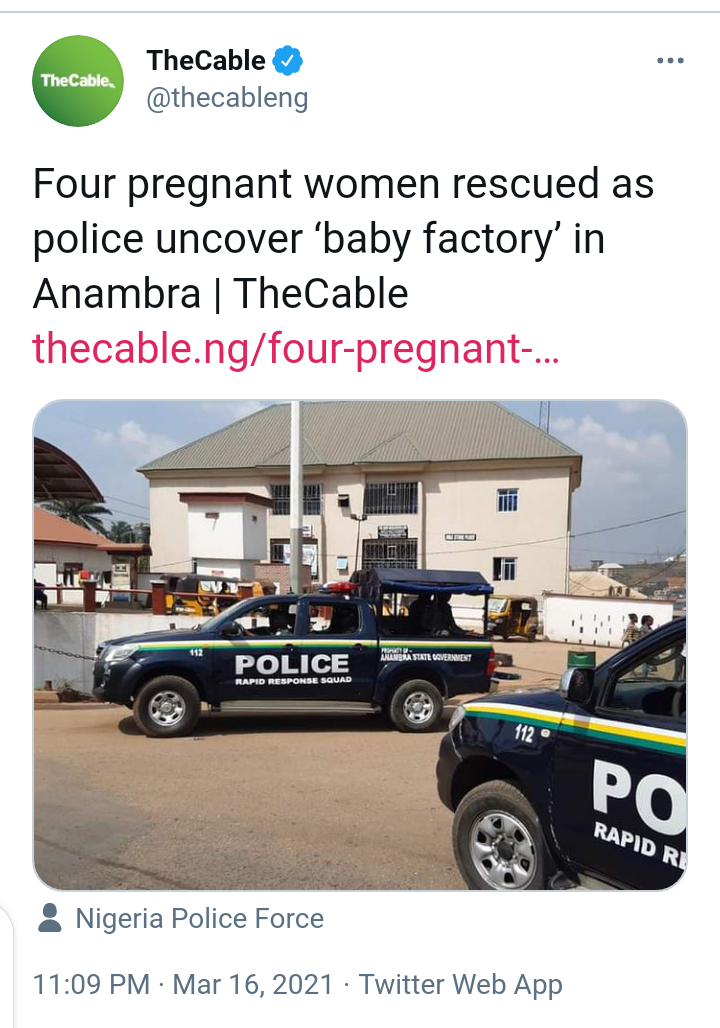 The Anambra police command says it has rescued four pregnant women from a baby factory in Nnewi area of the state.

Haruna Mohammed, spokesperson of the Anambra police command, disclosed this in a statement on Tuesday, adding that the area was discovered after an attempted child theft that occurred recently.

Haruna said the command had received a report from Nnewi that a four-year-old pupil was almost abducted on his way from school on March 11.

He said the two suspected kidnappers were beaten up by a crowd, which led to the death of one of them.

EFCC To Probe Another Politician 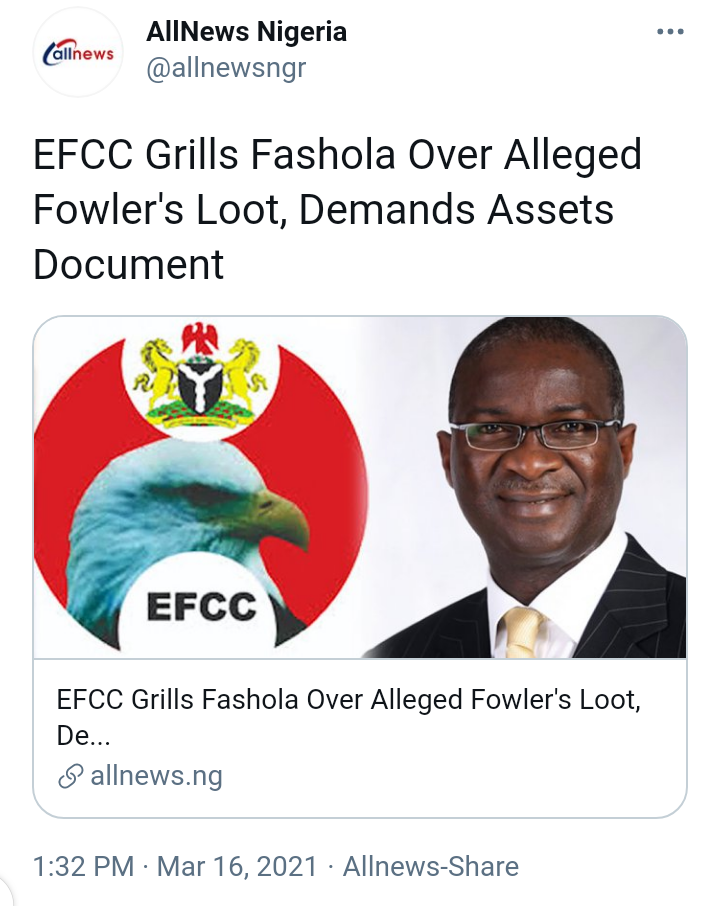 The Economic and Financial Crimes Commission (EFCC) has grilled the Minister of Works and Housing, Babatunde Raji Fashola, over alleged N4.5bn Fowler’s loot and demand for his asset declaration from the Code of Conduct Bureau (CCB).

According to the report, the grilling is related to the corrupt practices tied to his questionable asset declaration and an ongoing probe of Babatunde Fowler, the former chairman of the Federal Inland Revenue Service (FIRS). 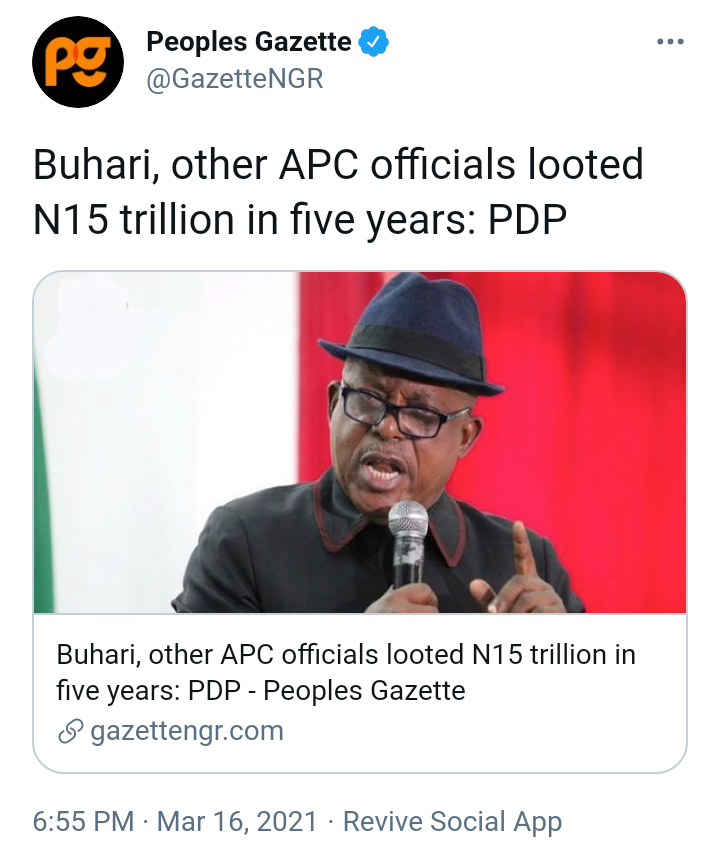 PDP have accused Buhari and other APC officials of looting 15 trillion in 5 years.

The Peoples Democratic Party (PDP) says the report by the National Bureau of Statistics (NBS) on escalated 33.3 percent unemployment rate in the country is a direct confirmation that the much-orchestrated claims of massive job creation by the Buhari Presidency and the All Progressives Congress (APC) are mere statistic hoax being used to deceive Nigerians. 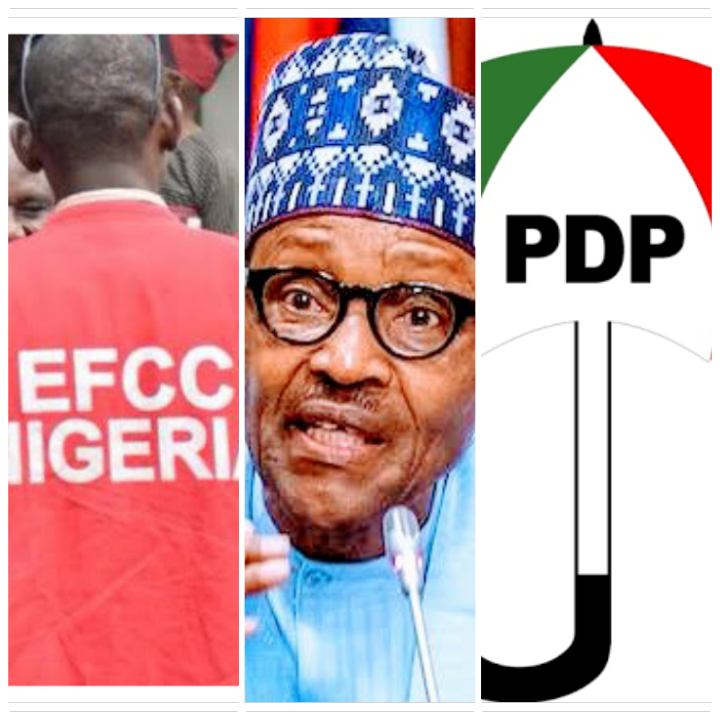 As a Nigerian, what can you say about the accusations leveled against Buhari by PDP?

Do you think Buhari and other APC officials have looted 15 trillion?

PANTAMI: Who Are These Saints in Our Political Space?