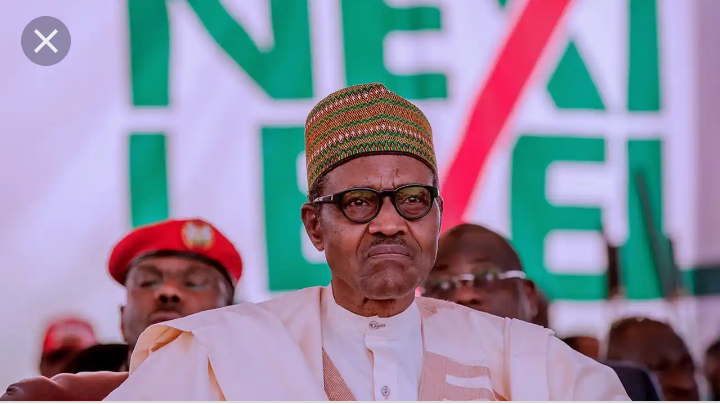 President Muhammadu Buhari has constituted the 7-man Governing Board of the Nigerian National Merit Award, NNMA, under the Federal Ministry of Special Duties and Intergovernmental Affairs.

This was contained in a statement signed by the Permanent Secretary, Engr. Festus Daudu, and made available today.

According to the statement members of the board were selected from the six geo-political zones of the country, and their tenure takes effect from 1st May 2020 and will be for a period of three years.

The Nigerian National Merit Award is an agency under the Federal Ministry of Special Duties and Intergovernmental Affairs, which has the primary responsibility to confer on deserving Nigerians the prestigious Nigerian National Order of Merit (NNOM) Award for outstanding contributions to national development in the areas of Science, Medicine, Engineering/Technology, Humanities including Arts and Culture among other fields of human endeavour.

Meanwhile, Minister of Special Duties and Intergovernmental Affairs Senator George Akume, has since congratulated the appointees, which soon as arrangements are concluded, the date of the inauguration of the new Governing Board will be announced in due course.

Apparently piqued by recent dramas spinning out of the administration and investigations of activities within the Niger Delta Development Commission’s (NDDC) President Muhmmadu Buhari has called for caution.

It would be recalled that recent interactions among officials of the NDDC, the Ministry of Niger Delta Affairs, as well as the way they had related with the National Assembly, had made screaming negative news headlines in the last few days.

However, in his first public reaction to the NDDC saga, including revelations and relations with the National, President Buhari directed that activities be better coordinated among security and investigating agencies with the National Assembly.

According to a statement issued by his Senior Special Assistant on Media and Publicity, Mallam Garba Shehu, the President said the need for the call for caution became necessary to ensure that the administration’s effort to bring sanity, transparency and accountability to the management of the large amount of resources dedicated to development of the Niger Delta sub-region is not derailed.

In his reaction to the unfolding drama, which include attacks and counter attacks between and around persons, institutions, and the Niger Delta Development Commission (NDDC), President Buhari expressed his strong determination to get to the root of the problem undermining the development of the Niger Delta and its peoples in spite of enormous national resources voted year after year for this singular purpose.

According to the directive, auditing firms and investigative agencies working in collaboration with National Assembly Committees to resolve the challenges in the NDDC must initiate actions in a time-bound manner and duly inform the Presidency of the actions being taken.

The President also directed timely sharing of information and knowledge in a way to speedily assist the administration to diagnose what had gone wrong in the past and what needs to be done to make corrections in order to return the NDDC to its original mandate of making life better for people in Niger Delta.

President Buhari said the administration wants to bring about “rapid, even and sustainable development to the region.”

The President gave firm assurance that his administration would put in place a transparent and accountable governance framework, not only in the NDDC but in all other institutions of government.

The House of Representatives Committee on Basic Education and Services, the Ministry of Education and West African Examination Council (WAEC) Nigeria today brainstormed on possible dates for the examination.

The stakeholders however agreed if they were to make the September date for the examination a reality, there was need to get President Muhammadu Buhari and the Governors’ Forum involved for a timely and effective decision.

They agreed in the interest of the 1.6 million candidates registered for the exams, there was a need to agree on a date for the regional exercise as time was running out for the country.

One of the options was to find a date acceptable and immediate as the head of WAEC National office in Nigeria, Patrick Areghan, revealed that it takes quite a while to print question papers and other convoluted logistic considerations might come into play.

Areghan said that Ghana had wanted to have the examination in June because it is an election year but shelved it because of Nigeria.

He also revealed that it took a presidential directive for Gambia to shelve its desire to have the examination.

So, according to him, Nigeria should decide on if it wants to give its candidates what he called a COVID-19 exam certificate or a WAEC Certificate in concert with the other countries.

According to him, getting parents to pay another set of fees might be difficult if the September date is missed, warning if the November option is considered, “someone has to pick the bills.”

The Permanent Secretary Ministry of Education, Sonny Echono, said WAEC is one of the institutions that espouses regional cooperation and having a stand-alone examination will defeat its element of unity.

He further noted if there was adequate funding, it should not take more than a week to get the examination ready logistically for the 19,000 centres across the country.

Rep Nnolim Nnaji wondered why that should be a problem pointing out that the Ministry of Humanitarian Affair spent over N13bn as palliative for the COVID-19 pandemic.

The Minister of State for Education, Emeka Nwajiuba, reminded members and all present the decision they were to make was for an examination date and not resumption of schools. The Federal Government has promised to offer financial assistance to all indigenous inventions in order to enable the reposition of the economy.

This is even as President Muhammadu Buhari has directed the Federal Ministry of Science and Technology to take a full inventory of all indigenous inventions and innovations for possible assistance.

The President, who is the Chairman of the Presidential Standing Committee on Inventions and Innovation (PSCII), further directed the committee, to identify credible research products with the potentials to impact all gamut of national life.

The Minister of State for Science and Technology, Barrister Mohammed Abdullahi dropped the hint when he received a young Nigerian Inventor, Mr. Usman Dalhatu, a Chemical Engineering Student of Ahmadu Bello Student, Zaria in his office today in Abuja.

Usman Dalhatu was in Abuja to display to the Minister his inventions- medical ventilators and the sweeping machines.

Barr. Abdullahi, who expressed satisfaction with the inventions, described Nigerian Youths as very creative, innovative and have the capacity to excel like their counterparts in other parts of the world.

The Minister assured the young innovator of the support of the Ministry and directed the Agencies of the Ministry-The National Agency for Science and Engineering Infrastructure- (NASENI), The National Office for Technology Acquisition and Promotion, (NOTAP) and The Federal Institute of Industrial Research, Oshodi (FIIRO) to broker a partnership with the young inventor so as to make his products globally competitive for exportation.

Already, NOTAP has assisted the inventor by patenting his sweeping machine for possible commercialization.

Speaking earlier, Mr. Usman Dalatu, said his inventions are environmentally friendly, cost-effective, elastic, and can be powered by solar energy. The ventilators can also be used in Ambulances, Armored Tanks, etc.

He called on the Federal Government to assist in patronizing and promoting the two products, adding that the products had gone through clinical trials for one week in Gombe state. The ruling All Progressives Congress (APC) Campaign Monitoring Sub-committee of the National Campaign Council for Edo State Governorship Election on Today met to strategise on the September 10 governorship election.

The meeting, which took place behind closed door at the National Secretariat of the party, lasted for about 45 minitues before it was moved to an undisclosed venue in the capital city.

In attendance was the Chairman of the sub-committee and Imo Governor Senator Hope Uzodinma, who is also the Deputy Chairman of the National Campaign Council; the Deputy Senate President Ovie Omo-Agege and Professor Julius Ihonvibere among others

The party flagbearer, Pastor Osagie Ize-Iyamu and his running mate, Gani Audu, were also in attendance.

The committee members and Ize-Iyamu failed to speak to newsmen.

But it was however gathered the meeting, which essentially was to discuss among other things, the campaign budget, had to relocate to enable it meet with some critical stakeholders for further strategies on how to reclaim the state from Peoples Democratic Party (PDP).

It was learnt that the committee was scheduled to meet with the former National Chairman, Comrade Adams Oshiomole for his inputs to enable the committee factor it into a report to be submitted to the Progressive Governors’ Forum (PGF) at a crucial meeting on Thursday night in an undisclosed venue in Asokoro, Abuja.

“Our meeting at the National Secretariat was brief because we needed to contact some crtical stakeholders in the Edo State Governorship election project for their imputs, which we intend to factor into our final report that will be submitted to the National Campaign Council,” our source disclosed.

Another source in the PGF Secretariat confimed to The Nation a crucial meeting of APC Governors on Thursday at an undisclosed venue to discuss the elections in Edo and Ondo States.

“Edo election is crucial to the party, that is why all APC governors are meeting tonight (Thursday) to strategise on how to record victory in the forthcoming elections in Edo and Ondo State,” our source hinted