As some other answers point out, China was chosen as one of the five primary victorious powers of World War II, The United States, Britain, France, The Soviet Union (now represented by the Russian Federation) and China. 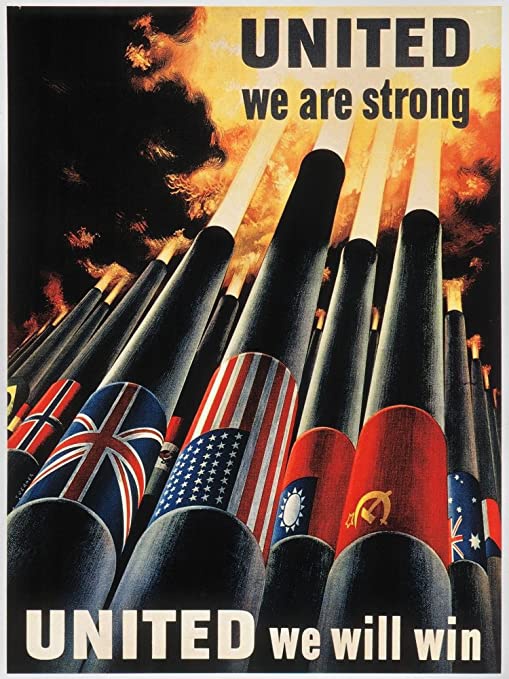 Until 1971 China’s seat in the United Nations was represented by the Republic of China (ROC), the government which had been in control of most of China through the war (there were a number of competing factions, including Mao and the communists) and which had the best relations with the western allies. But the ROC lost the Chinese Civil War and was driven to occupy only Taiwan and a handful of other small islands not long after the war. In 1971 the United Nations shifted recognition from the ROC to the People’s Republic of China (PRC) which now controls mainland China.

Canada lost 42,000 men in World War II, which pales in comparison to the hundreds of thousands or millions lost by some allied powers. But do keep in mind that Canada’s population was only 11,000,000. This means that .38% of Canada’s population died fighting, this is more than the .27% of the US population that died fighting. By the end of the war the 4th Largest air force in the World was the Royal Canadian Air Force, and the Royal Canadian Navy was the third largest in the world, surpassed only by the United States and Great Britain. Canada had an entire beach at Normandy. At Juno Beach the Canadian 1st Infantry Division and Second Armored Brigade provided the bulk of forces, supplemented by British Commandos and a relatively small number of Free French and Norwegian forces serving with the Canadians. They were also commanded by Canadian Major-General Rod Keller. Canada also contributed the bulk of forces to the infamous Dieppe Raid and significant forces to the Battle of Hong Kong. They contributed significantly to the defense of Great Britain and to the security of commerce in the North Atlantic. They liberated the Aleutian Islands alongside the United States. They provided valuable resources to Great Britain and fought in the Italian Campaign, France, and the Low Countries. 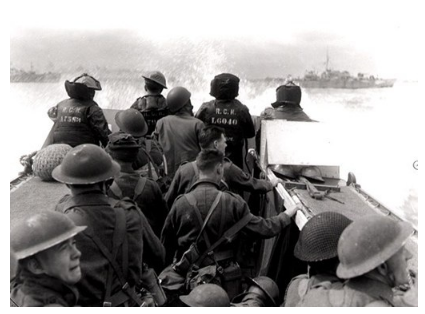 Canada started out weak, but so did the United States. By the end of the war Canada was one of the most powerful countries in the world and, I believe, should have had both a seat on the security council and an occupation zone in Germany.