By OmoobaAlekuwodo (self media writer) | 10 months ago 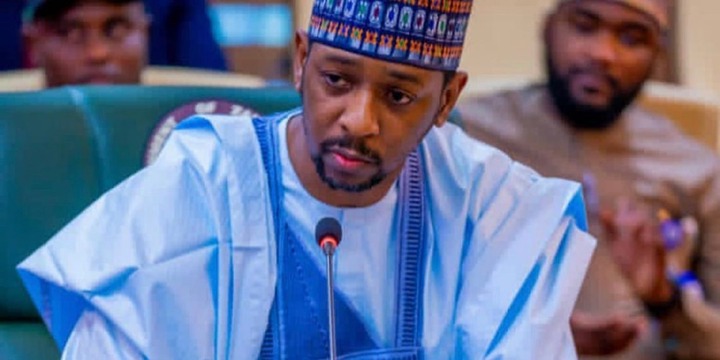 Former Minister of Aviation, Femi Fani-Kayode has questioned Zamfara State Deputy Governor Mahdi Aliyu Gusau over his refusal to decamp to the All Progressives Congress (APC) alongside his boss, Governor Bello Matawalle.

It could be recalled that Zamfara State Governor Bello Matawalle had defected from the Peoples Democratic Party (PDP) to All Progressives Congress (APC) alongside many other elected political office holders in the state.

It could be surprising that the former Minister of Aviation, Femi Fani-Kayode who is also a high ranking member of the opposition Peoples Democratic Party (PDP) is admonishing Zamfara State Deputy Governor Mahdi Aliyu Gusau to defect to the ruling All Progressives Congress (APC) alongside his boss, Governor Bello Matawalle.

The fact is that Femi Fani-Kayode has just told Mahdi Aliyu Gusau the bitter truth he might really not want to hear.

It is important for the Zamfara State Deputy Governor Mahdi Aliyu Gusau to take lesson from some other deputy governors who have, in the previous time, stood against the interest of their boss.

The fact is that the defection of Zamfara State Governor Bello Matawalle had marked the end of PDP era in the state.

Interestingly, it was not that both Governor Bello Matawalle and Deputy Governor Mahdi Aliyu Gusau won the election on ballot. With ballot, All Progressives Congress (APC) is the party to beat when it comes to Zamfara State politics.

If Mahdi Aliyu Gusau refused to defect to the ruling All Progressives Congress (APC) because he is eyeing the governorship ticket of the Peoples Democratic Party (PDP), it is unfortunate to inform him that he is building his ambition in nothing.

With the defection of Governor Bello Matawalle to All Progressives Congress (APC), it will be difficult for Peoples Democratic Party (PDP) to withstand the political popularity of APC in Zamfara State.