By Watchdog.com (self meida writer) | 11 days 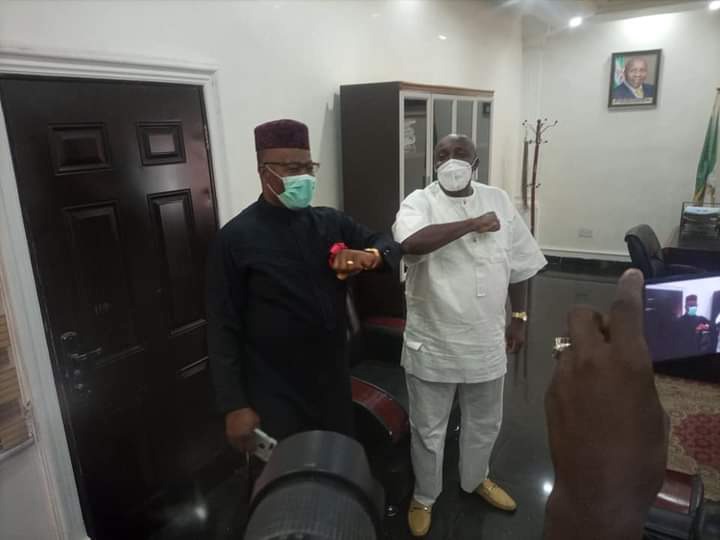 Senator Akpabio who paid the courtesy visit to the National Secretary at his Abuja office earlier today, said that the rationale behind his visit was strengthen the party, and also used the medium to chart a new course for the unity of the party's members in the state level.

The Honourable Minister who also reveled amidst supporters that he emerged governor of Akwa Ibom State in 2007 because of Senator Udoedeghe, adding that the Ag. Secretary is not just his brother, but a confidential ally.

Speaking, Senator Udoedeghe thanked the Minister for stopped by to see him, admitting that Akpabio is not just a member of his party, but a brother and inlaw.

Reacting to the widespread news that the duo have been in loggerhead with each other over the leadership of the state's party structure, the National Secretary clearly stated that there's no rift between him and his brother. He advised that overzealous supporters should desist from creating problems for their masters where there's no problem.

Between Ifedioku And Chioma Rowland, Who Do You Think Is More Beautiful?