President Buhari, please do something

The insecurity that was rife during the administration of Goodluck Jonathan was one of the most significant factors that contributed to his loss in the 2015 general elections. In that period, Boko Haram activities grew very worrisome and there were reports of attacks almost every day. The most significant was the abduction of girls from Chibok that led to international outrage.

Muhammadu Buhari was the soldier and former head of state who was supposed to have the solution to the country’s insecurity challenges. Many especially in the north were becoming frustrated with the attacks and welcomed the prospect of a former head of state being at the realms of affairs of the nation. 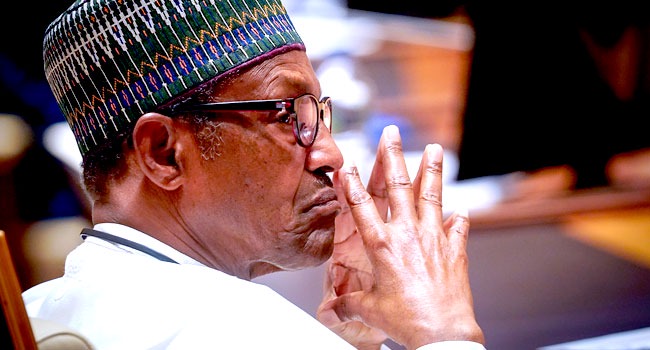 It seems so far that the same insecurity that led to Jonathan’s exit is bedeviling the Buhari administration. Reports on atrocities carried out all over the country has raised concerns about how much of these issues the president would address.

There is a sense of leadership missing in all these things happening in the country. At a point where Nigerians need the assurance of the commander-in-chief of the armed forces, he is nowhere to be seen or heard.

Instead, Nigerians are left with a Garba Shehu whom sometimes it’s difficult to tell whether he is talking for the presidency or speaking his own opinion.

This is not the time for President Buhari to go silent as usual and hope this would go away. This is the period for action and actively engage with Nigerians directly. It would help to lift the spirit of a sizeable number of Nigerians if the president shows concern through his own sense of humanity and not through his media aides.

Ultimately, the insecurity the country is facing on a large scale puts a dent on the image of Buhari as a warrior who can lead a battalion to victory if given a chance.

Check Out What An Islamic Group Revealed About The Loss Of Pastor Adeboye's Son.

Reactions As Mercy Aigbe And Rihanna Stuns In The Same Outfit

Opinion: Igboho Was Wrong For Saying He Won't Send Condolence Message To Adeboye After His Son Died

Sunday Igboho Refuses To Sympathize With Pastor Adeboye, See Why?