“The Protest Is Not About Ending SARS, It Is About Buhari's Government” Senator Kabiru Marafa 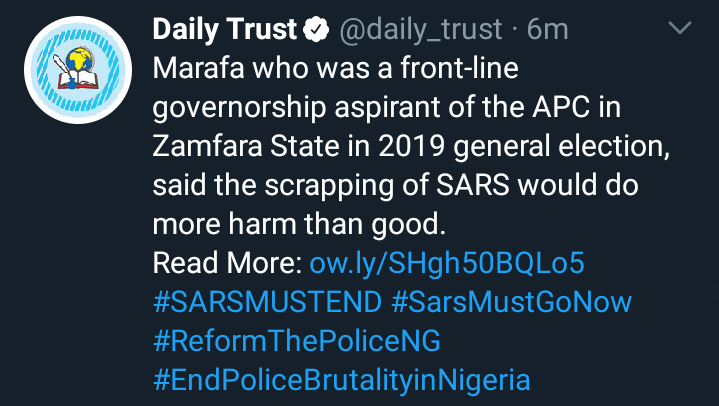 A former Senator of the Federal Republic of Nigeria and former Governorship aspirant of the APC in Zamfara State, Senator Kabiru Garba Marafa has sent a cautious message to President Mubammadu Buhari not to give in to the recent protest around the country, that is was not intended to end SARS but to frustrate the present government of President Muhammadu Buhari. 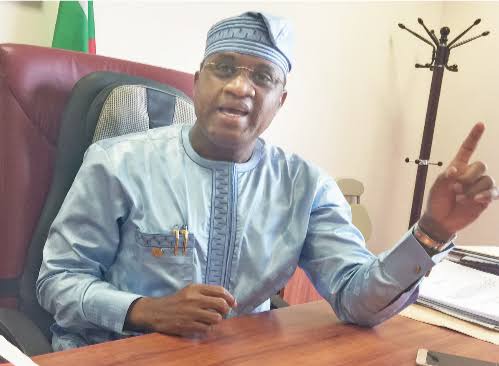 Senator Marafa's view was reported by the Daily Trust Newspaper today, Tuesday 13th October 2020. Beginning from last week, Nigeria youths rallied under the hashtag #EndSars and took their protests to the streets of some Nigerian cities demanding that the anti-robbery police unit be scrapped following numerous incidence of human abuse, extortion, and murder of innocent Nigerians, mostly youths.

The Inspector-General of Police had on Sunday announced that the Special Anti-Robbery Squad aka SARS has been dissolved, but even with the declaration, the protest is yet to end. More youths are joining the protest under the same banner, End SARS, that is the most alarming reality that has brought about suspicious about the integrity of the protest. If it was meant to end SARS and the unit has been dissolved, why are protesters still on the street! 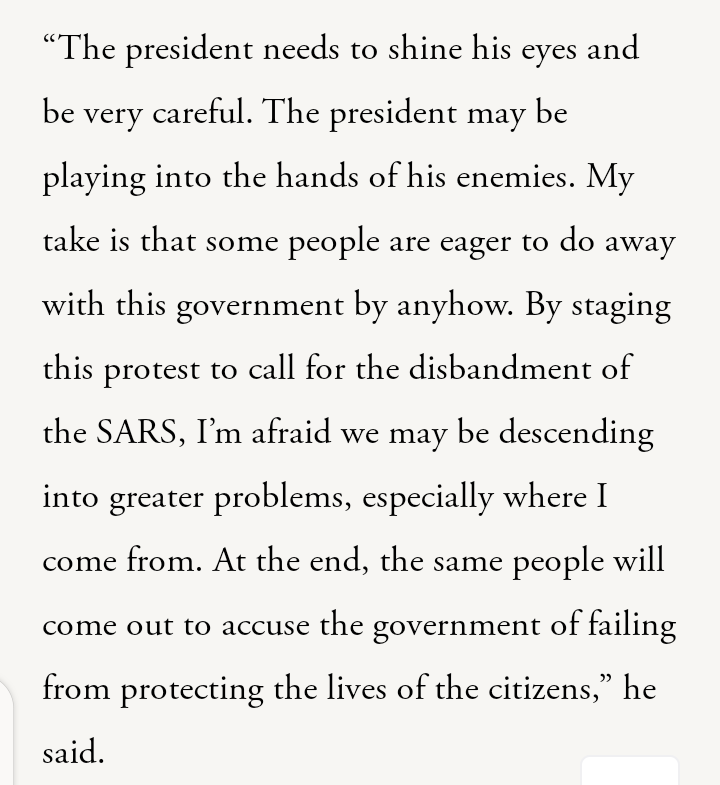 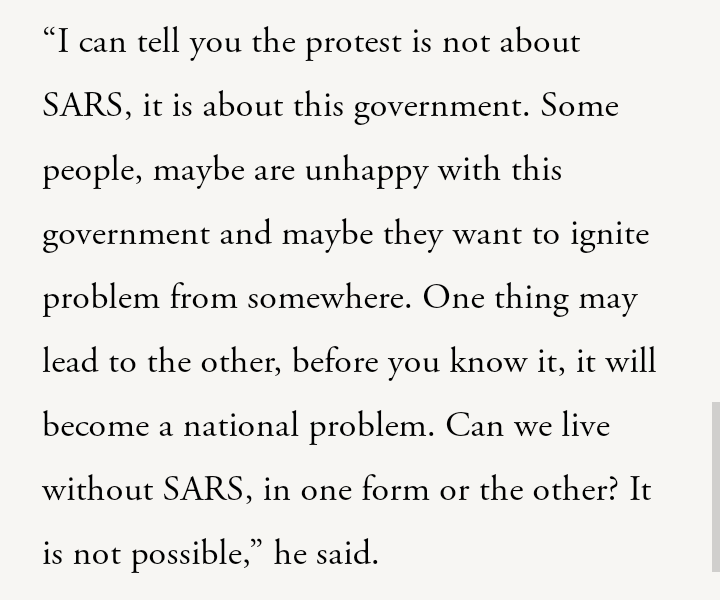 Senator Kabiru Garba Marafa is convinced the protests had a more sinister agenda: first, ending SARS would promote the criminal activities that the unit was created to fight, arm robbery and kidnapping; and the more criminal activities there are, the more the image of Buhari's government is tainted. Marafa believes the President's political enemies are using the end SARS protest against him, warning that banning SARS would frustrate the administration's effort in fighting crime and insecurity in the country. He cautioned the President to “shine his eyes” else the protest will bring about the bad than good.