Texas abortion law and its controversies

By Naplibs (self media writer) | 1 month ago

On September 1, 2021, the Supreme Court decided not to block a Texas bill that effectively bans abortions after the 6-week mark. The new law is highly contested by public health experts and many organizations dedicated to safeguarding female health. How can this ban affect well-being and access to healthcare in the long term? 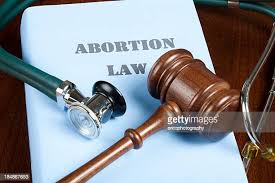 An activist, who declined to be named, speaks outside the Supreme Court in protest against the new Texas abortion law, in Washington, D.C., on September 2, 2021. 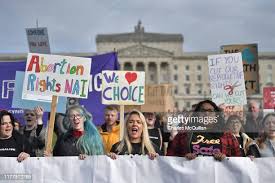 In Texas, as of September 1, a controversial abortion bill that Governor Greg Abbott signed into law in May have become effective, following the Supreme Court’s decision not to block it.

The new law, also known as Senate Bill 8 (SB8), effectively bans abortions after 6 weeks of pregnancy. This is calculated as starting from the date of a person’s last menstrual cycle, when, the bill alleges, the “fetal heartbeat” is most often detectable.

Since the Supreme Court announced its decision, the new law has come under strong public scrutiny, with many experts and public figures pointing out that what legally counts as “6 weeks of pregnancy” is too soon for most people to even realize that they are pregnant. 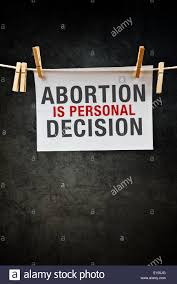 Most other states that allow abortions have set the cut-off point at 20 or 24 weeks of pregnancy, when most fetuses are considered viable — that is, likely to survive.

The fetal heartbeat allegedly detectable in the early weeks of pregnancy, according to SB8, “has become a key medical predictor that an unborn child will reach live birth.” Yet many experts contest the idea that a heartbeat is possible in a fetus at this stage.

The first point of contention regarding the medical accuracy of SB8 concerns the fetal heartbeat and just how early it is detectable.

The text of the bill states that “cardiac activity begins at a biologically identifiable moment in time, normally when the fetal heart is formed in the gestational sac” and implies that this occurs around the sixth week of pregnancy.

But while activity akin to a heartbeat may be detectable at around 5 weeks, health experts explain that this is not technically a heartbeat — since, at that point, the embryo does not have a fully developed heart.

“Embryo” is the medical term used during the first 8 weeks of pregnancy. This activity may be more accurately described as “embryonic cardiac activity,” as it refers to electrical impulses fired between cells that will help regulate the heartbeat once the heart is fully formed.

Are people even aware of pregnancy at 6 weeks?

Many public figures have insisted that the 6-week cutoff point may prevent abortion access because many people may not be aware that they are pregnant within this time frame.

Women or people assigned female at birth may also have irregular periods due to conditions such as polycystic ovary syndrome or hyperthyroidism.

Other factors that may cause this irregularity include stress, perimenopause, changes to hormonal levels, and birth control medication.

Each of these factors can keep a person from recognizing a missed period as a sign of pregnancy.