[OPINION] No Matter The Advice Given On 2023 Elections In Nigeria, The Decision Of The Lord Is Already Set

By OlowookereAdebayo01 (self media writer) | 8 days ago 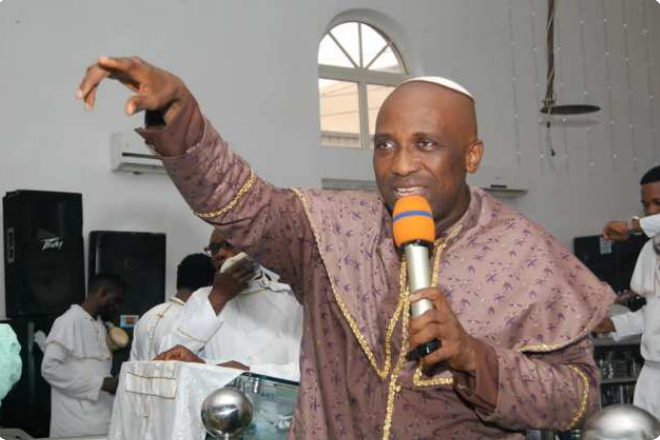 Primate Ayodele of the INRI Evangelical Spiritual Church has again issued some prophecies as regards politics and politicking of the two foremost political parties in the country, PDP, and APC. He has advised from the spiritual concerns on what the parties should do in the selection of some principal personnel of the party, that could guarantee them success at the 2023 presidential polls.

Nigeria as a nation is not new in the area of politics, parties internal politicking and impending elections. The 2023 election would make it the 7th democratic election that would have been conducted in Nigeria since the successful transfer of power from the military government to the civilian in 1999. The Lord is duly aware of the situation of things in Nigeria. We must not at any time think God has left the country and has declined every prayer of the saints and believers for the return of good things, most especially in the area of governance in the country. The Bible says in Psalm 22:28,

KJV: For the kingdom is the LORD's: and he is the governor among the nations.

AMP: For the kingship and the kingdom are the Lord's, and He is the ruler over the nations.

Every nation in the universe is under the jurisdiction of God. He created the heavens and the earth. He also knew what every nation would become, even right before they become anything in life. One very significant aspect of God's impact in the governance of nations is His will, concerning how a nation should be ruled.

In the area of who should and who should not rule, God has not signified His stand. He has, however, affirmed His position, even, with instances from the Bible, on the fact that whoever is enthroned must follow the laid down precepts of doing the will of God, as it is enshrined in His commandments. We could see this in the kingship of King Ahab. Even though he was a terrible king, with evil antics, throughout his regime, God still defended him in the time of war and preserved the throne, because of his covenant for Israel.

As we can see, no matter the advice given to human beings on how to win the election and how the strategies to input should be, the exact person that would emerge as the winner has been determined. For everyone who is enthroned in any nation, God already has a set agenda for such a person. Hence, whoever wins an election in a nation at any time, God is aware of it and has already set an agenda of rule for the person to accomplish according to His will for the entire duration of the rule.

The covenant of God stands for every nation, and Nigeria is not an exception. 2023 shall come and go, and another election would still come, 2027 (if God tarries in His coming). Nigeria is set in the target point of Africa. As some psychologists and analytical researchers have studied; the map of Africa is similar to an inverted pistol, and Nigeria is the trigger. Truthfully, if we would check the map of Africa, it is exactly as it was explained.

Nigeria is the target of Africa. Anything that happens in Nigeria would affect every other African country. This is the period when the nation needs serious prayers and proactive steps to make things work. The citizens of the country are not to sit on the fence as regards electioneering and being actively involved in politics.

Politics is good, and it is an avenue for everyone interested in governance to showcase one's gifts and prowess in making things work positively in the country. Gone are the days when churches would sit in the church and dissuade members from joining politics, in that it is a dirty game. Pastors and ministers of God are now standing up to be actively involved in the Nigerian political struggles.

It is our prayers that Nigeria will come out stronger and would overcome her many travails struggles.