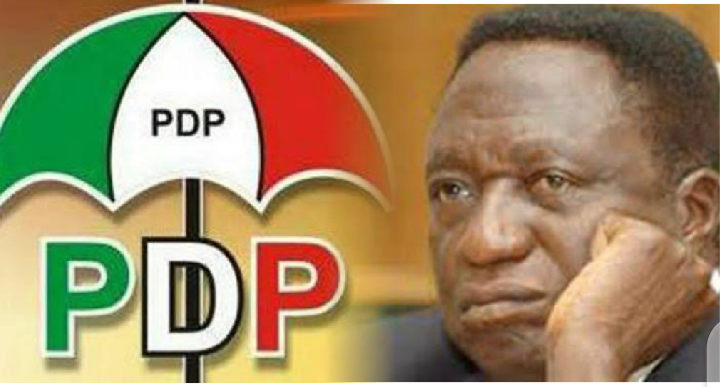 The search for a new national chairman of the Peoples Democratic Party, PDP, is far from nearing an end, following new developments in the last 48 hours.

Until recently, Senator David Mark, former President of the Senate was on the driving seat as no less than six governors elected on the platform of the party championed his aspiration and reached out to prominent party leaders prior to the National Executive Committee, NEC, meeting which held on Thursday. 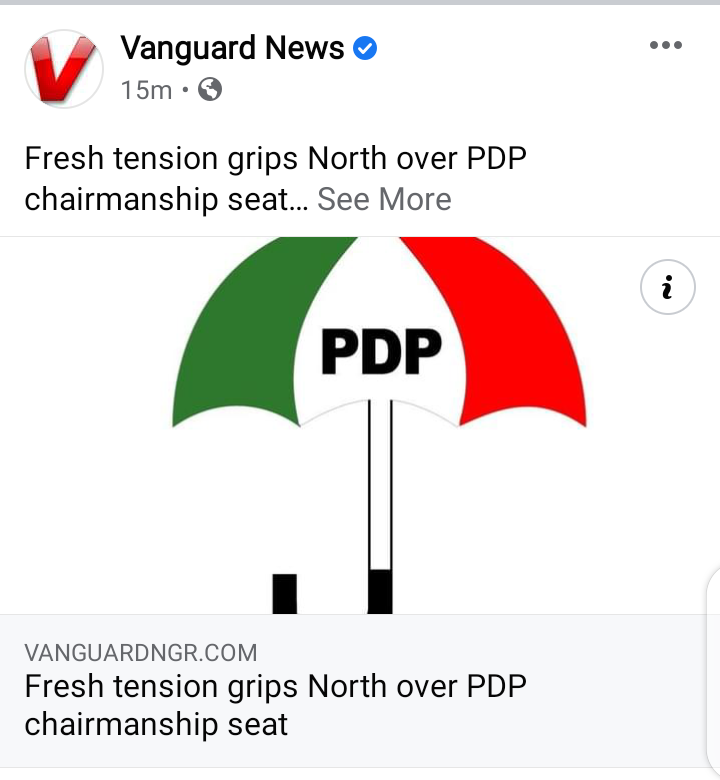 Vanguard gathered exclusively that few hours after the NEC meeting, PDP stakeholders from the North gathered at the Bauchi Governor’s lodge, Asokoro for yet another crucial meeting. A reliable source and confidant of one of the governors confided in this medium that four out of the five PDP governors from the North suggested that the chairmanship be zoned to the North-Central, but same was turned down by other stakeholders who argued that it was better for the office to be thrown open to the three geo-political zones in the North.

A Federal High Court in Abuja has ordered former Registrar of the Joint Admission and Matriculation Board (JAMB), Professor Adedibu Ojerinde to pay N100,000 witness’ expenses to the prosecution for stalling proceedings in his trial for alleged diversion of over N5.2billion public funds. 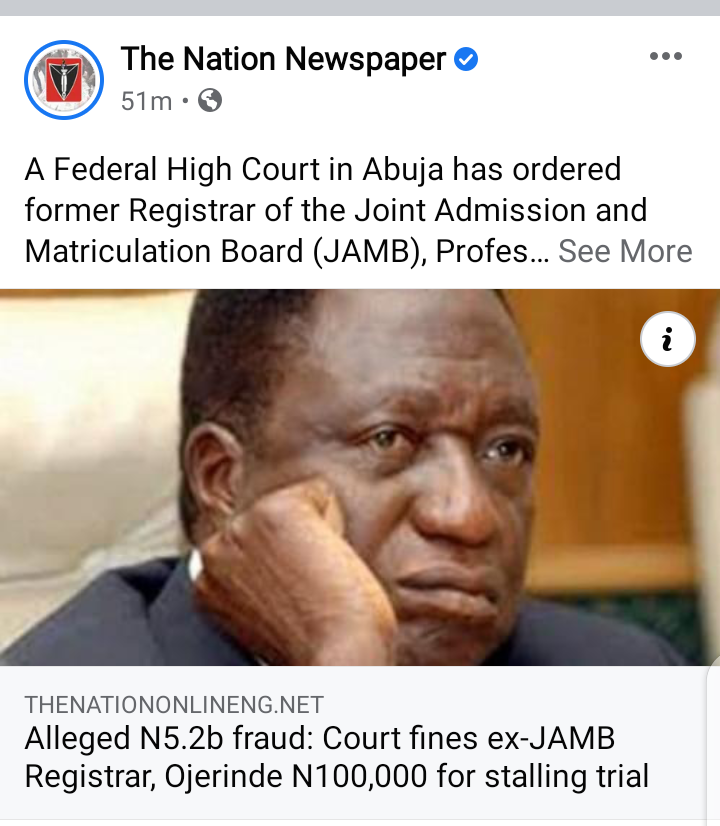 Justice Obiora Egwuatu handed out the order while ruling on Friday on an application for adjournment made by Ojerinde’s new lawyer, Doyin Awoyale.

At the mention of the case, lead prosecuting lawyer, Ebenezer Shogunle, said the case was set down for the commencement of trial, and that the prosecution as three witnesses in court.

Awoyale said himself and others were just briefed by the defendant to represent him.

He sid since the previous defence lawyer left, the defendant’s new legal team requires time to familiarise itself with the case.

The Minister of Special Duties and Inter-Governmental Affairs, Sen. George Akume, has said the contest for All Progressives Congress (APC) National Chairmanship, is not a do-or-die affair by aspirants. 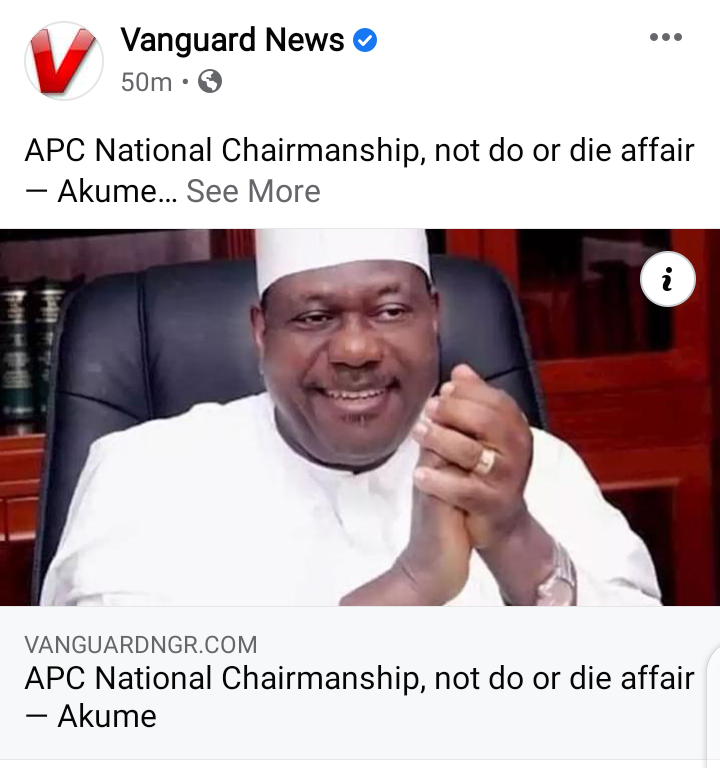 Akume, a former governor of Benue said this in Abuja when he received members of Middlebelt Youth Vanguard, who named him the Grand Patron of the association.

He said that his major concern was for the position to be zoned to the North-Central.

Dr. Monday Ubani, ex-2nd National Vice chairman of Nigeria Bar Association (NBA), has written to President Muhammadu Buhari on the abandonment of the dilapidated Umuahia-Ikot Ekpene road after a widely reported award of N13, 296,283,958.68 contracts for the construction and rehabilitation of Umuahia/Ikwuano/Ikot-Ekpene Road by the Federal Ministry of Works. 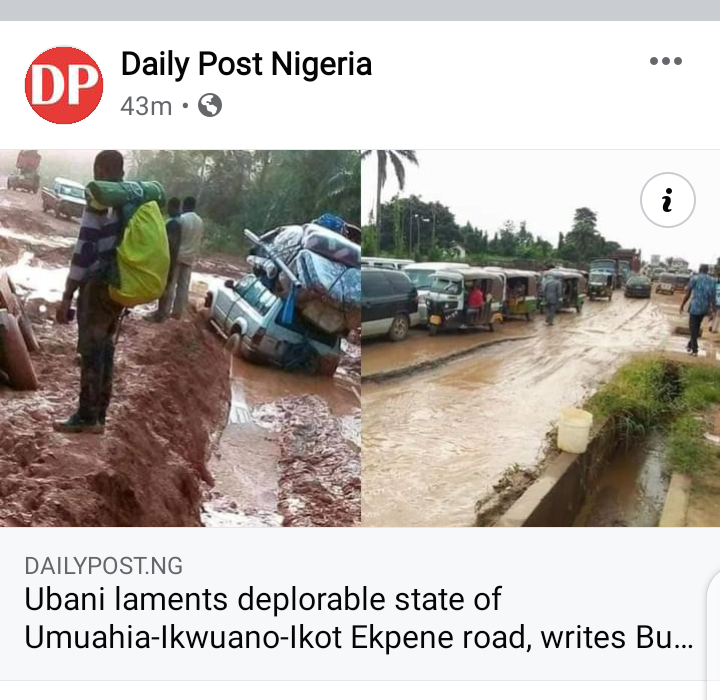 In a letter dated October 1, 2021, and addressed to Buhari, Ubani, a human rights lawyer, lamented that people had suffered enough concerning the sorry condition of the road.

His letter came on the heels of the recent protests by students of Michael Okpara University, Umudike, in Abia State, asking the government to repair the deplorable Umuahia-Ikwuano-Ikot Ekpene federal road which many linked to the reported death of a 500-level student of the Department of Fisheries and Aquatic Resources of the institution, Miss Chidinma Ogbonna, who was killed instantly after being hit by a trailer driver.