By ReignJerry (self media writer) | 8 days ago

General Olusegun Obasanjo became the Military Head of State in 1976 after the assassination of General Murtala Mohammed and he spent three years in office before Shehu Shagari took over on October 1, 1979.

General Sani Abacha led a palace coup that overthrew Chief Ernest Shonekan who was appointed by Babangida as interim president on August 26, 1993 and had only spent three (3) months in office. A year later, Sani Abacha issued a decree that placed his government above the jurisdiction of the courts which gave him absolute power, but in 1995 some people wanted to change his government forcefully and tried a coup which was later foiled. General Sani Abacha blamed Olusegun Obasanjo for being the brain behind the coup which he denied.

Obasanjo was sentenced to life jail in 1995 by Sani Abacha after he was tried by a military court for conspiring to overthrow him. Olusegun Obasanjo had spent 3 years in Kirikiri, Jos and Yola Prisons, but a week after the death of Sani Abacha on June 8, 1998, he was released by the administration of Abubakar.

Obasanjo claimed that he had no money when he regained freedom and that he was not able to pay the tuition fee of his children. Olusegun Obasanjo revealed how the founder of the Cable News Network (CNN), Mr. Ted Turner rescued him financially. Ted Turner initially gave Obasanjo $50,000, and after he received it, he looked unhappy and told him that the money was not enough. Ted Turner added $100,000 and the money helped Obasanjo to start a new life and also made him settle his children' tuition abroad. 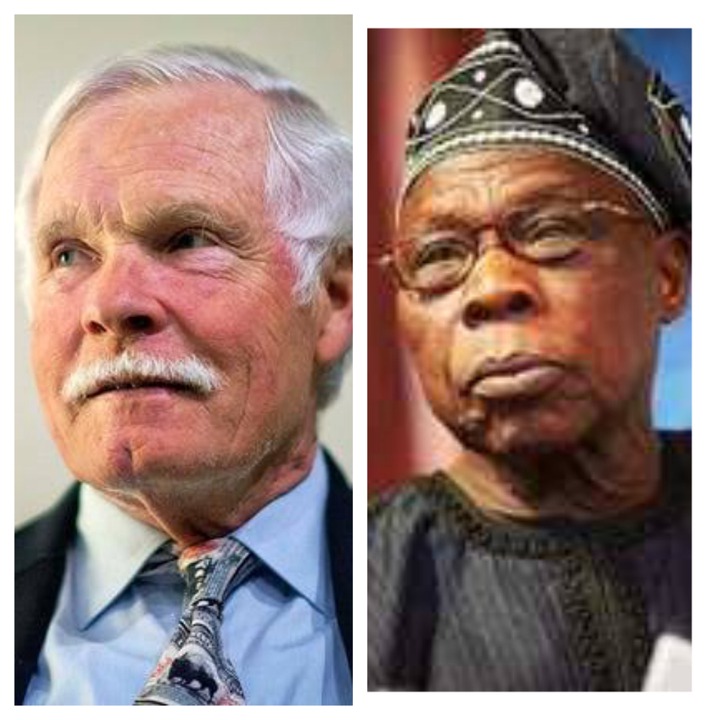 Mr. Ted Turner is a philanthropist, television producer, an entrepreneur and a businessman. He is the founder of CNN, which is the first 24-hour cable channel.

Ted Turner is a good friend of Obasanjo and their friendship has lasted for years.

Sources: City Pulse And This Day