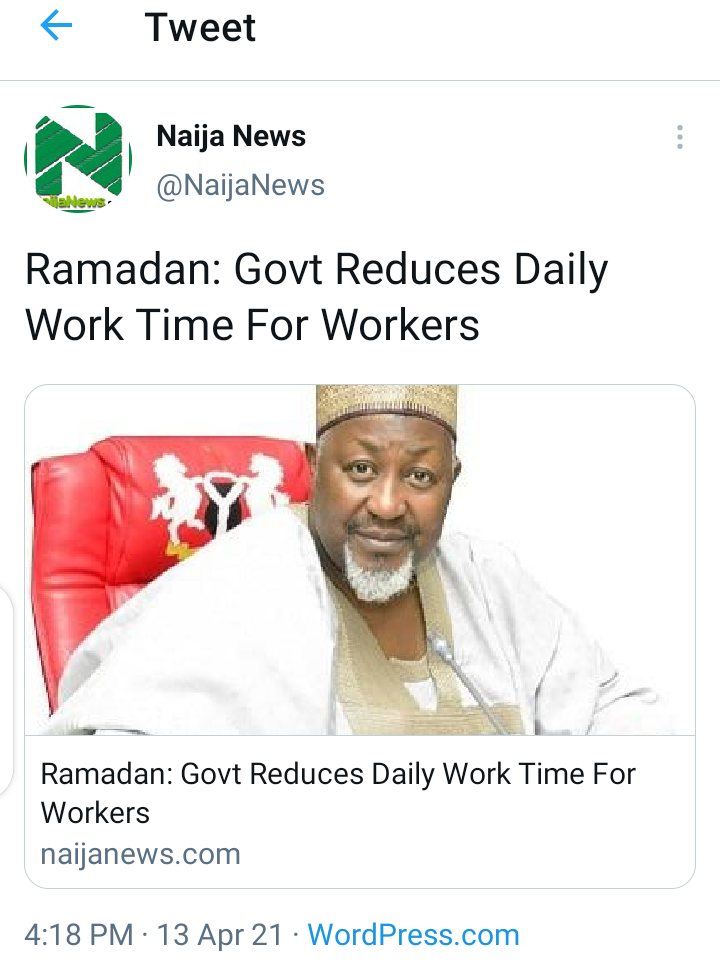 The government of Jigawa State has announced a reduction in the daily work time of civil servants in the state throughout the period of Ramadan fasting.

According to a statement on Tuesday by the spokesman, Office of the State Head of the Civil Service Alhaji Isma’il Ibrahim, workers in the state will now resume by 9am and close by 3pm from Mondays to Thursdays during the Ramadan fast. 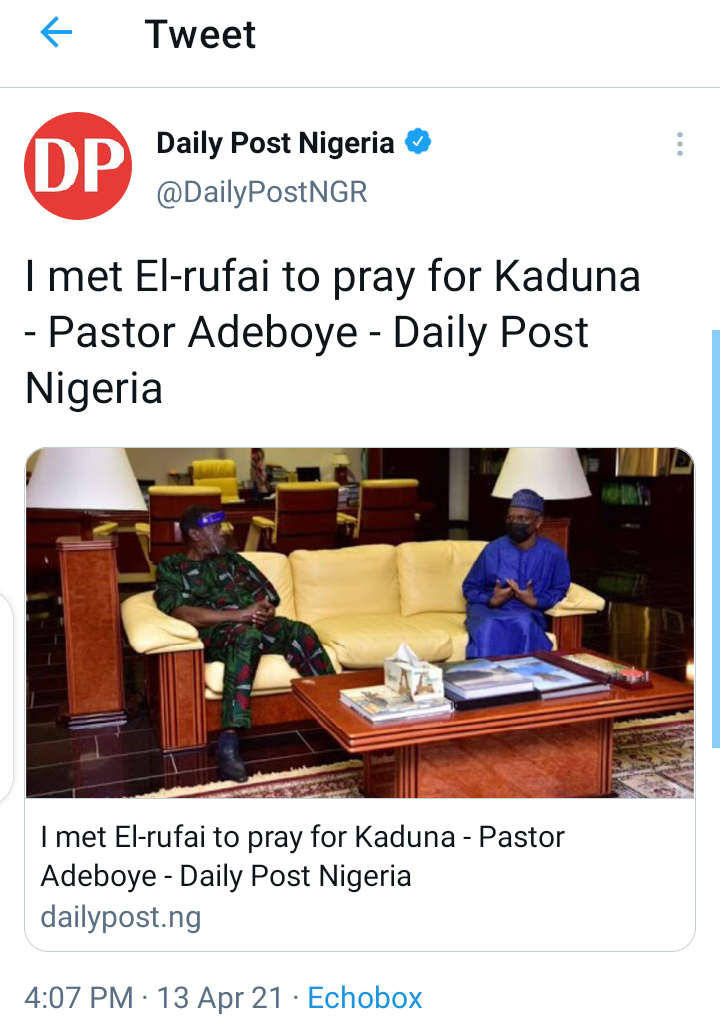 Pastor Enoch Adeboye, the General Overseer of the Redeemed Christian Church of God, RCCG, has disclosed why he visited governor Nasir El-Rufai in Kaduna on Tuesday.

Adeboye met with El-Rufai at the Sir Kashim Ibrahim Government House in Kaduna.

Giving his reason for the visit, Adeboye in a thread on his Twitter page said he was in Kaduna to see members who were recently released after they were kidnapped.

He, however, mentioned that he met with El-rufai after the governor appealed to him to pray for the state. 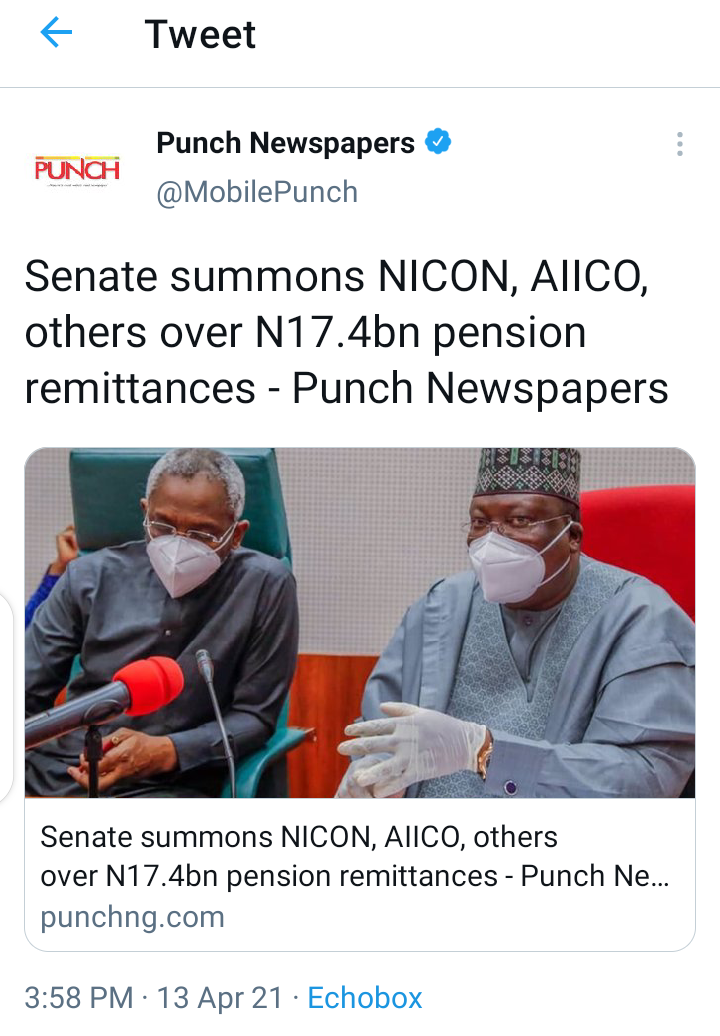 The Senate Public Accounts Committee has summoned the management of the NICON Insurance Plc, AIICO Insurance and other insurance companies over their alleged failure to remit N17.4bn pension fund to the Pension Transitional Arrangement Directorate.

The Senate hinged the summon on the 2016 report of the Auditor-General for the Federation which unraveled the alleged non-remittance of N17.4bn pension fund to PTAD. The management of Dangote Cement Plc. says that the price of a bag of cement from its factories and plants in Obajana and Gboko is N2,450, and N2,510 at Ibese.

He said that these were the prices of cement which included the Value Added Tax (VAT) as at April 12.

According to him, the clarifications become necessary in view of the recent insinuations that the company sells cement in Nigeria at higher prices relative to how much it sells it in other countries, particularly in Ghana and in Zambia. 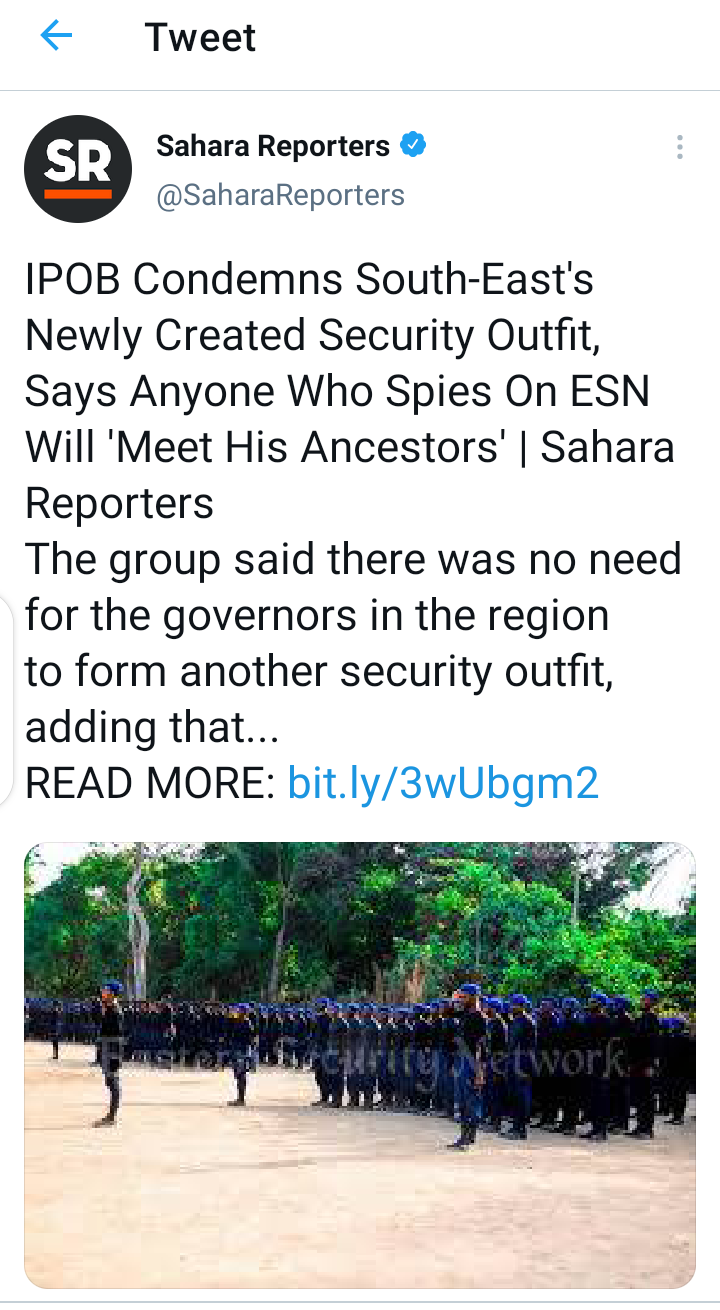 The Indigenous People of Biafra (IPOB) has condemned the newly created joint security outfit, Ebube Agu, in the South-East region.

The group said there was no need for the governors in the region to form another security outfit, adding that such a group is against the Eastern Security Network.

The group, then, called the governors in the region timid and traitors in their approach of floating an “abstract security called Ebube Agu to secure the zone from Fulani terrorists.

the separatist group warned that anyone who joins Ebube Agu to spy on ESN will meet his demise. 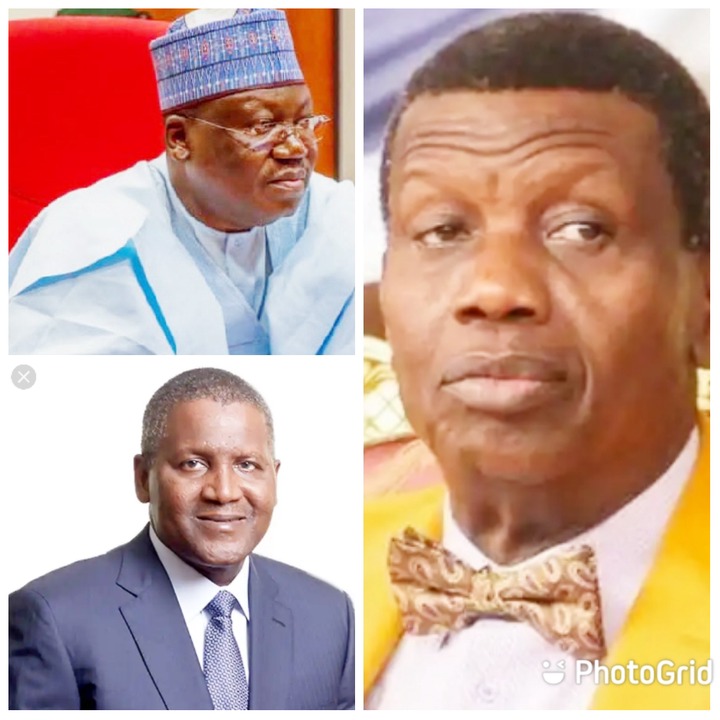 Checkout The Money An Indian Man Requested From Dangote’s Son-In-Law, Jamyl, That Made Him Laugh.