The Nation reports that Wike’s special assistant on media, Kelvin Ebiri, in a statement said that the former governor of Abia state made the commendation at the 2021 Sun Newspapers Award ceremony at the Eko Hotel, Lagos at the weekend. 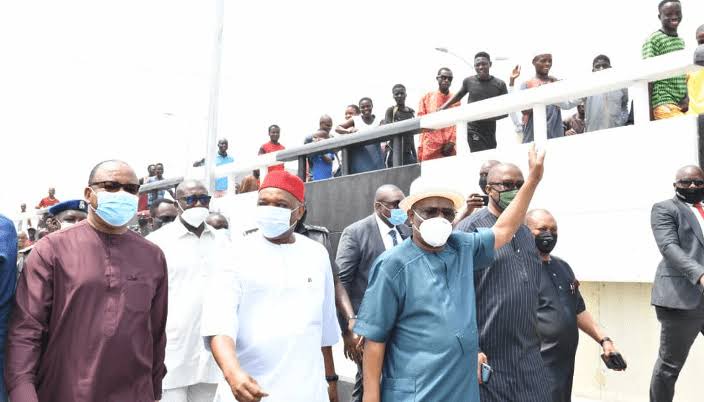 It was gathered that Uzor Kalu said that despite being a member of the All Progressives Congress (APC), the truth must be told that Governor Wike is doing well.

He was quoted to have also commended Wike for his courage to speak the truth to power in the country.

Kalu, who is also the publisher of The Sun Newspapers, described Governor Wike as “his good friend who has not allowed political differences to separate them.” 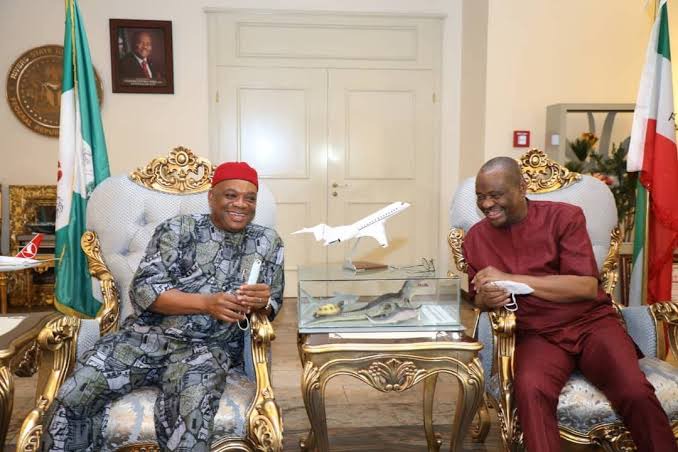 Also speaking, the minister of sports and youth development, Sunday Dare, commended the Rivers state governor for his statesmanship and apolitical posture.

The minister recalled that Governor Wike invited him, an APC member to commission the Real Madrid Football Academy in Port Harcourt.

Dare said that such a posture was very good for the political development of the nation.

Just recently, the minister of Niger Delta Affairs, Godswill Akpabio, noted that he will not join others to lobby Governor Wike into the All Progressives Congress (APC), adding that the ruling party has enough problems to deal with at the moment.

Akpabio went on to state that he will only describe Wike as a performing governor when he joins the APC .

The minister said: “I will not join others to lobby you to the APC. We have enough problems in the APC already. 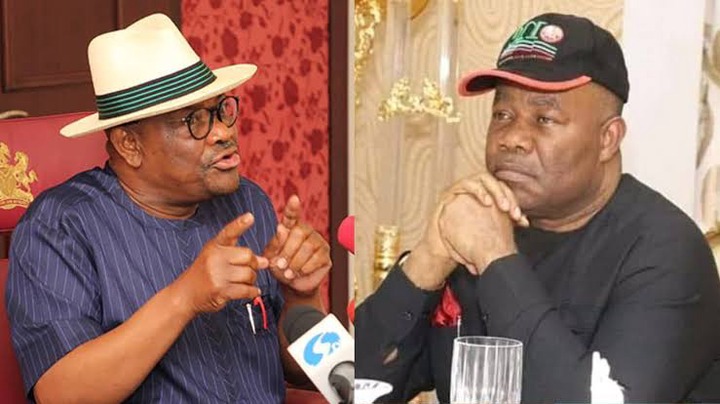 Reacting to this, Governor Wike compared both parties by saying that he will not defect from “where there is malaria to a place where there is cancer”.

Governor Wike noted that Akpabio became an uncommon governor under the Peoples Democratic Party (PDP) and not on the platform of the APC.

The Rivers state governor, therefore, urged the minister to return to where he was uncommon.

He said:“I thought we came to inaugurate this project. I didn’t know Akpabio will turn it into a political campaign. I prefer to stay where there is malaria to where there is cancer.

Malaria is treatable but cancer at the fourth stage is not treatable. I don’t want to die now.

Meanwhile, Governor Nyesom Wike has boasted that his successor will come from the Peoples Democratic Party (PDP) and no other party. 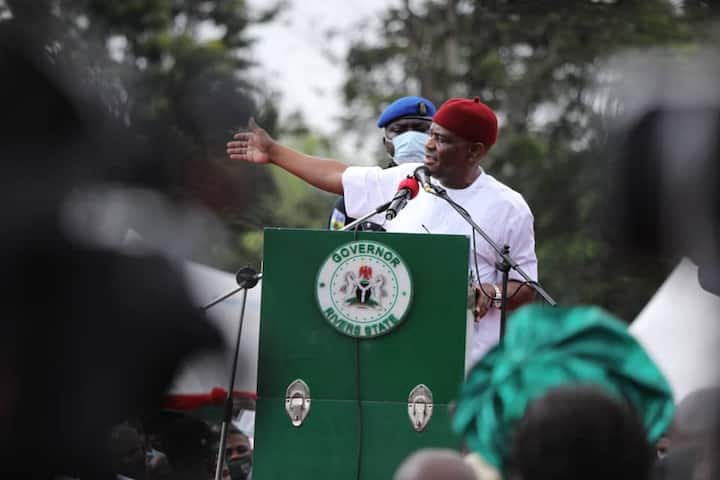 The governor disclosed that work was ongoing to ensure that the party also clinches victory at the forthcoming presidential election in 2023, The Nation reports.

He assured the people that no project in the state awarded by this administration will be abandoned as he plans to complete all over them before his tenure ends.

Addressing a crowd of PDP members who had gathered to receive those defecting from the All Progressives Congress (APC) at the weekend in Port Harcourt,

Wike stated:“No one project awarded by this administration will remain abandoned before we leave on the 29 May 2023.

“And then, another PDP government will come and take over from us. Let me assure you, God has already sealed it.

“Let nobody bother himself, PDP will take over Rivers State again because it is very obvious. Why will PDP take over?

We will take over because we have made promises to you and we have fulfilled the promises.”

Addressing the defectors, the governor said, unlike the opposition APC , the PDP in the state has never been owned by an individual.

Governor Wike gave the defectors the assurance that they would not be left out but will actively take part in any decision to pick his successor.