OPINION: 2 Reasons Why Danladi Umar Should Be Removed As CCT Chairman Over "Biafra Boy" Comment

Ever since last week Sunday, March 30, Chairman of the Code of Conduct Tribunal (CCT), Danladi Umar has been heavily critisized for physically assaulting a security guard over a parking space at the Banex Plaza, Wuse 2, Abuja. Then, while issuing official statement via CCT spokesperson Ibraheem Al-Hassan, he accused the security man of being rude and had threatened him. 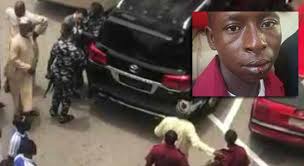 However, Umar then described him as a "Biafra Boy". In the viral video, it took the intervention of the police who quickly came to the scene and restrained him from violently kicking the guard. He was later led into his car. In its response, Nigeria Bar Association, NBA described the incidence as an unfortunate one, vowed to investigate and do justice to the matter!

In this article, 2 reasons why Danladi Umar should be removed s CCT Chairman Over "Biafra Boy" comment are explained and I hope it will help Nigeria Bar Association, NBA in its investigation. 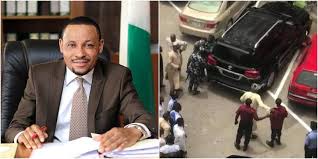 1. The viral video is a big evidence. It is obvious that he attacked, assaulted the innocent security guard in the course of his duty. It doesn't matter whether Umar was provoked or not by the man. As a man in the corridors of power, he should be at all times in guard of his temper but failed in this regard. Even if the guy had actually slapped him first and Umar equally responded in return, I would still recommend his removal. By virtue of his office, Danladi has failed woefully.

2. Secondly, the disgraceful official statement issued aftermath of the assault is another evidence that CCT Chairman should be removed. Moreover, the use of "Biafra boy" to describe the security guard is rather unfortunate and doesn't befit a public office holder of such nature. Also, the writing style and grammar in the press release is a big shame. My believe is that Danladi might not have read it before it was released to the public via CCT spokesperson. But if he had read and approved it, it is then a mediocrity! 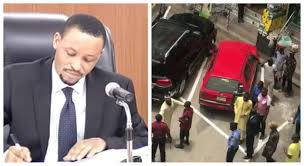